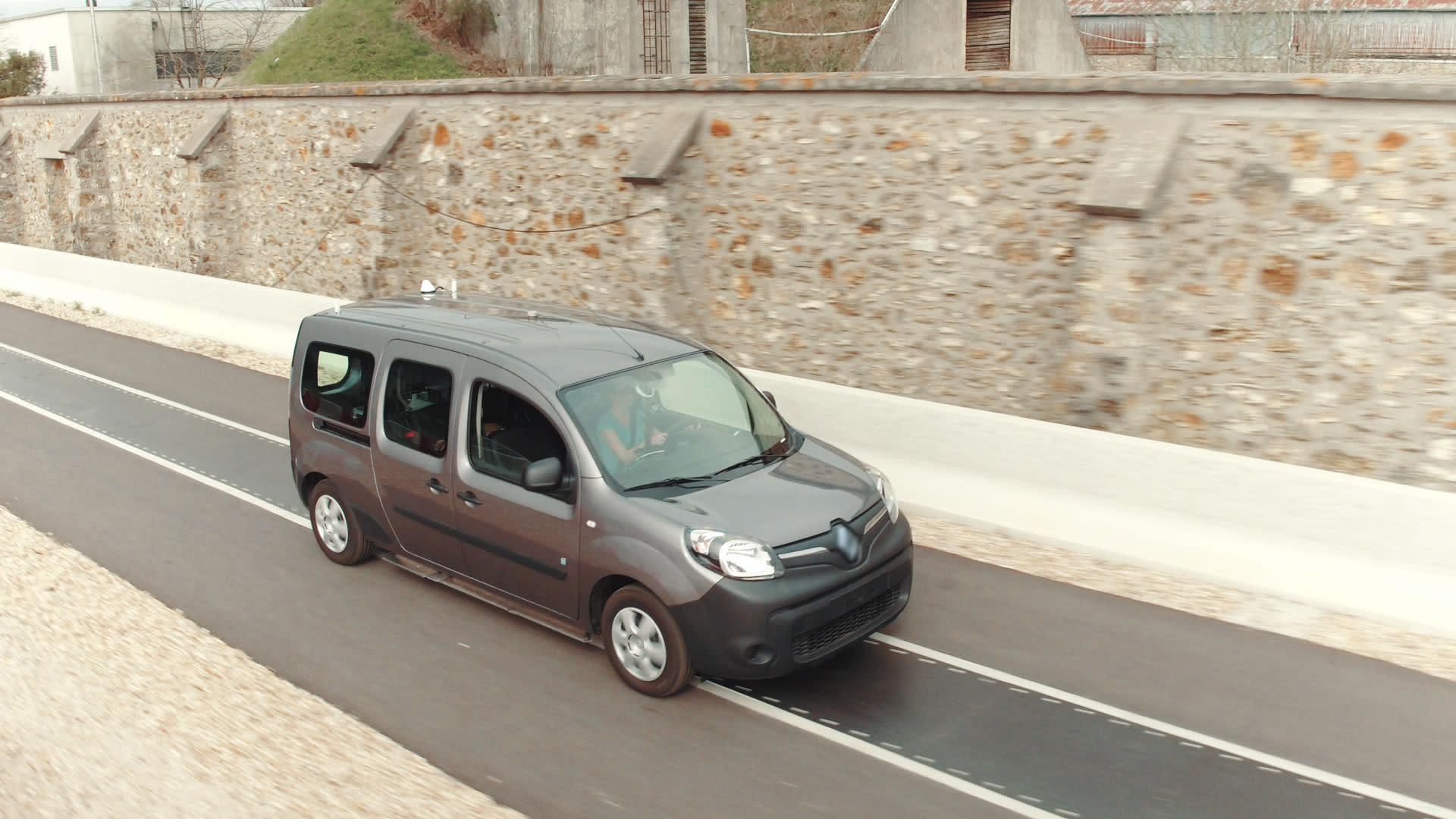 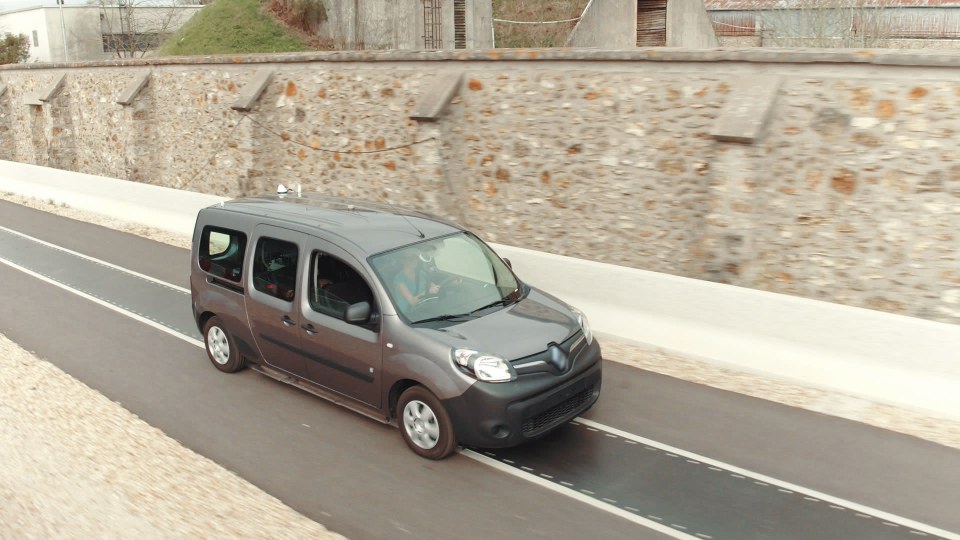 Forget about better batteries, what if you could just drive your EV forever? Qualcomm just showed off technology called dynamic electric vehicle charging (DEVC) that juices an EV via road-embedded wireless charging hardware while you're driving. During the demonstration, two Renault Kangoo vehicles equipped with Qualcomm's "Halo" DEVC receivers were charged simultaneously while moving down a 100 meter test track.

Based on Qualcomm's wireless electric charging (WEVC) tech, the track can charge vehicles driving at highway speeds in both directions (both in forward and reverse) at 20 kW max. If it works, the tech could be used in a system that lets you call a car using a smartphone, get picked up where you are and be whisked to your destination autonomously (as shown in the animated video, below).

The track was built at Versailles near Paris by France's Vedecom as part of the EU's €9 million FABRIC project, which is testing DEVC feasibility as a means of EV range extension. There are 25 organizations tackling it, including automakers, suppliers and researchers from nine European countries, Qualcomm says.

The group isn't the only one considering dynamic charging. Honda has also developed and tested a system that "enables dynamic charging with a charging power of 180 kW while driving at a vehicle speed of 155 km/h (96 mph)," it said in a paper. The infrastructure costs would be a big barrier to the development of such a system, but could perhaps be offset by a user-pay system for electricity or other means.

Qualcomm will now hand its DEVC charging system to Vedecom, which "will evaluate the operation, safety and efficiency of energy transfer to the vehicles for a wide range of practical scenarios, including vehicle identification and authorization on entering the track, power level agreement between track and vehicle, speed and alignment of vehicle along the track."

In this article: applenews, DEVC, DynamicCharging, ElectricCars, EVs, gear, Qualcomm, transportation, WirelessCharging
All products recommended by Engadget are selected by our editorial team, independent of our parent company. Some of our stories include affiliate links. If you buy something through one of these links, we may earn an affiliate commission.