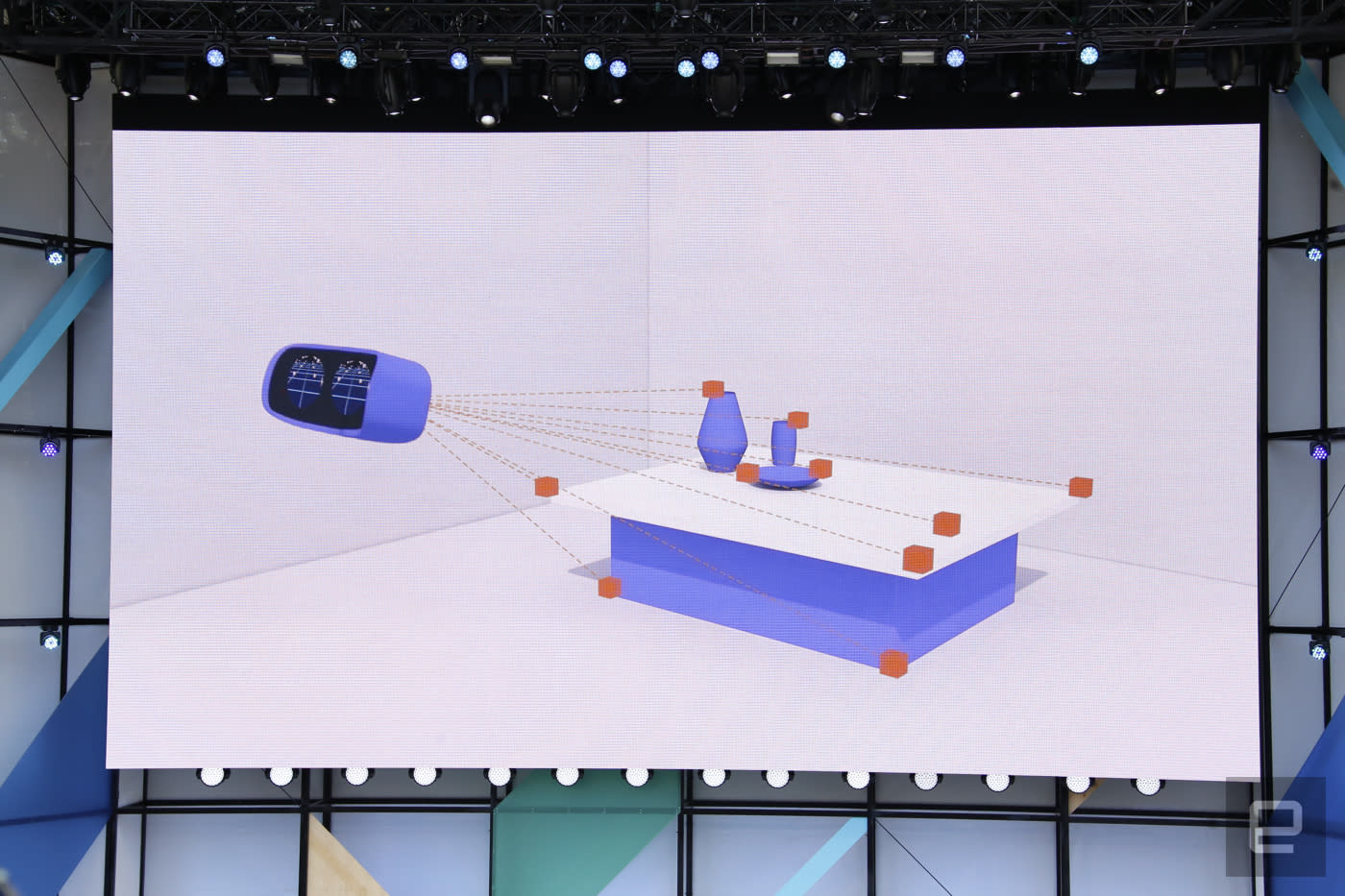 Google's first I/O 2017 keynote ran for nearly two hours yesterday, and VR chief Clay Bavor used a fraction of it to talk about the company's plans in virtual and augmented reality. He then published a 2,800-word essay on VR and AR on Medium to offer even more insight into Google's philosophy. Point is, people at Google are taking this stuff very seriously, so we're getting a VR-and-AR-centric keynote at the show this morning too. We're not expecting many new announcements, really — instead, we're looking forward to more detail on the plans outlined yesterday, including Google's work on standalone VR headsets and that fascinating "virtual positioning system." If we're lucky, Bavor will let slip something new and hype-worthy, but it'll be a good time regardless. Join us, won't you?

The keynote starts at 12:30PM Eastern/9:30AM Pacific, and our live coverage will start a little before then. Stay tuned, and be sure to stick around for more news from the ground as it happens,.

In this article: applenews, ar, augmentedreality, daydream, gadgetry, gadgets, gear, google, googleio2017, tango, virtualreality, vr
All products recommended by Engadget are selected by our editorial team, independent of our parent company. Some of our stories include affiliate links. If you buy something through one of these links, we may earn an affiliate commission.