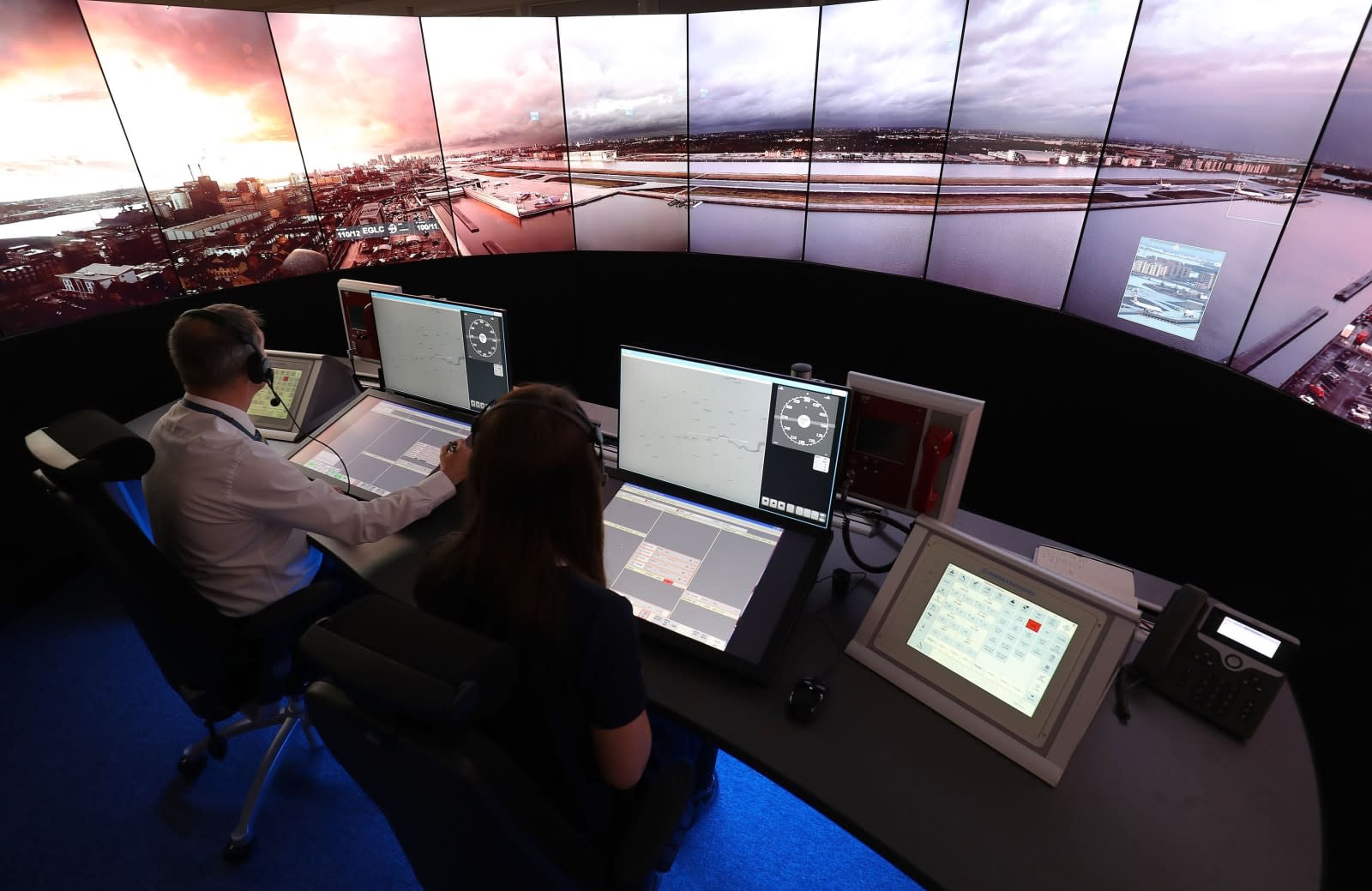 London City Airport will be the first in the UK to replace a traditional air traffic control tower with a "digital" one. A new, 50-metre tower will be built in the middle of the airport's long-stay car park, overlooking the runway, with 14 cameras and two custom pan-tilt-zoom cameras. The combined 360-degree footage will then be fed to a facility in Swanwick, Hampshire, where NATS, the UK's lead air traffic control provider, is already based. Operators will then monitor the live video on 14 HD screens, positioned in a circular formation to replicate a conventional tower.

Airport management says the digital version will give controllers better oversight of the runway. All of the cameras offer close-up views and the two pan-tilt-zoom cameras can magnify up to 30 times. Staff will also have an audio feed from the airfield and radar readings to help them manage takeoffs and landings. The screens will also overlay important information, such as weather, flight numbers and aircraft call signs, to improve operator awareness and speed up decision making. The hardware, supplied by Saab Digital Air Traffic Solution, is already being used at Örnsköldsvik and Sundsvall airports in Sweden.

Construction of the "digital" tower will begin later this year and is scheduled to be completed in 2018. A year of testing and training will follow, before a full switchover in 2019. Until then, the existing air traffic control tower will operate as normal. "With London City Airport's plans to grow and an existing tower which is reaching the end of its operational lifespan, this cutting edge, proven technology future-proofs London City Airport's air traffic control for the next 30 years and beyond," Declan Collier, the airport's chief executive said.

In this article: airport, applenews, flight, london, londoncityairport, planes, tomorrow, transportation
All products recommended by Engadget are selected by our editorial team, independent of our parent company. Some of our stories include affiliate links. If you buy something through one of these links, we may earn an affiliate commission.