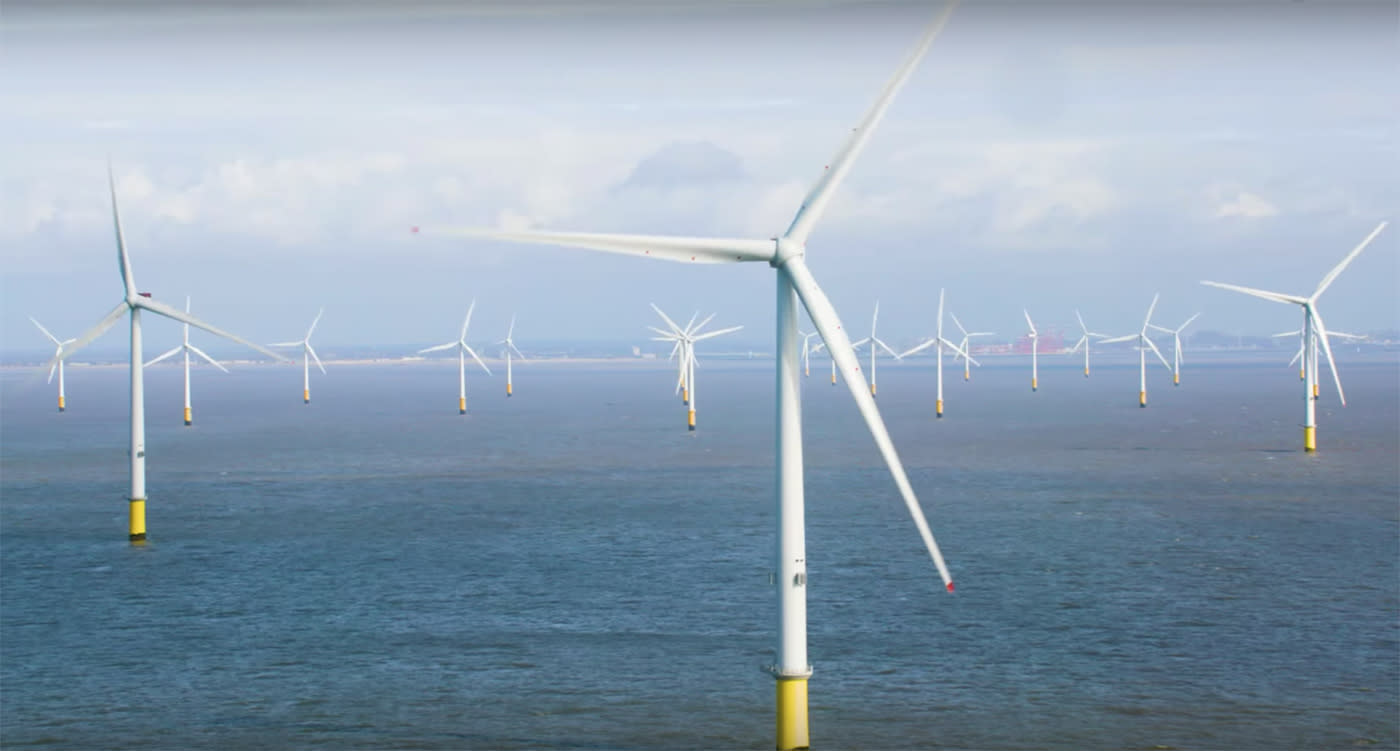 The largest wind turbines in the world have recently started producing energy for the UK. Dong Energy, the Danish company behind the project, has recently switched on the 32 gigantic structures in Liverpool Bay. The turbines are taller than some skyscrapers at 640 feet and have 262-foot-long blades that can generate 8 megawatts of power. It's the first time 8MW turbines are used for commercial purposes, and a single revolution of their blade, the company says, can power one house for 29 hours.

Dong Energy built the 32 turbines as an extension of the Burbo Bank wind farm built over a decade ago. They have over twice the capacity of the farm's original structures. The Danish energy firm is building turbines in the UK due to its friendly regulations and subsidies. However, the UK government told wind energy corporations to find more ways to cut costs if they want continued support. That's why the company decided on building fewer enormous turbines rather than plenty of smaller ones. They're cheaper to build and maintain, after all, since you'd have to build a foundation and a tower for each turbine regardless of its size.

In this article: applenews, burbobank, dongenergy, gear, green, uk, windenergy, windturbines
All products recommended by Engadget are selected by our editorial team, independent of our parent company. Some of our stories include affiliate links. If you buy something through one of these links, we may earn an affiliate commission.