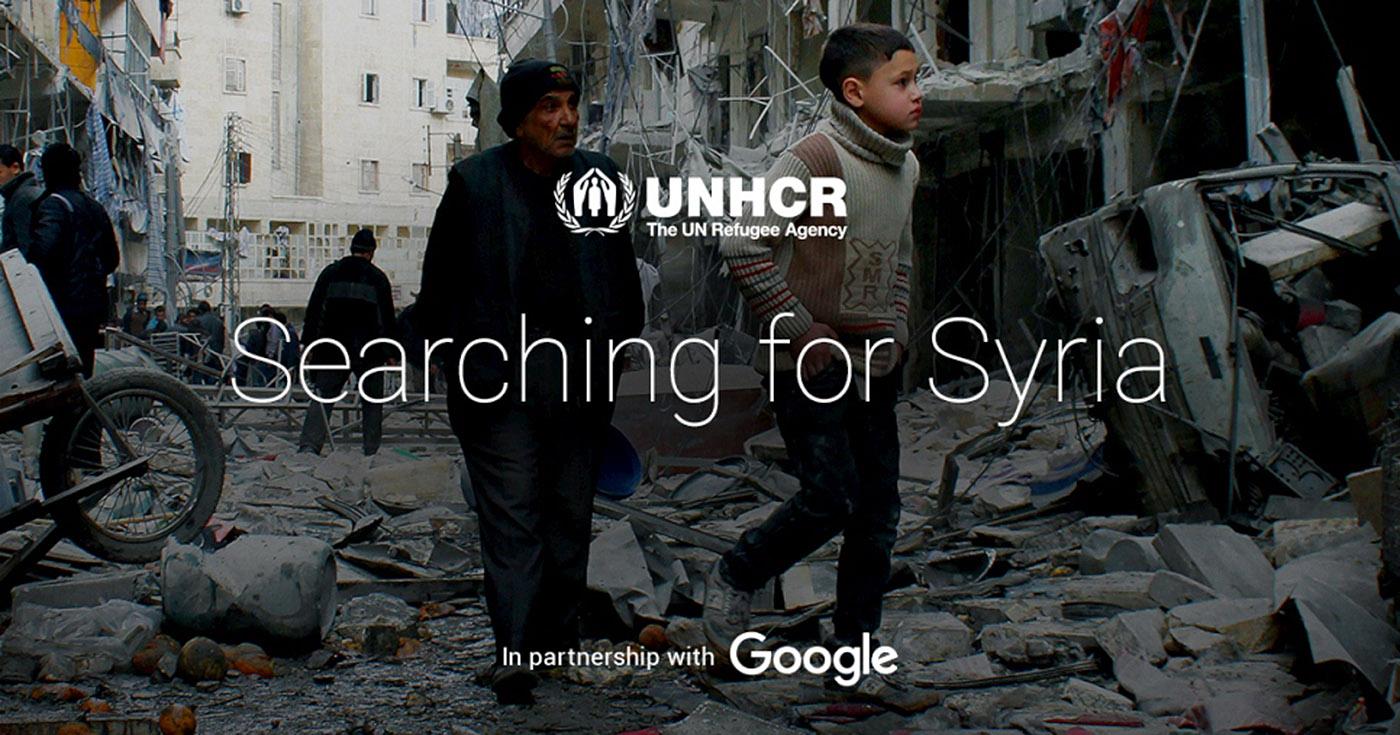 Most Syrian refugees are just families with children thrown into turmoil by an unwanted war, so it's a cruel twist that the US and other nations have slammed the door on them. To help folks better understand their plight, Google has teamed with the UN Refugee Agency (UNHCR) on a new website that answers the five most common search queries from around the world. The website will appear today on Google's home page in select countries or directly at www.searchingforsyria.org.

"'Searching for Syria' aims to dispel myths and misconceptions about Syria and refugees and provide an entirely fresh look at the biggest humanitarian tragedy of today," says UN High Commissioner Filippo Grandi.

One of the goals is to raise funding for the UN's humanitarian efforts, but another is simply to "rally much needed support," Grandi says. "The scale of the Syrian refugee crisis is difficult for most of us to fathom, but the questions on Searching for Syria are a reflection of many people's desire to understand," adds Google VP Jacquelline Fuller.

Google and the UN go behind the scenes to provide in-depth answers to those questions, via short editorials, refugee profiles, photographs and videos like the one above. For "what was Syria like before the war?", for instance, the UNHCR points out that the most popular pastimes in the country included music, fashion and sport. In 2010, a year before war broke out, the top searches were "Arab Idol," "bodybuilding," "summer fashion" and "Miley Cyrus."

Damascas was honored as the Arab Culture Capital in 2008 (Google offers a 360 degree view of the city). In 2010, Gorillaz became the largest western band to play in Syria, and the nation drew more tourists than Australia, with six UNESCO heritage sites that helped draw them.

However, one of those (Palmyra) was partly destroyed by ISIS extremists during the war, according to the "What is going in Syria?" section, and the country suffered numerous other tragedies. Two million Syrians have been killed or injured, including 24,000 children. One in four schools were damaged, destroyed or converted to shelters, resulting in 24.5 million years of education lost. Half the nations hospitals are no longer functioning, and millions of acres of farmland were destroyed.

Taken as a whole, the site is poignant and heartbreaking at the same time. Google and the UNHCR believe, however, that it will help people "better understand one of the most terrible events of the last six years." At the end, they want folks to realize that Syrian refugees, many of whom are highly educated, just want to be free from violence and productive. "The contribution of refugees to their new homes worldwide has been overwhelmingly positive," says Grandi.

In this article: applenews, CivilWar, Crisis, gear, google, politics, Refugees, SearchingForSyria, Syria, UN, UNHCR
All products recommended by Engadget are selected by our editorial team, independent of our parent company. Some of our stories include affiliate links. If you buy something through one of these links, we may earn an affiliate commission.