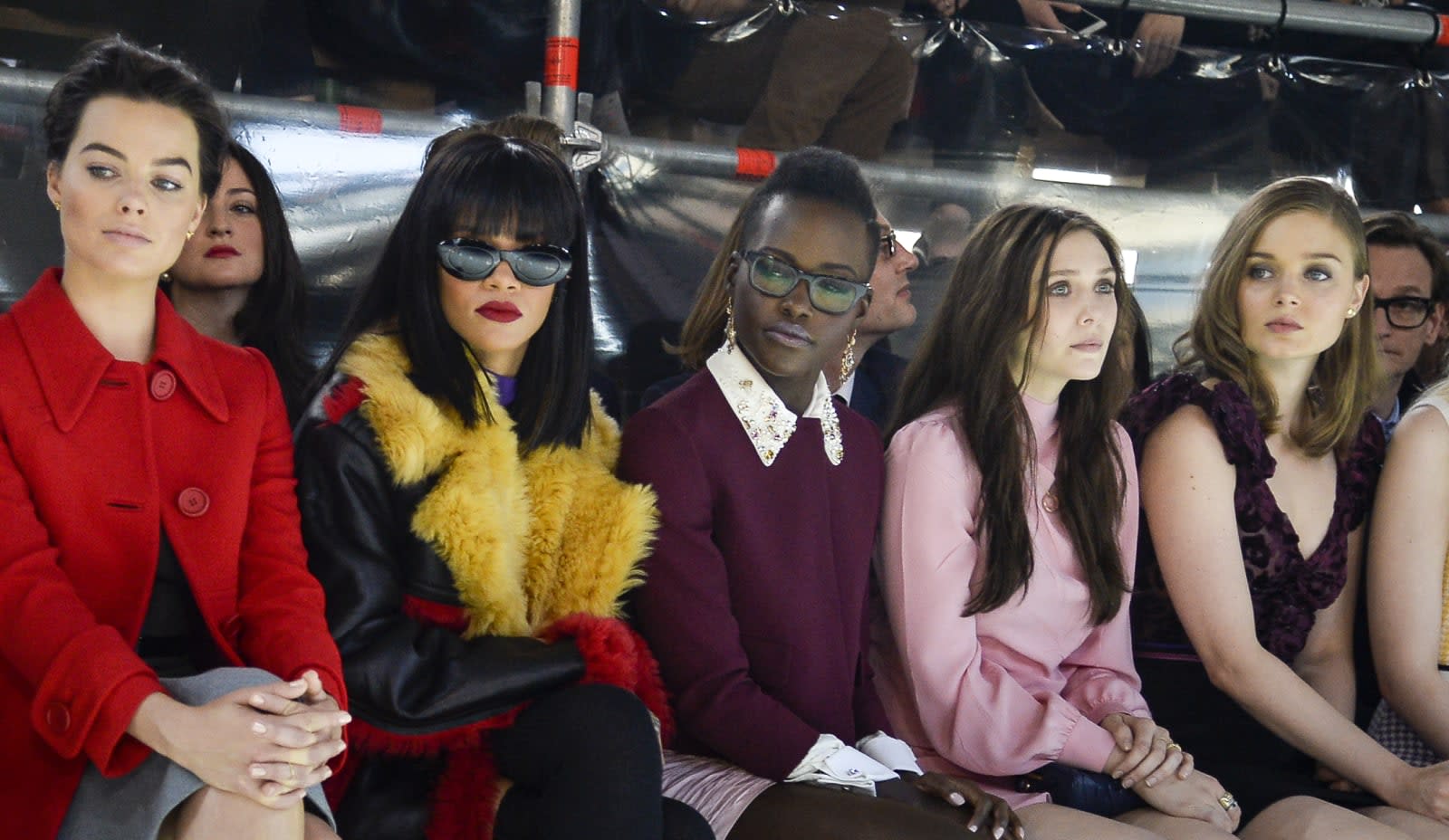 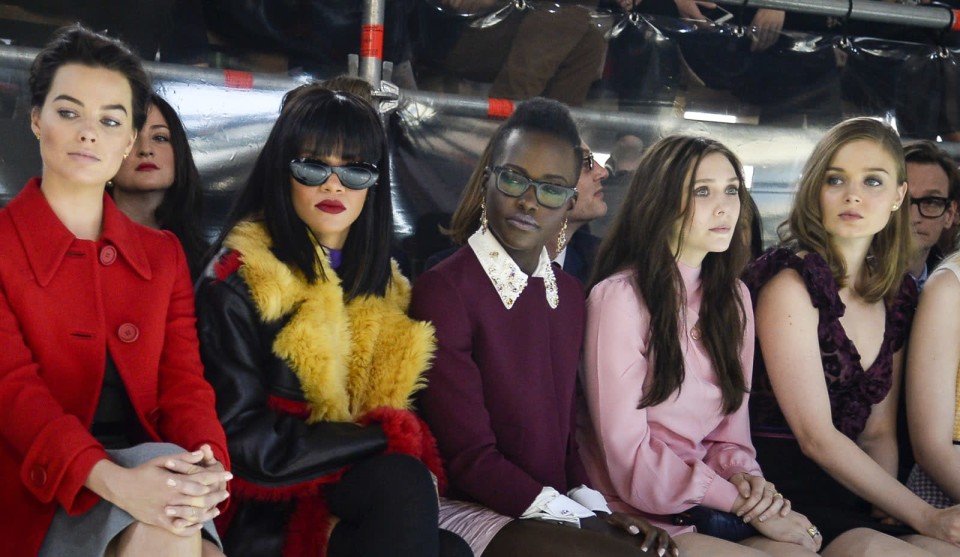 According to Entertainment Weekly, a movie dreamed up on social media based on nothing more than a picture of Lupita Nyong'o and Rihanna is actually going to happen. The two were captured sitting next to each other during Paris Fashion Week 2014 when a writer named Roxy posted this caption on Tumblr "They look like they're in a heist movie with Rihanna as the tough-as-nails leader/master thief and Lupita as the genius computer hacker." The idea resurfaced as a tweet this past April and quickly became a viral meme "Black Twitter" and beyond, with fans tagging both stars and tossing in more suggestions for the flick they'd like to see.

Both Rihanna and Lupita tweeted that they'd be up for it, and based on EW sources, Netflix outbid several others for the rights to a buddy movie starring the two that will be directed by Ava Duvernay (Selma, 13th), with Issa Rae (Insecure, Awkward Black Girl) in talks to write it. There hasn't been an official announcement, but Duvernay tweeted "We deserve nice things. ✌🏾️" with a link to the story.

Rihanna looks like she scams rich white men and lupita is the computer smart best friend that helps plan the scans https://t.co/PhWs1xd3nj

I'm down if you are @rihanna https://t.co/vwHBWeCbFZ

In this article: applenews, AvaDuvernay, entertainment, internet, LupitaNyongo, Netflix, rihanna, tumblr, twitter
All products recommended by Engadget are selected by our editorial team, independent of our parent company. Some of our stories include affiliate links. If you buy something through one of these links, we may earn an affiliate commission.