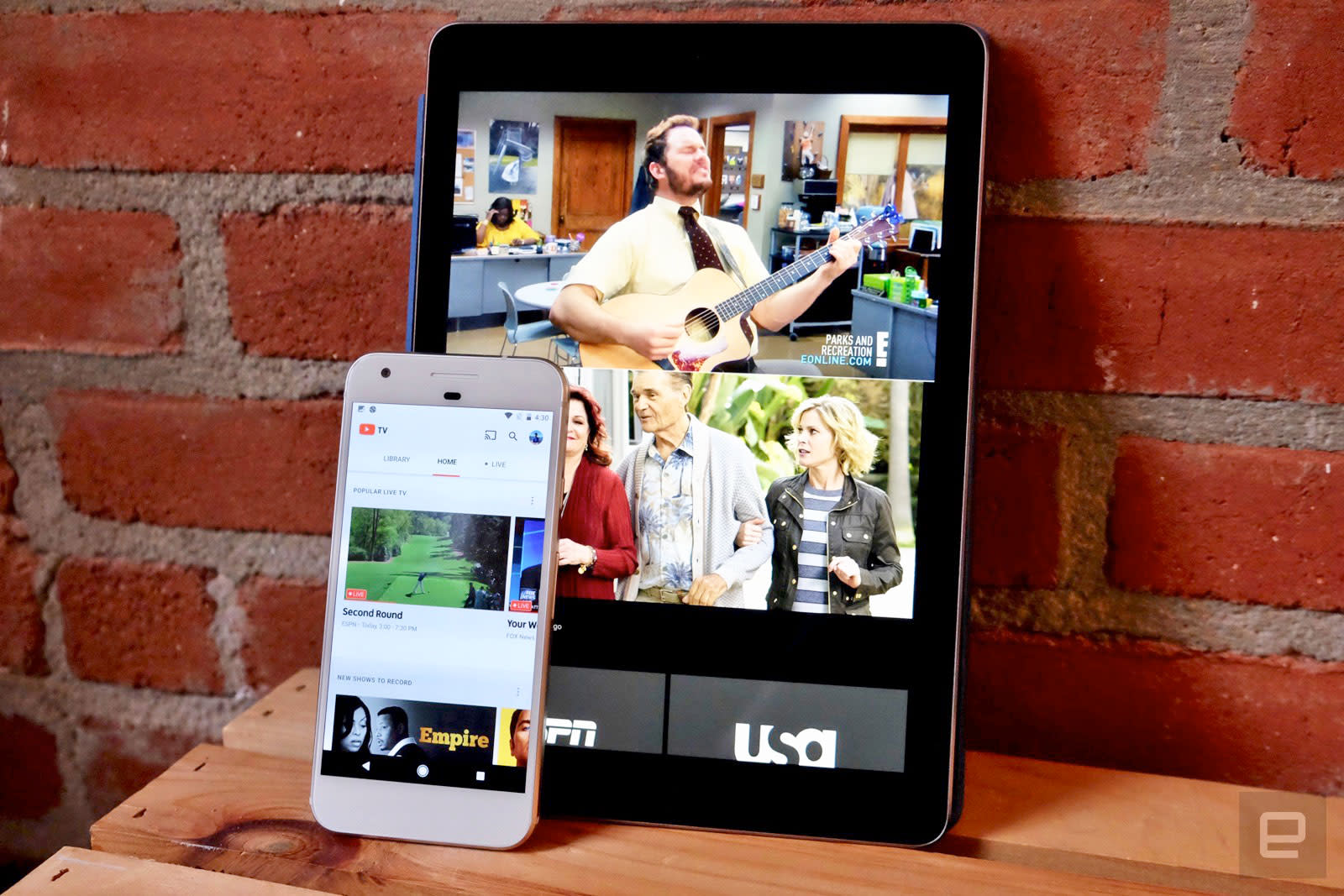 If you're the rare YouTube TV subscriber who finds yourself stuck in an Apple household, there's good news for you. The streaming TV service's iOS app just got upgraded with AirPlay support, giving you a quick way to shoot whatever you're watching over to an Apple TV. Sure, an actual Apple TV app (or really, any streaming box app) would be nice, but it'll likely be awhile before Google gets those out. That's a shame, since competing TV services from Sling, DirecTV and Hulu all have apps of their own. At least Youtube TV subscribers aren't just stuck using Chromecasts to get their big screen fix.

In this article: Airplay, apple, applenews, AppleTV, av, entertainment, gadgetry, gadgets, google, YouTubeTV
All products recommended by Engadget are selected by our editorial team, independent of our parent company. Some of our stories include affiliate links. If you buy something through one of these links, we may earn an affiliate commission.