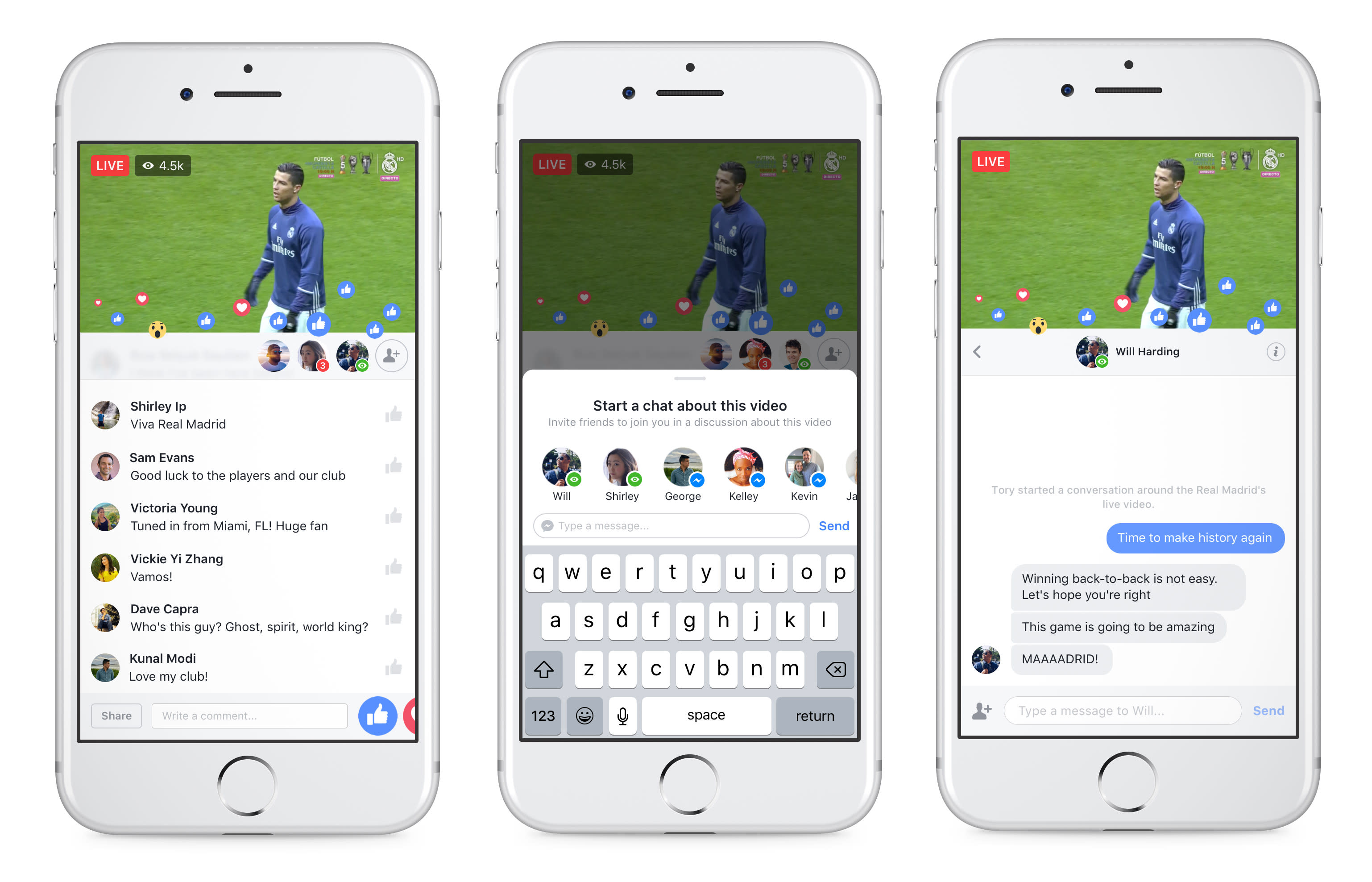 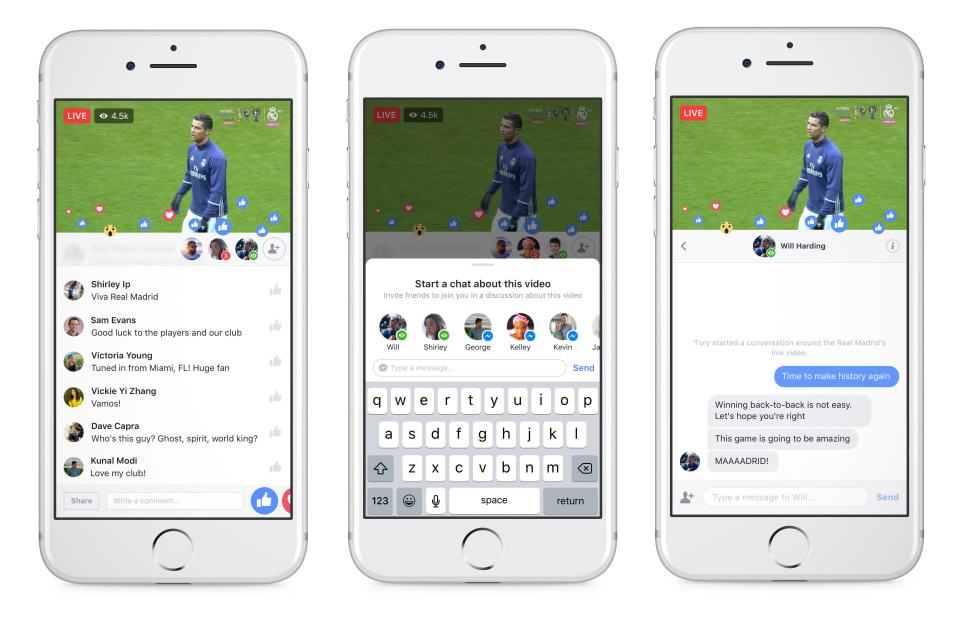 Facebook wants to be a serious destination for online video, and it's fleshing out its Live streaming experience to help it get there. Consider the process of talking about up-to-the-minute events unfolding in a Facebook Live stream. Rather than just throwing your comments into a huge, messy pool of commingled conversations, you'll soon be able to privately chat with others in a separate space while the Live feed plays on.

Facebook unimaginatively calls this feature "Live Chat with Friends," and they're sort of like real-time, text-based viewing parties. Switching between these private conversations and the broader, public one is said to be dead-simple, but it'll be a while before we get to judge that for ourselves. Despite being conceptually very simple, Facebook is still testing the feature in its mobile apps and expects to push it live for more people later this summer.

And if you're at the helm of a Facebook Live broadcast yourself, you can now drag viewers or guests into the stream. (To be clear, the person you've invited can decline.) Facebook Live aficionados might remember that the company launched this feature for public figures with verified accounts last year, but that restriction is officially finito. Go forth and stream with friends — your Live will turn into either a picture-in-picture or a side-by-side affair, depending on how your guest is holding their device.

These features are arguably helpful to content creators and streaming junkies, but the biggest questions surrounding Facebook Live right now still deal with proper and curation policing. The first five months of 2017 alone have seen multiple horrific crimes streamed live to Facebook viewers, leaving many to wonder about the processes in place for pulling offensive content and what constitutes appropriate responsibility for such a massive company. For what it's worth, CEO Mark Zuckerberg has said the social giant will add 3,000 people to Facebook's community operations team "to review the millions of reports" submitted weekly, and wants to "improve the process for making it happen fast." It's nice that Facebook wants to make communication — both public and private — easier, but it's also clear the changes Facebook Live really needs are behind-the-scenes.

In this article: applenews, chat, facebook, facebooklive, gear, internet, livestream, private, services, software, streaming, streamingvideo
All products recommended by Engadget are selected by our editorial team, independent of our parent company. Some of our stories include affiliate links. If you buy something through one of these links, we may earn an affiliate commission.