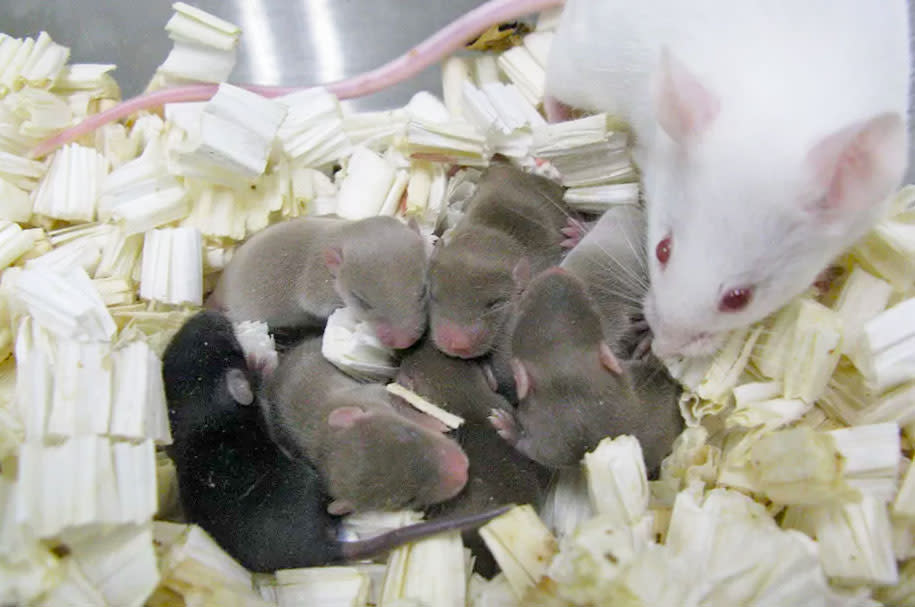 Humans have become relatively experienced at living and working in space aboard the International Space Station. Now, we're looking forward to the next step: reproduction.

Mouse sperm, which was freeze-dried and stored aboard the ISS for nine months, was able to produce healthy offspring back on Earth. The research study was published yesterday in the journal Proceedings of the National Academy of Sciences of the United States of America.

"Unfortunately, to bring live mice and take care [of them] in space is too difficult," Professor Teruhiko Wakayama, one of the lead authors of the study, told The Guardian. The team instead opted to freeze-dry mouse sperm and store it on the ISS for 288 days. Upon its return to Earth, the space sperm was implanted into healthy mice.

Scientists have been unsure how space radiation might affect humans' ability to reproduce and have healthy babies, which is a concern for long-term plans to colonize our solar system. Radiation can heavily damage cells, and it's about 100 times stronger on the ISS than on Earth.

While the space sperm showed some DNA damage, the mice offspring were completely healthy and free of any genetic defects. It's an encouraging sign that human reproduction in space might be viable.

This study is just a first step, though. The mice didn't actually reproduce aboard the ISS, and the radiation humans would experience on a Mars mission is exponentially higher than the dose astronauts receive aboard the ISS, which is still protected by Earth's magnetosphere. We also don't know whether a space baby, raised in an environment without the pressure of gravity to shape its bones and body, would be healthy. And would zero-g and radiation affect the development of a fetus in space?

There are many unanswered questions, but scientists have given us the first clue that reproduction in space might be a closer reality than we think.

In this article: applenews, iss, mouse, reproduction, space, tomorrow
All products recommended by Engadget are selected by our editorial team, independent of our parent company. Some of our stories include affiliate links. If you buy something through one of these links, we may earn an affiliate commission.