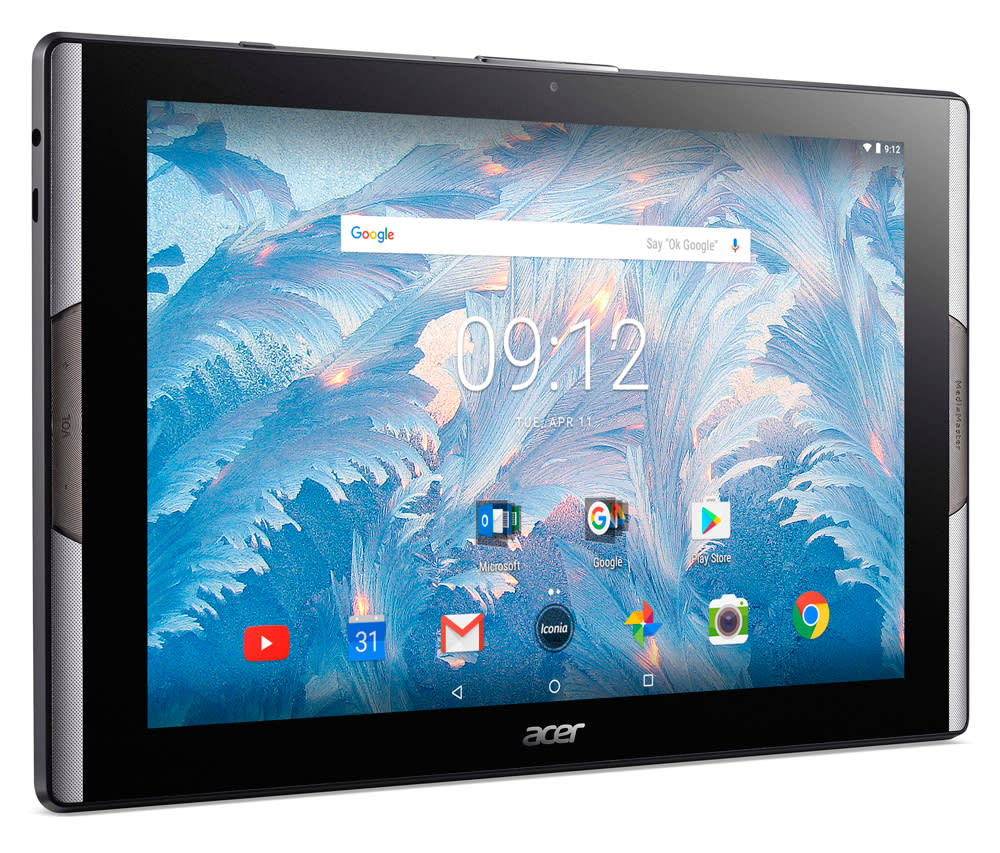 While it may not be the first name in tablets, Acer has produced some respectable touchscreen devices in the past. Last month, the company unveiled a wide range of new 2-in-1 devices in its compelling Switch line of Windows 10 machines. Today, in advance of Computex in Taipei, the company is adding a pair of 10-inch, Android 7.0 Nougat devices to its tablet lineup: one focused on media and one designed with connectivity in mind.

Both are powered by a quad-core MediaTek processor with a wide-angle IPS display, DTS-HD rated speakers and an advertised 8-hour battery life. The Iconia Tab 10 is the more media-centric of the two and adds a quantum dot display for better color depth and accuracy, as well as a four speaker setup with a built-in subwoofer.

The Iconia One 10 skimps on the screen and the low end of the sound system, but it adds two micro-USB ports so you can charge while connected to an external device. Both tablets offer a couple extra Acer tweaks on the Android Nougat experience as well: users can set gestures to wake-up the device or load specific apps with Acer's EZ WakeUp feature, and an EZ Mode allows users to set restrictions when sharing their device.

No word yet on pricing or availability, but Engadget will update when we know more. So far, Acer's device is the first tablet we've heard of with a quantum dot display, but without any additional specs to go off of, we'll save our excitement for when we can actually get our eyes on a screen.

In this article: acer, AcerIconia, applenews, gadgetry, gadgets, gear, IconiaTab, mobile
All products recommended by Engadget are selected by our editorial team, independent of our parent company. Some of our stories include affiliate links. If you buy something through one of these links, we may earn an affiliate commission.