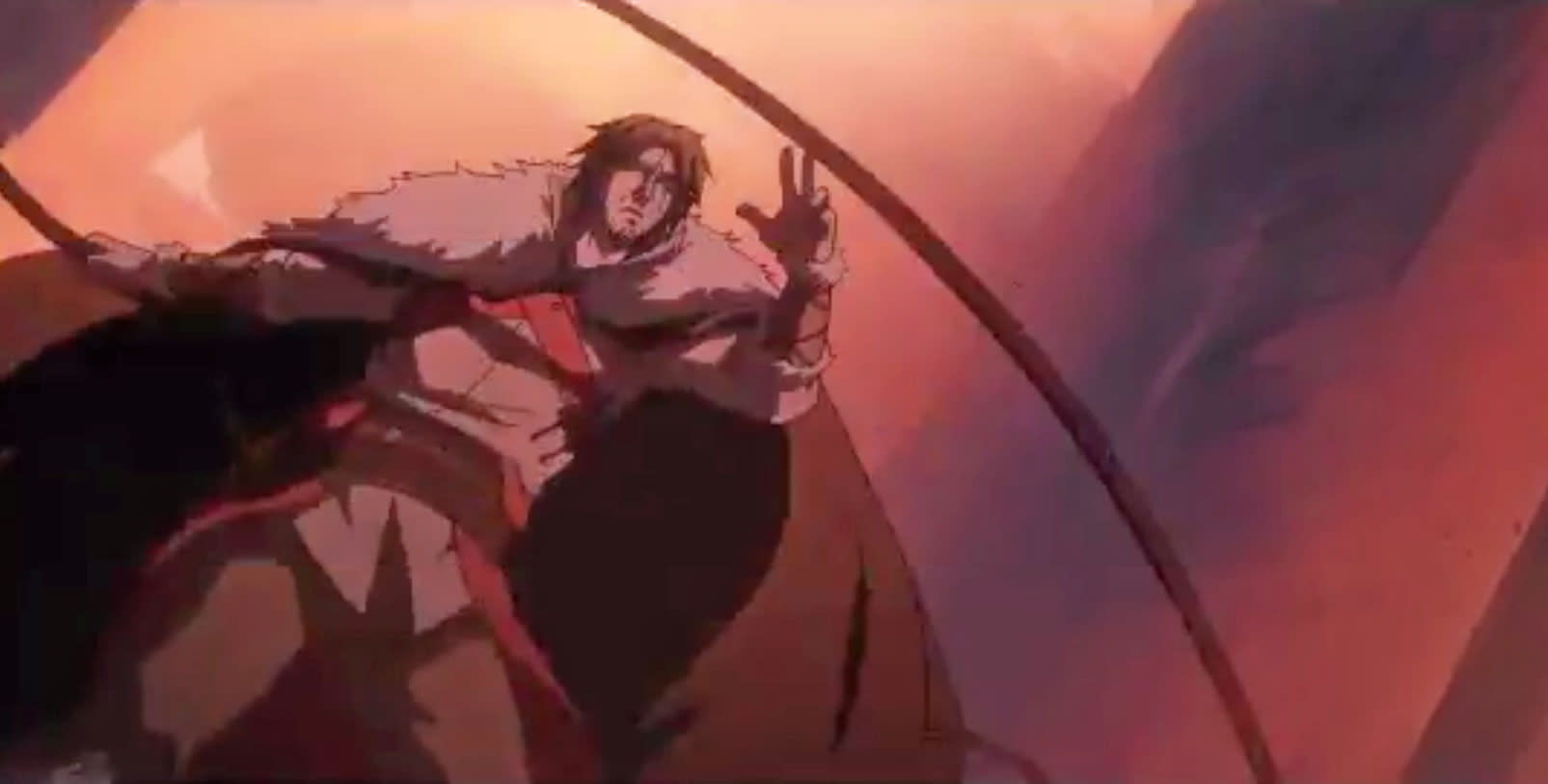 These days, Netflix isn't just releasing a lot of streaming content, it's betting on topicality and nostalgia to win. In the last week, it confirmed a Dark Crystal prequel and a tweet-inspired Rihanna/Lupita Nyong'o buddy series, with a possible Ellen standup special to boot. You could extend the childhood appeal to shows like Castlevania, an adaptation of Konami's gothic adventure series Netflix announced would come out later in 2017. But the content provider's Twitter account just released both a teaser and a release date: July 7th.

Curiously, the trailer is a longer version of the one tweeted out by Netflix's Latin American account earlier. US audiences got a nostalgia-inducing bumper ahead of the show trailer depicting someone blow on a Castlevania-emblazoned NES cartridge, plug it in to the dust-covered console and boot it up. Like the video game commercials of yore featuring costume-and-prop dramatizations alongside chunky 8- and 16-bit graphics, this elongated trailer knows its audience.

When it was first announced back in February, we didn't know the show would be animated. Given how bloody and bleak the first footage is, this seems a shrewd move. Regardless, the series is backed by incredible talent, with famed comics writer Warren Ellis penning the show, Adventure Time's Kevin Kolde contributing and Adi Shankar (Dredd, The Grey) producing.

In this article: applenews, av, Castlevania, content, entertainment, netflix, services, shows, streaming
All products recommended by Engadget are selected by our editorial team, independent of our parent company. Some of our stories include affiliate links. If you buy something through one of these links, we may earn an affiliate commission.