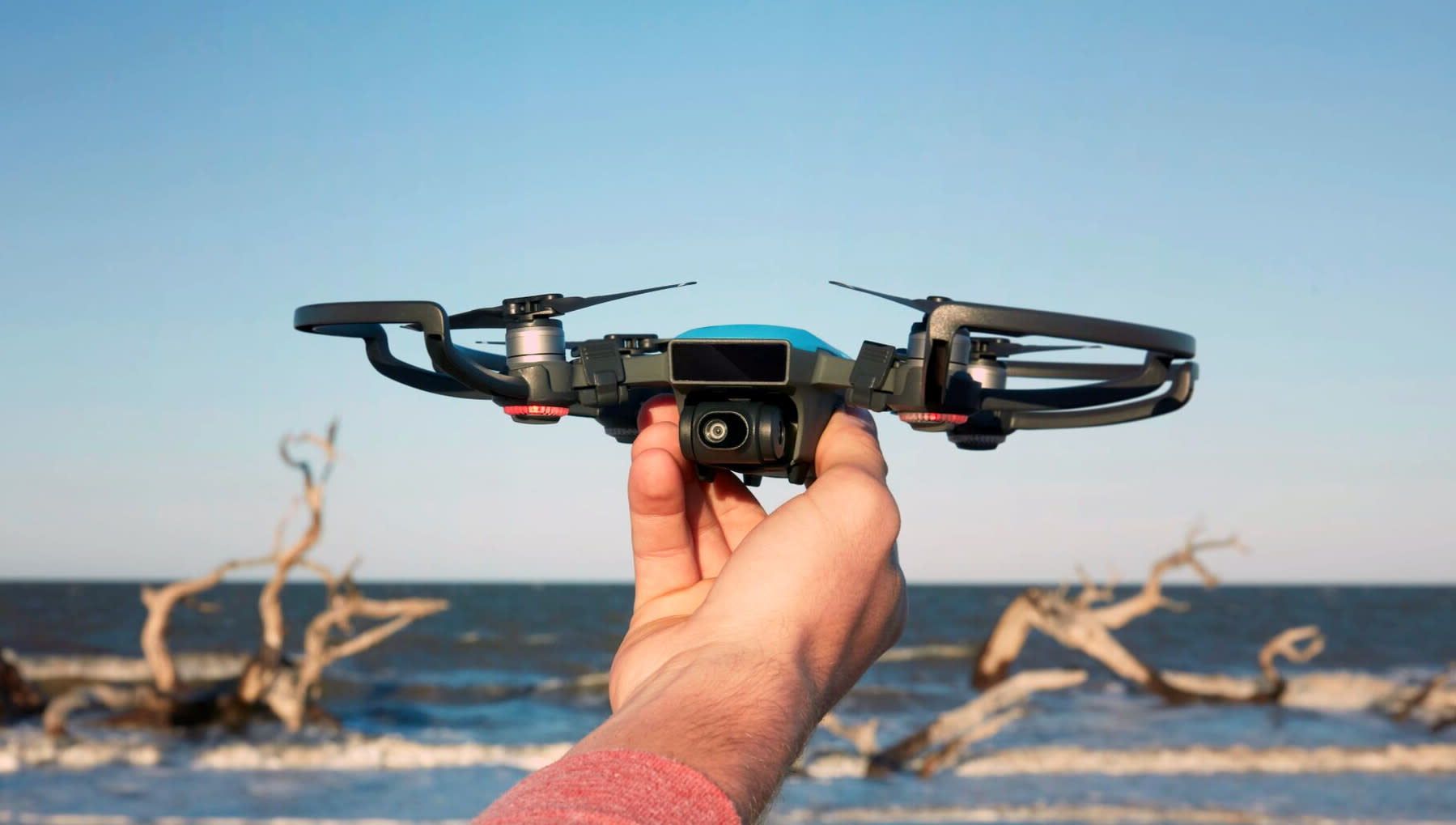 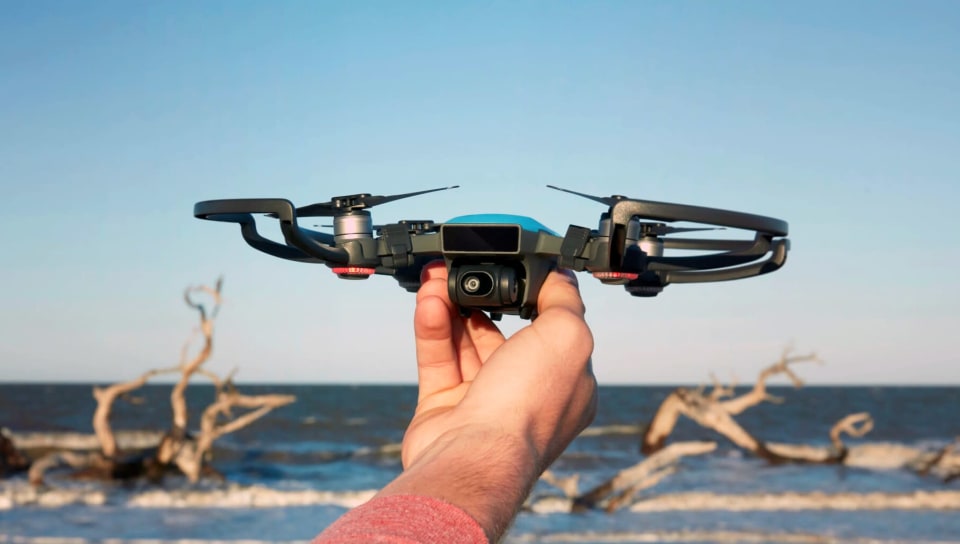 DJI made a name for itself with its chunky flying Phantom drones, but within the last year we've seen the company really embrace the value of smallness. Despite numerous delays, the Mavic Pro was greeted very positively, and now the company has another small drone — the Spark — made for first-time pilots and drone dabblers alike. DJI likes to call the Spark the "perfect lifestyle accessory," which sounds like a stretch if we've ever heard one, but the company might not be totally off-base. After all, the Spark weighs less than a can of pop, comes in five colors, and can be controlled (at least a little) with simple hand gestures. While the Mavic Pro relied on a smartphone for most of its controls, the Spark is designed to take off from the palm of your hand and interpret your hand motions as commands. (Whether a phone or other control method is needed to make the Spark take off is still unclear.) DJI's press release doesn't go into great detail about these gestures, but at the very least, you'll be able to tell the Spark to fly away from you, grab a 12-megapixel portrait with its 1/2.3" CMOS sensor and return to your outstretched mitt. The company's hesitance to share more about Gesture Mode suggests there aren't that many options, but we'll continue to dig into things. This isn't necessarily a deal-breaker, though: you can still control the Spark with a smartphone or one of DJI's dedicated controllers, as well as fire up one of its "QuickShot" presets for dead-simple shooting.

Seasoned DJI pilots will remember some of these pre-defined flight modes, but the Spark packs a few new ones. Rocket, for instance, shoots the Spark straight up into sky while recording image-stabilized video snippets with its camera pointed straight down, while Helix forces the drone to loop around a subject while flying up. Rather than having to crank on an edit at a computer, you'll also be able to push those clips straight to social media straight from a phone. Sadly, speed demons should look elsewhere — the Spark tops out at 31MPH, well short of the 40MPH top speed you'll find on a Phantom. You'll have to charge the Spark fairly frequently too, since its maximum flying time is only 16 minutes.

GoPro's pint-sized Karma drone edges out the Spark in both of those categories, but it's quite a bit more expensive to boot. The most basic Spark package will start shipping in mid-June and should set you back $499 in the US, or £519 in the UK. The Karma, meanwhile, starts at $799 without the camera, and tossing in HERO5 Black brings the price to $1,100. We're getting close to the point where anyone even mildly interested in aviation or videography can lay claim to a drone of their own, and the Spark just might be the sort of crossover hit DJI has been dreaming of. In the meantime, stay tuned: we should have some hands-on time with the Spark in just a bit.

In this article: 4k, applenews, camera, cameras, dji, djispark, drone, gear, spark, uav, video
All products recommended by Engadget are selected by our editorial team, independent of our parent company. Some of our stories include affiliate links. If you buy something through one of these links, we may earn an affiliate commission.