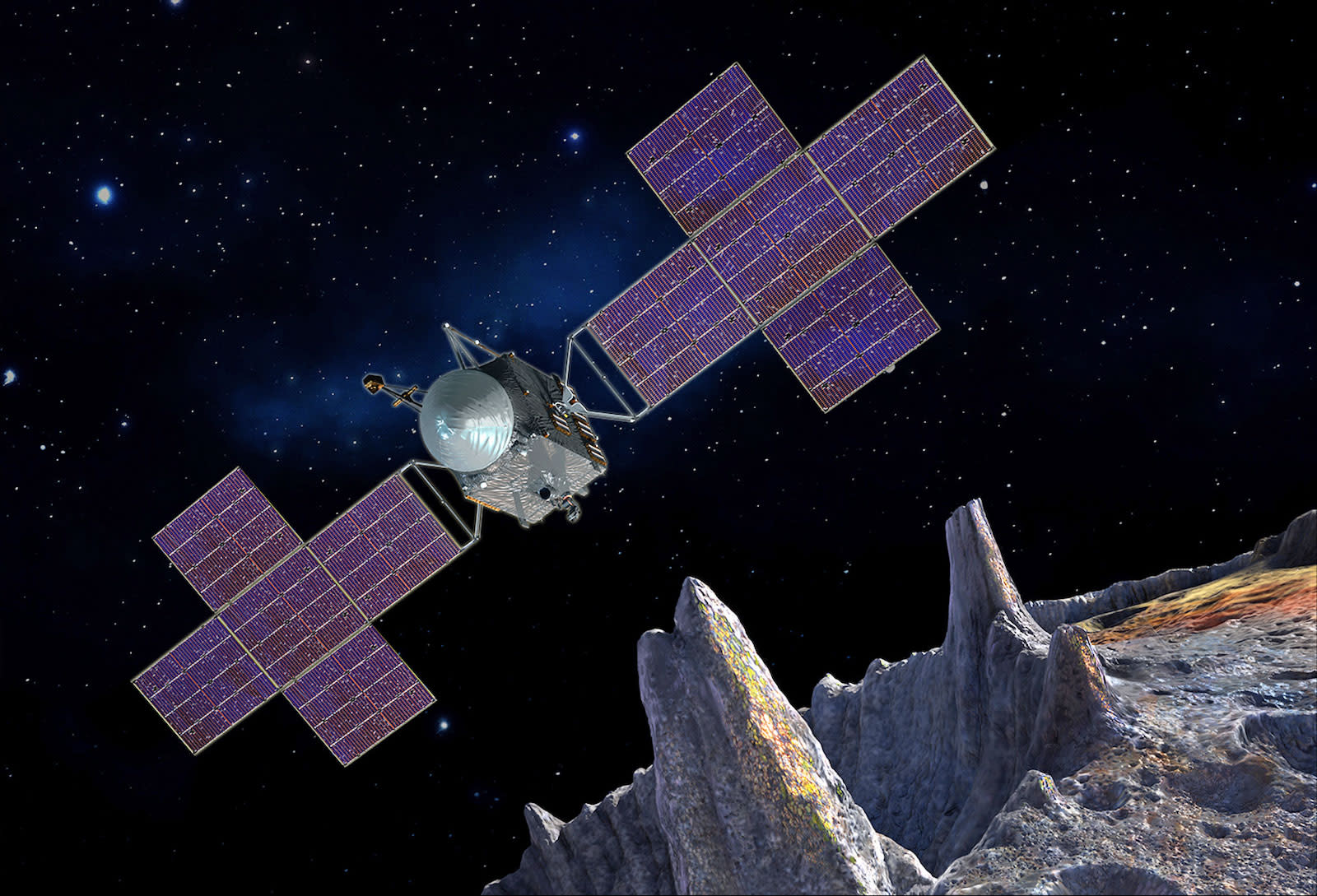 While NASA's plans to put humans on Mars have suffered recent setbacks, its unmanned robotic programs are achieving milestones on a daily basis. Earlier this year, NASA announced that it had approved a mission, Psyche, to the asteroid belt. Today, the organization announced a shift in Psyche's launch schedule -- with big ramifications.

Psyche 16 is a metal asteroid that may be the remnant of an early planet core. By studying the asteroid, scientists hope to learn more about Earth and the development of planets in our solar system. The mission was originally slated for liftoff in 2023, with arrival at the asteroid Psyche 6 in 2030. However, NASA directed the team to research whether an earlier mission would be feasible. After studying possible trajectories, they determined that launching one year early—in 2022—would shave four years off the spacecraft's journey. It's now expected to arrive at Psyche 6 in 2026.

Originally, Psyche was scheduled to have two gravity assists to help it along to the asteroid belt: an Earth flyby in 2024 and another from Mars in 2025. These assists help change the direction and speed of the spacecraft without using engine power. The adjusted trajectory that will occur with an earlier launch eliminates the need for an Earth gravity assist. However, the spacecraft will still require a Mars flyby.

Psyche was chosen as part of NASA's Discovery program, which is a series of low-cost robotic space missions (capped at $450 million). The target is the asteroid 16 Psych, which measures 130 miles in diameter and is composed of iron and nickel. These are the same elements that comprise Earth's core, which makes the asteroid of special interest to scientists.

In this article: applenews, asteroid, nasa, NasaJpl, psyche, space
All products recommended by Engadget are selected by our editorial team, independent of our parent company. Some of our stories include affiliate links. If you buy something through one of these links, we may earn an affiliate commission.