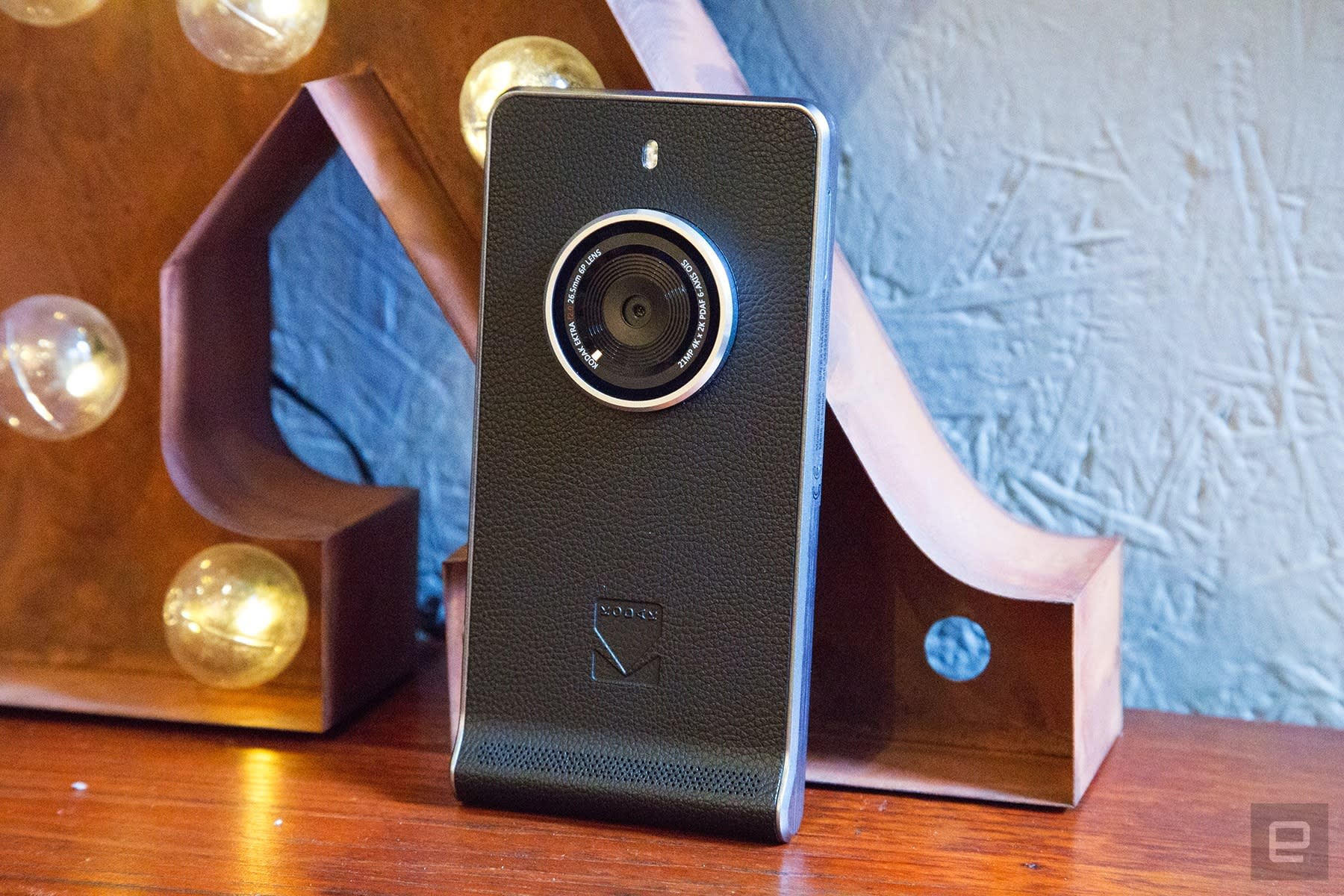 You might not hear much about Kodak these days, but the brand still exists -- it even released a new smartphone with a humongous camera in Europe last year. Now, that same phone named after its Ektra camera from the '40s has made its way to the US. As a phone, the new Ektra doesn't really have impressive features with its 5-inch 1080p display, 32GB internal storage, deca-core MediaTek Helio X20 processor and 3GB of RAM. It also ships with Android Marshmallow instead of Nougat. Ektra's main draw is none other than its 21MP camera (with six-axis image stabilization, no less) that takes up a huge chunk of its leatherette-wrapped back.

The company says the camera, which has optical image stabilization features, has a fully-integrated DSLR dial experience and can shoot 4K videos. Its counterpart front-facing camera is 13 megapixels, and both of them use Snapseed as the default photo-editing app. Seeing as loads of better smartphones have decent camera these days, we're guessing Ektra will appeal to those who want that old-timey Kodak aesthetic the most. If this is something you'd buy, head over to the company's website, where's it's selling the phone for $400 as an unlocked GSM device.

In this article: applenews, cameras, ektra, gear, kodak, mobile, smartphone
All products recommended by Engadget are selected by our editorial team, independent of our parent company. Some of our stories include affiliate links. If you buy something through one of these links, we may earn an affiliate commission.