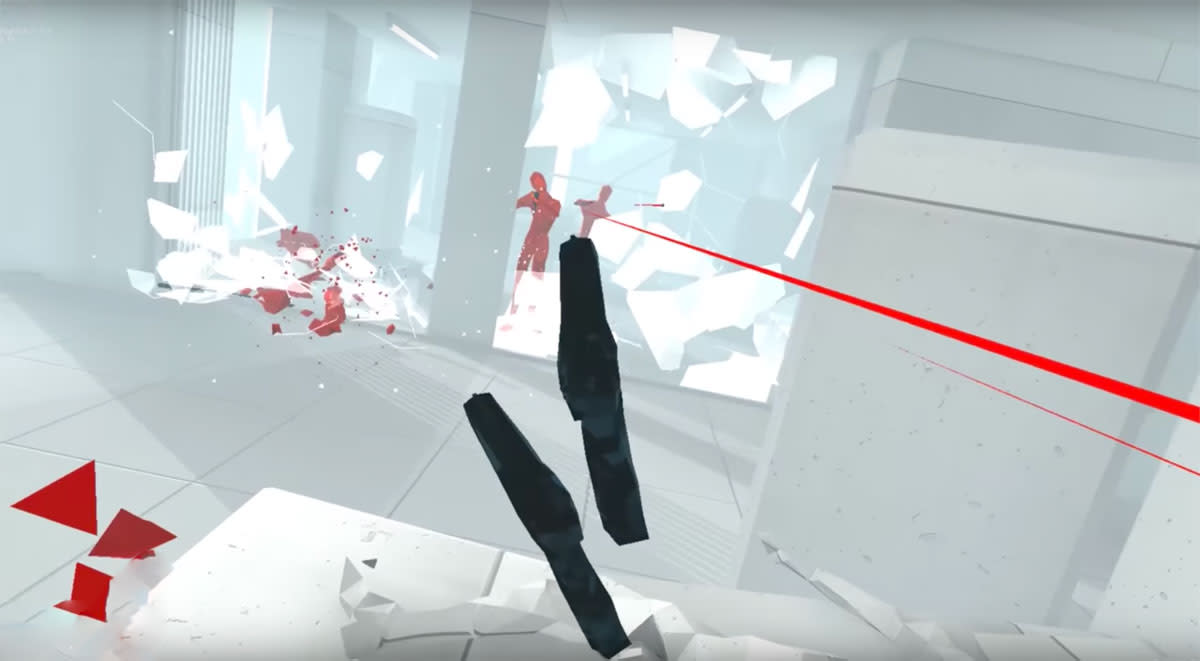 Superhot VR didn't start life as an Oculus Rift game, but it eventually made it to the VR headset. With dual-wielding guns and further tweaks to improve the title for a new interface, it turned into a short-but-sweet slice of virtual reality gaming. Now it's HTC Vive owners' turn to slow time, evade bullets, and return them in kind.

At least, officially. More enthusiastic Vive gamers have been able to tap into ReVive, a software workaround that let Steam VR users access to Oculus exclusives like Superhot VR since last year. That said, Github files and a little bit of hard work aren't for all of us, and the official release on Steam is a good sign for the remaining Vive owners looking for a VR title to tide them over until E3 next month.

The game's posit is cleverly simple: Time moves forward as you do. It's arguably more of a puzzle game than shooter, as you plan your movement through levels to avoid getting trapped -- and then filled with bullets. Available on Steam now, Superhot VR is launching with an early-bird 20 percent discount (down to $20) through til the start of June.

In this article: applenews, gadgetry, gadgets, gaming, gear, htc, htcvive, steam, superhot, superhotvr, virtualreality, vive, vr
All products recommended by Engadget are selected by our editorial team, independent of our parent company. Some of our stories include affiliate links. If you buy something through one of these links, we may earn an affiliate commission.