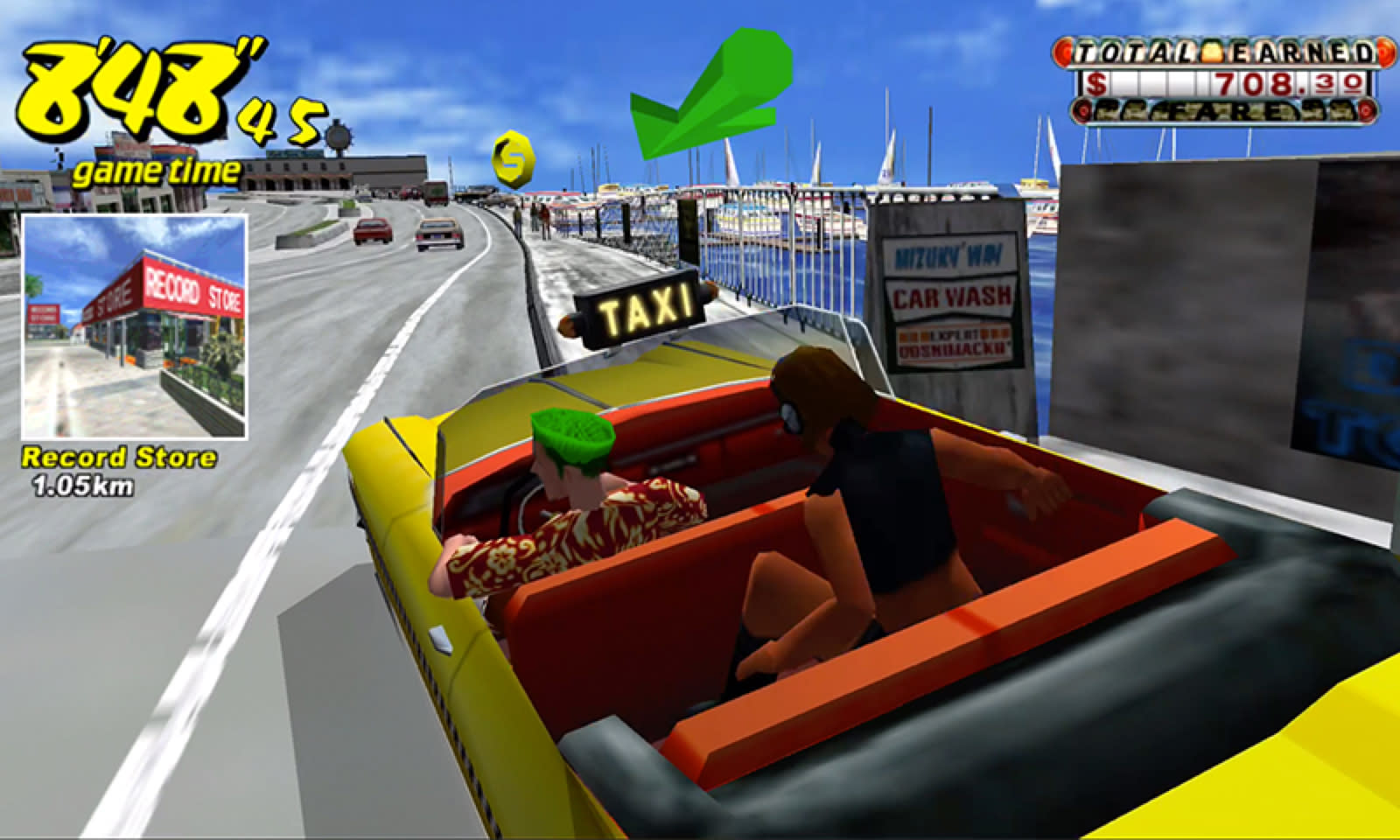 If you've ever wanted to understand the fuss over Crazy Taxi but didn't want to spend money on a piece of gaming history, you now have your chance. Sega has made it free to play both the Android and iOS versions of the original title, giving you a solid excuse to check out its classic mix of open-world racing and over-the-top style. That includes the original punk rock soundtrack, too. However, there's one big catch: ads.

Like some free to play titles, you'll have to sit through promos if you don't want to pay a penny. You can remove the ads if you've already paid for the game (you just have to restore your purchases), but you'll otherwise have to shell out $2 to get the unfettered fare-hunting experience. Really, Sega is acknowledging that most people who've really wanted to play Crazy Taxi have had plenty of chances. This move is more about luring in the merely curious, or those fans who would rather not buy the game a second or third time. Consider this, though: if all you want to do is fly down the streets for a few minutes while blasting The Offspring's "All I Want," it probably won't hurt to endure a few ads.

In this article: android, applenews, crazytaxi, freetoplay, games, gaming, ios, iphone, mobile, sega, video, videogames
All products recommended by Engadget are selected by our editorial team, independent of our parent company. Some of our stories include affiliate links. If you buy something through one of these links, we may earn an affiliate commission.