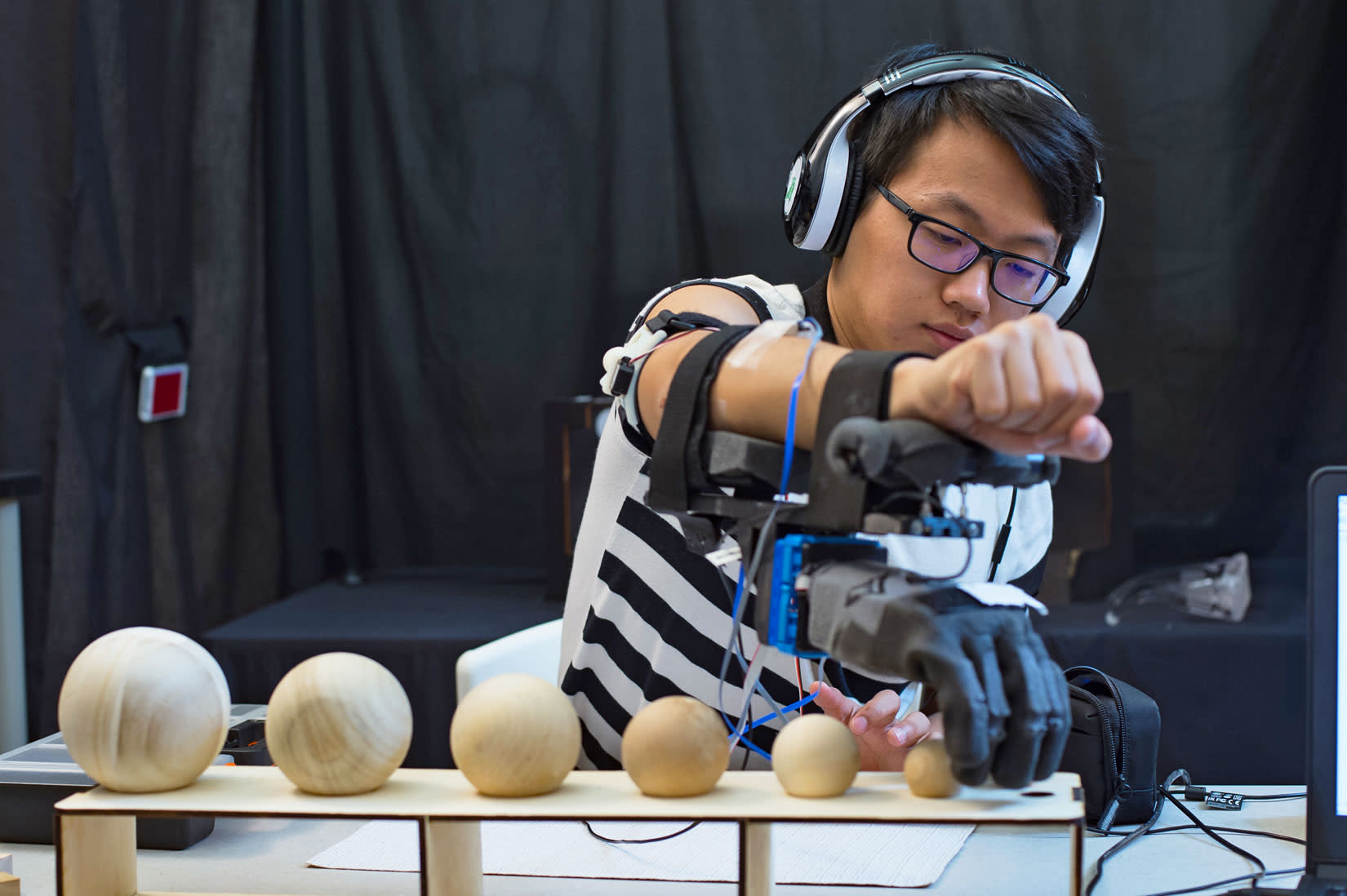 For all the actuators, artificial tendons and glitter cannons that researchers are packing into modern prosthetics, these devices still lack an noninvasive means of transmitting haptic feedback to its user. However a device developed by Rice University in partnership with the University of Pisa and the Italian Institute of Technology aims to do just that.

Dubbed the "Rice Haptic Rocker", this device is fitted on the user's upper arm and brushes a soft rubber pad against the skin. The more the hand closes, the farther the pad brushes. Based on this tactile feedback, the wearer is able to infer the relative position of the prosthetic without having to actively look at it, a sensation known as "muscle sense" or proprioception.

"This 'muscle sense' is what allows people to type on a keyboard, hold a cup, throw a ball, use a brake pedal and do countless other daily tasks," Marcia O'Malley, professor of mechanical engineering at Rice, explained in a press statement.

During a recent small-scale trial, 18 able-bodied volunteers donned prosthetic hands which open and close based on which forearm muscles the user is flexing (which you can see in the video above). While blindfolded, they were asked to hold two objects in the prosthetic hand and guess which was larger. The test subjects guessed correctly 70 percent of the time using the Haptic Rocker, compared to just 33 percent without. What's more, subjects were able to deftly pick up objects ranging in size from grapefruit down to quarters.

The team will present its findings June 7 at the World Haptics 2017 conference in Fürstenfeldbruck, Germany.

In this article: applenews, Fürstenfeldbruck, gear, Italian Institute of Technology, medicine, Prosthetics, Rice University, RiceUniversity, robotics, rocker, University of Pisa
All products recommended by Engadget are selected by our editorial team, independent of our parent company. Some of our stories include affiliate links. If you buy something through one of these links, we may earn an affiliate commission.