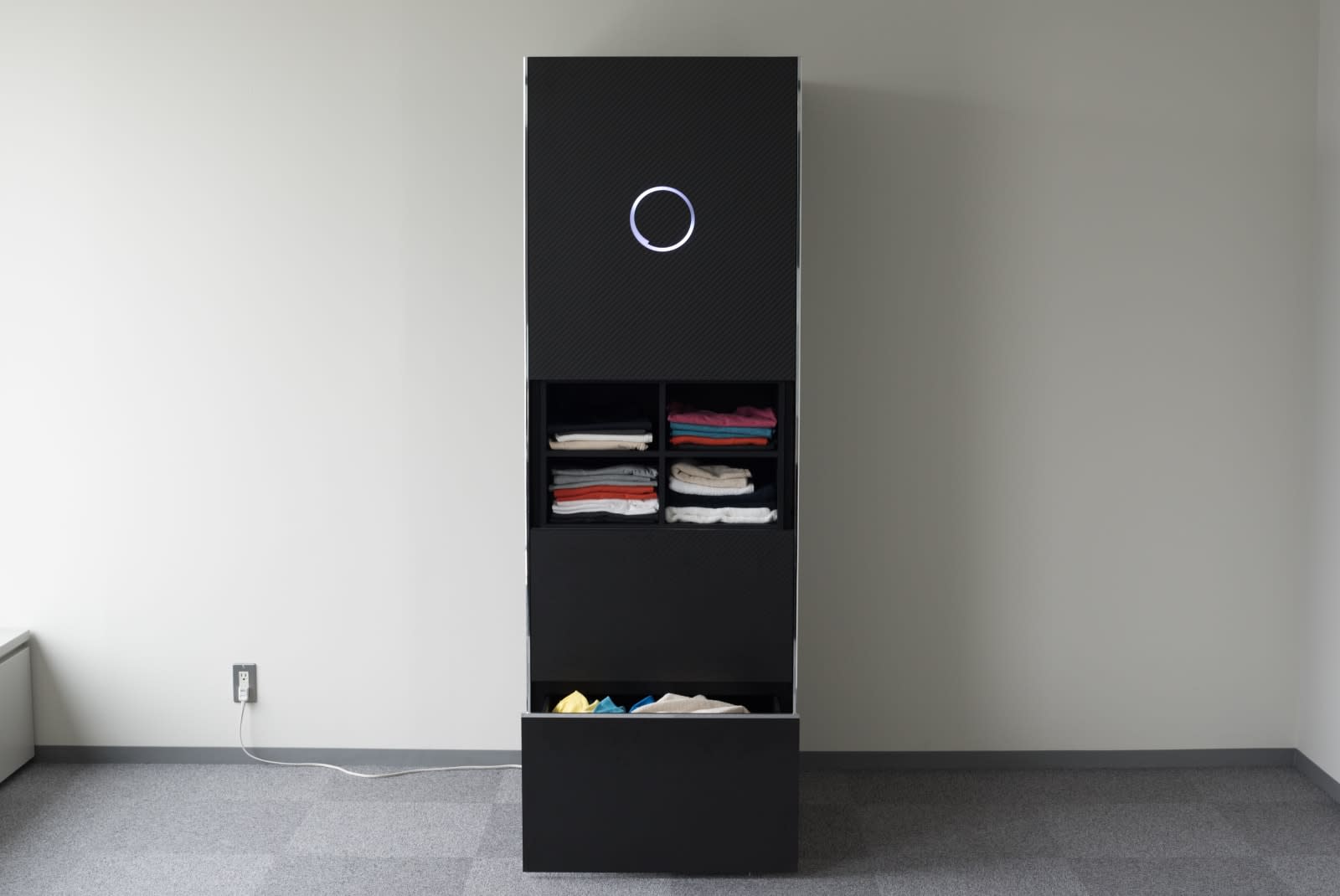 It's been awhile since we've heard about Laundroid, the laundry folding robot that will make lazy people swoon. Now, parent company Seven Dreamers has announced a new partnership that could make your laundry-related life even easier.

Seven Dreamers is partnering with Cerevo, a company that focuses on IoT and connected devices in Japan and across the world, to bring voice control technology to Laundroid. But there's a catch: As of the announcement date, it won't work with Alexa, Siri, Google Assistant or any other widely used voice control service.

Instead, Laundroid will only work with Cerevo's Lumigent, a desk lamp that responds to voice control. "Lumigent lights up automatically when spoken to. The integration will enable Lumigent to command the basic Laundroid operations," says the press release. Pricing on the lamp isn't available, but it will likely set you back between $400 and $700.

It's not clear what other IoT devices, if any, that Laundroid will connect with (it comes with onboard WiFi and is controlled by an app), though presumably Seven Dreamers is working on further integration. Adding insult to injury, Laundroid is ridiculously expensive—the first-run units are expected to be priced around 1.85 million yen, which is roughly $16,500. The company is accepting limited reservations for units in Japan starting today.

While adding new features and integrations such as voice control is a good idea, doing so in such a limited, proprietary way is frustrating. Why not open the Laundroid for use with Siri, Amazon Alexa and the other voice control apps that people are already using? At such a high price point, it doesn't seem like that should be too much to ask.

Update: That might not be too much to ask, as the CEO of Cerevo tells Engadget Japan that the Laundroid and Lumigent will in fact support Alexa when it's available.

In this article: applenews, cerevo, gear, home, laundroid, lumigent, robots, sevendreamers
All products recommended by Engadget are selected by our editorial team, independent of our parent company. Some of our stories include affiliate links. If you buy something through one of these links, we may earn an affiliate commission.