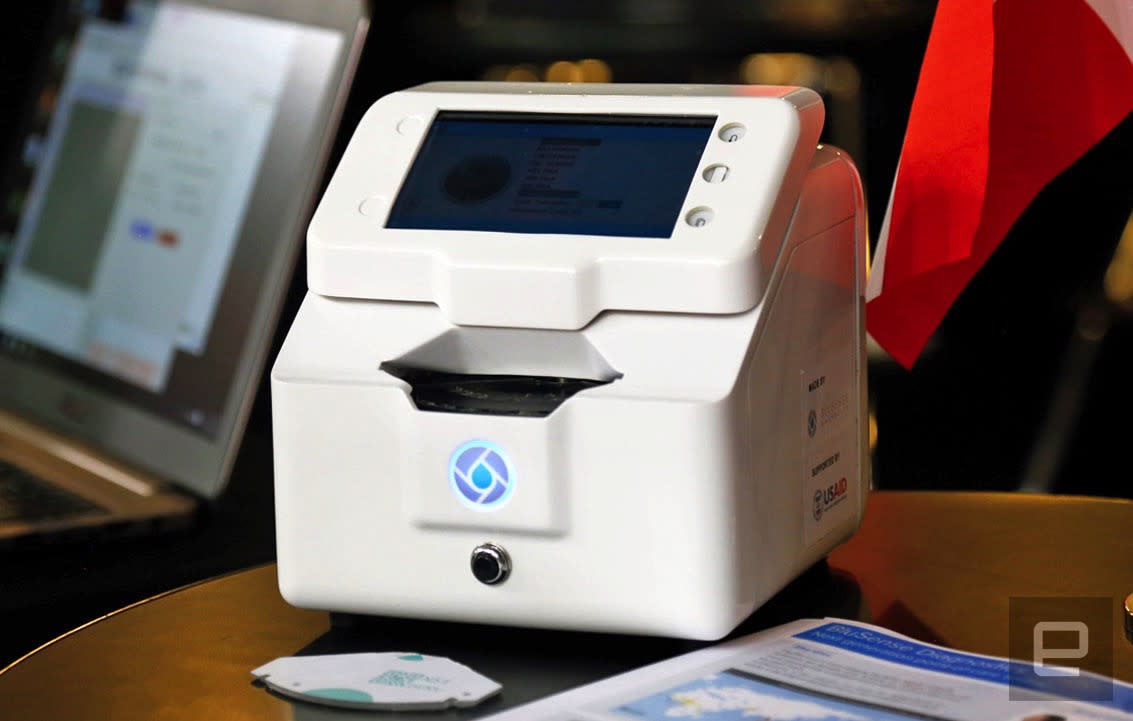 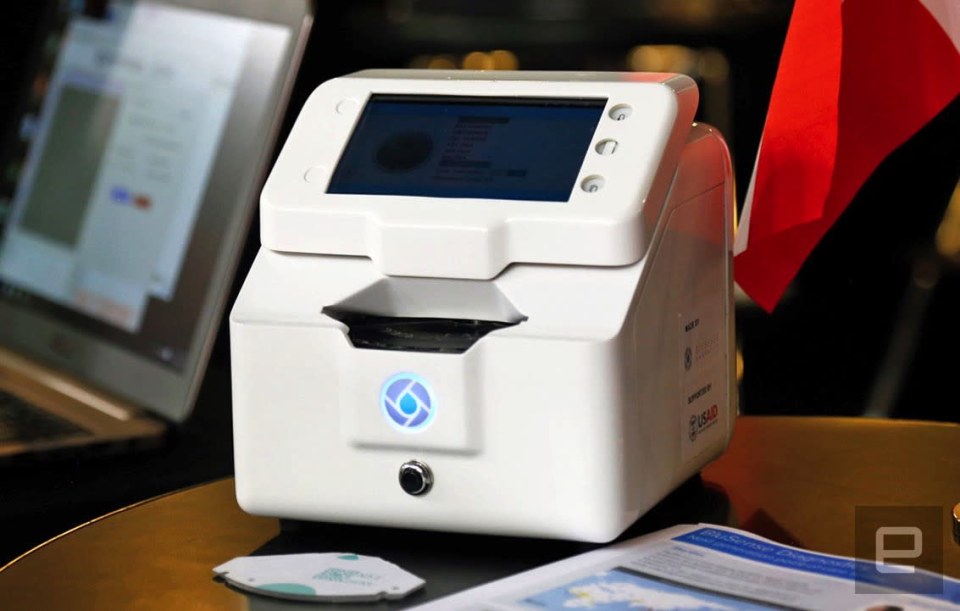 At this point, the idea that you could use a drop of blood, taken from your finger, to test for disease is pretty played out. After all, a certain company has spent the last year or so burning up any remaining goodwill for the technology. Despite this, a Danish-Taiwanese company called BluSense Diagnostics claims that it has developed a tiny box that can test for both dengue fever and the Zika virus with a single drop of finger blood.

Zika may not be the top story on the evening news anymore, but that doesn't mean that the virus has gone away. The CDC reported 121 instances of infected people living in the United States between January and May 24th of 2017. BluSense, in fact, won a cash prize as part of USAid's Grand Zika Challenge to develop an effective way of diagnosing the problem.

Once the fingerprick has been taken and drawn up into the plastic cartridge, it is mixed with magnetic nanoparticles. The sample is then loaded into the BluSense machine, which contains a small turntable to centrifuge the sample for nine minutes. Once that's done, the blood is scanned -- amusingly, with the same sort of blue laser that you'd find in a Blu-ray player -- and a result provided.

BluSense EVP Jessie Sun says the company already has validation for its dengue-fever tests and is working with the FDA on its Zika diagnostics. Sun is confident that the company will breeze through the process, because both are diagnosed in a similar way, she says. If successful, BluSense's device will enable medical facilities to run the tests for less than $20 a patient. That's a lot less than some private Zika tests you can get, which run into the hundreds of dollars per person.

In this article: applenews, BloodTest, BluSense, Computex2017, Fingerstick, gear, medicine, Zika
All products recommended by Engadget are selected by our editorial team, independent of our parent company. Some of our stories include affiliate links. If you buy something through one of these links, we may earn an affiliate commission.