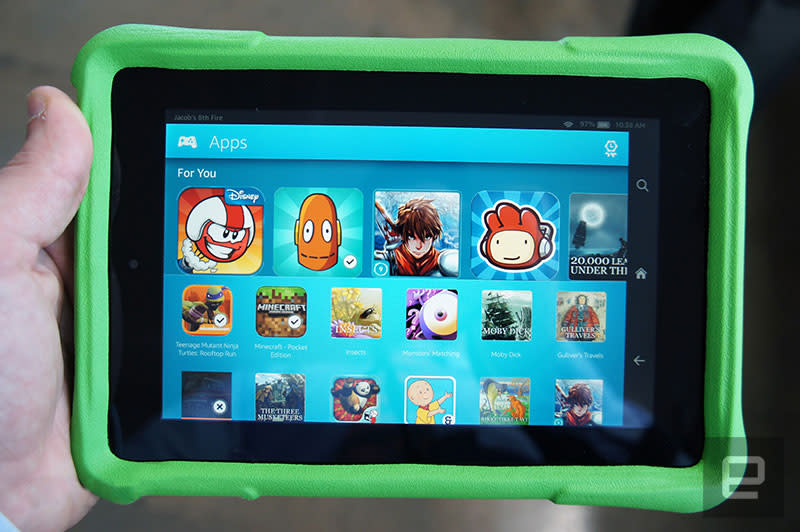 Last year, a federal judge ruled Amazon was on the hook for tens of millions of dollars worth of unauthorized in-app purchases made by kids in free-to-play apps. This week, the online retail giant officially started issuing over $70 million in refunds to eligible customers as part of its settlement with the Federal Trade Commission.

If your kids (or you, yourself) were among the thousands that were hit with unauthorized charges, you should have already received an email from Amazon telling you how much you're owed. If not, users can also check the Message Center in their Amazon account or the specific refund page to check their eligibility.

The refunds will resolve a case that started three years ago when the FTC sued Amazon for launching the Kindle Fire OS with the parental settings turned off. According to the FTC's suit, kids were able to charge in-app purchases up to $99 without needing to enter a password, resulting in the millions of unwanted charges. Apple and Google both ran into similar issues with the consumer watchdog agency when launching their respective app stores, but those two companies acted quickly to reach a settlement with the FTC. Amazon's case was drawn out because the company unsuccessfully tried to argue that it had adequately handled billing complaints and issued refunds where appropriate. Apple eventually agreed to pay a minimum of $32.5 million in refunds, while Google refunded $19 million in kids' purchases.

In this article: amazon, applenews, FederalTradeCommission, ftc, gear, In-appPurchases, internet, KindleApp, KindleFire, services, TL18FUND
All products recommended by Engadget are selected by our editorial team, independent of our parent company. Some of our stories include affiliate links. If you buy something through one of these links, we may earn an affiliate commission.