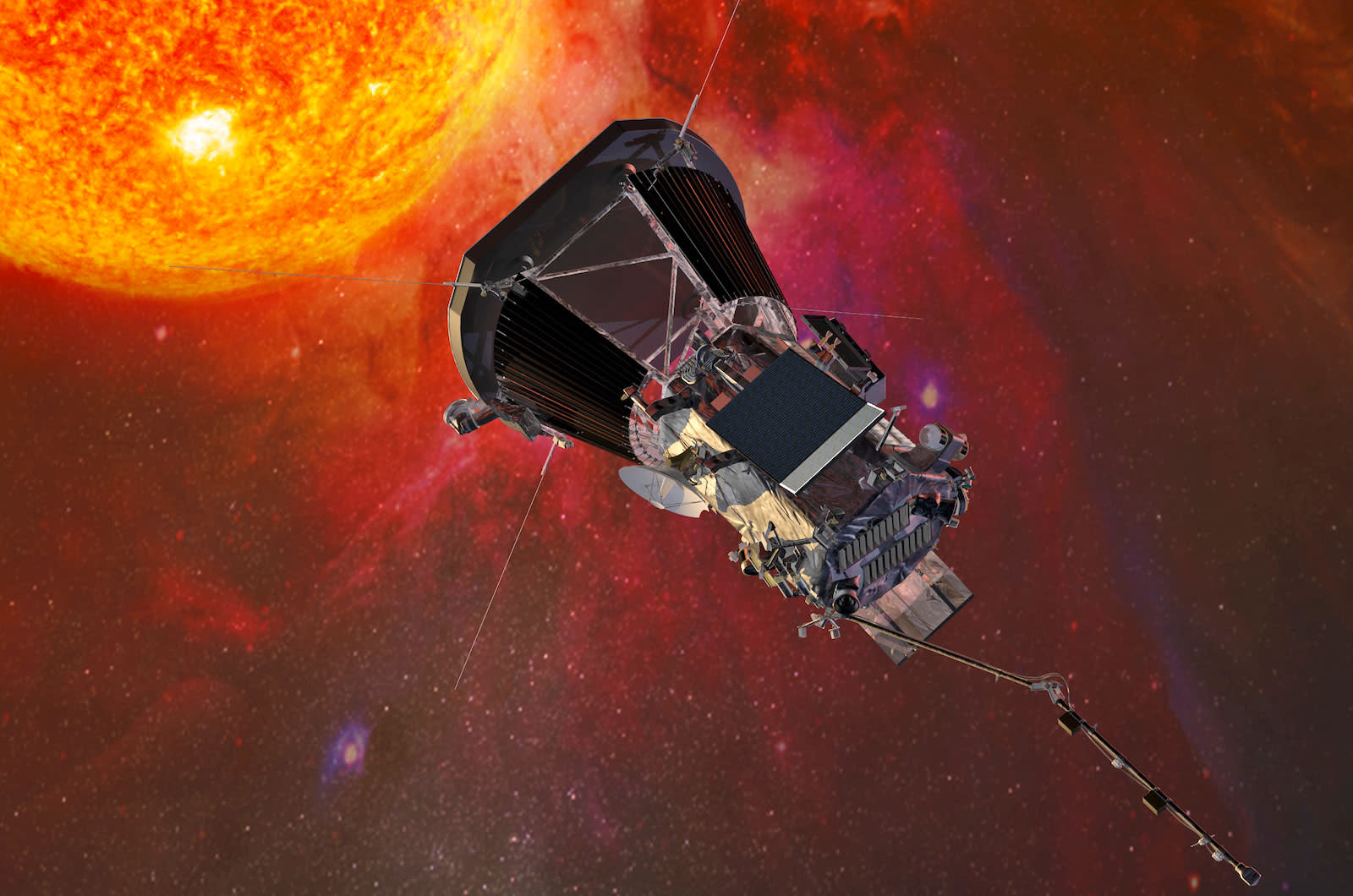 Today, NASA announced the details of a mission that will take us directly into the sun's corona. Nicola Fox, the Mission Project Scientist for the Parker Solar Probe Mission at Johns Hopkins University Applied Physics Laboratory, revealed the probe's mission to the public: to touch, measure, and analyze the atmosphere of our sun.

By sending the Parker Solar Probe into the corona of the sun, NASA is hoping to answer such questions such as: Why is the corona, the top layer of the sun's gaseous atmosphere (visible only during a solar eclipse), hotter than its surface? And why does the atmosphere become so energized that it escapes the sun, turning into solar wind? These might seem basic, but understanding these issues will help us further understand the solar wind and how it affects the Earth.

The Parker Solar Probe's mission is scheduled to launch in 2018 aboard a Delta IV Heavy rocket, utilizing its third stage because of the high speed the spacecraft will need to travel -- roughly 118 miles per second. It will use Venus flybys over the course of seven years and 24 orbits for gravitational assists to get closer and closer to the sun. The end goal is to be about 4 million miles from our star.

As you can imagine, the heat shielding for this probe, which will be seven times closer than any previous mission to the sun, will be extensive. In fact, that's why the mission has taken so long to develop -- the materials necessary had to be invented before we could send it on its way. The heat shield was developed using a carbon-carbon composite and will be required to withstand temperature extremes -- from the heat of the corona, up to 2,500 degrees F, to the cold of space. The team is also designing solar panels that can swing into and out of the spacecraft, depending on the probe's distance from the sun.

NASA still has some work to do testing the Parker Solar Probe before it's ready to go, but it won't be too long before it heads to the sun: the probe's 20-day launch window will open on July 31st, 2018.

In this article: applenews, nasa, parkersolarprobe, space, sun
All products recommended by Engadget are selected by our editorial team, independent of our parent company. Some of our stories include affiliate links. If you buy something through one of these links, we may earn an affiliate commission.