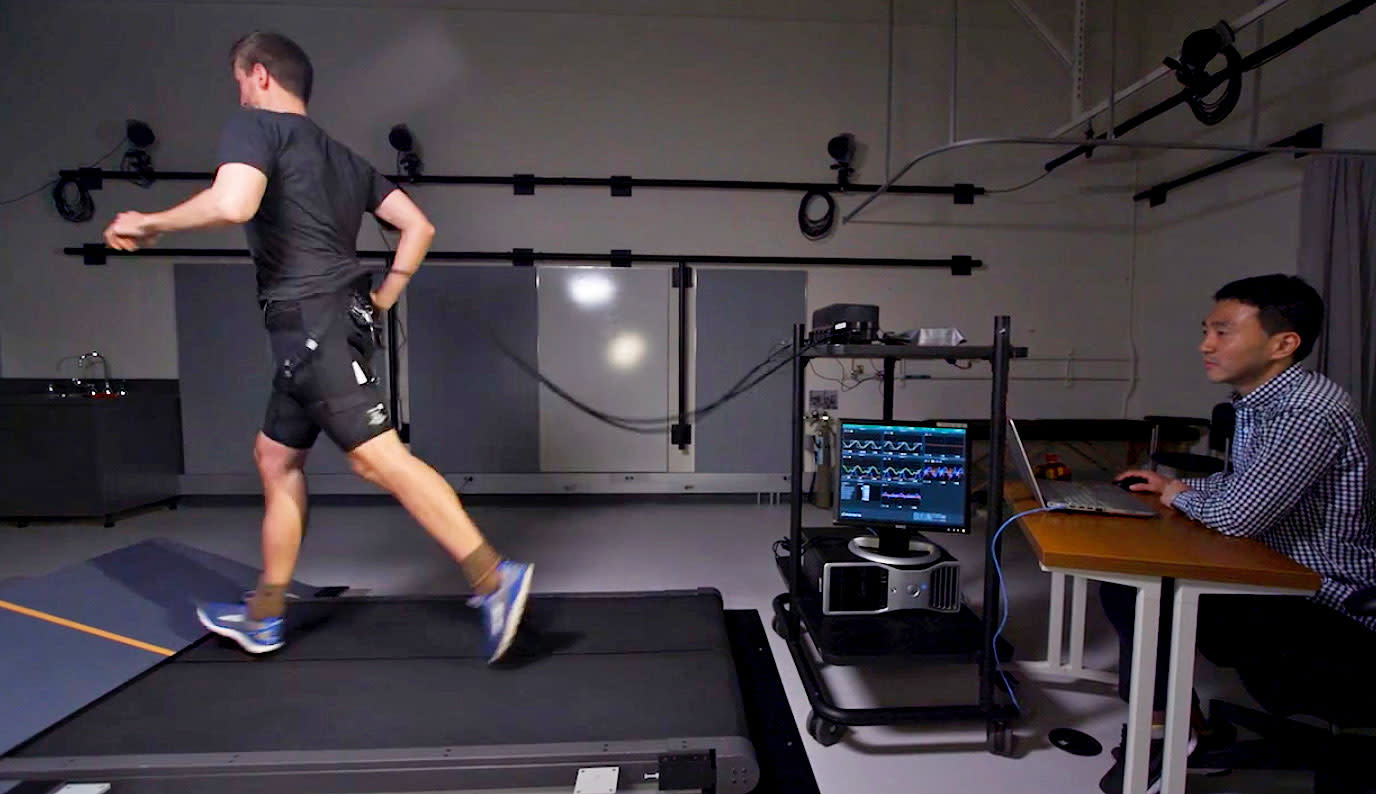 In marathons, milliseconds matter. A split-second can be the difference between victory and defeat; between setting a record and coming in second. So, it's a big deal when a team of Harvard engineers reveal a pair of shorts that reduce an average marathon time from 9:14 minutes/mile to 8:49 minutes/mile.

The shorts are part of a larger exosuit system researchers have in mind. But, for now, the shorts are tethered to an actuation unit that supports the muscles along the hip and leg. The suit adds strength and tension to these muscles as they're activated, reducing the overall metabolic cost of a run by 5.4 percent.

Researchers at Harvard referenced a previous exosuit study out of Stanford to calibrate their running shorts -- instead of applying force as the hip fully extends during a run, they shifted that force to slightly later in the stride. This technique doubled the shorts' effectiveness.

"Our finding supports a paradigm shift toward the concept that mimicking our current understanding of biology is not necessarily always optimal," the paper reads.

Engineers plan to continue testing various actuation profiles as their research continues. This particular study was funded by the DARPA Warrior Web program, the National Science Foundation, Samsung, The Wyss Institute and the Harvard engineering school.

"Our goal is to develop a portable system with a high power-to-weight ratio so that the benefit of using the suit greatly offsets the cost of wearing it," researchers said. "We believe this technology could augment the performance of recreational athletes and/or help with recovery after injury."

In this article: applenews, biometric, design, exosuit, gear, harvard, marathon, robots, running, shorts, wearables
All products recommended by Engadget are selected by our editorial team, independent of our parent company. Some of our stories include affiliate links. If you buy something through one of these links, we may earn an affiliate commission.