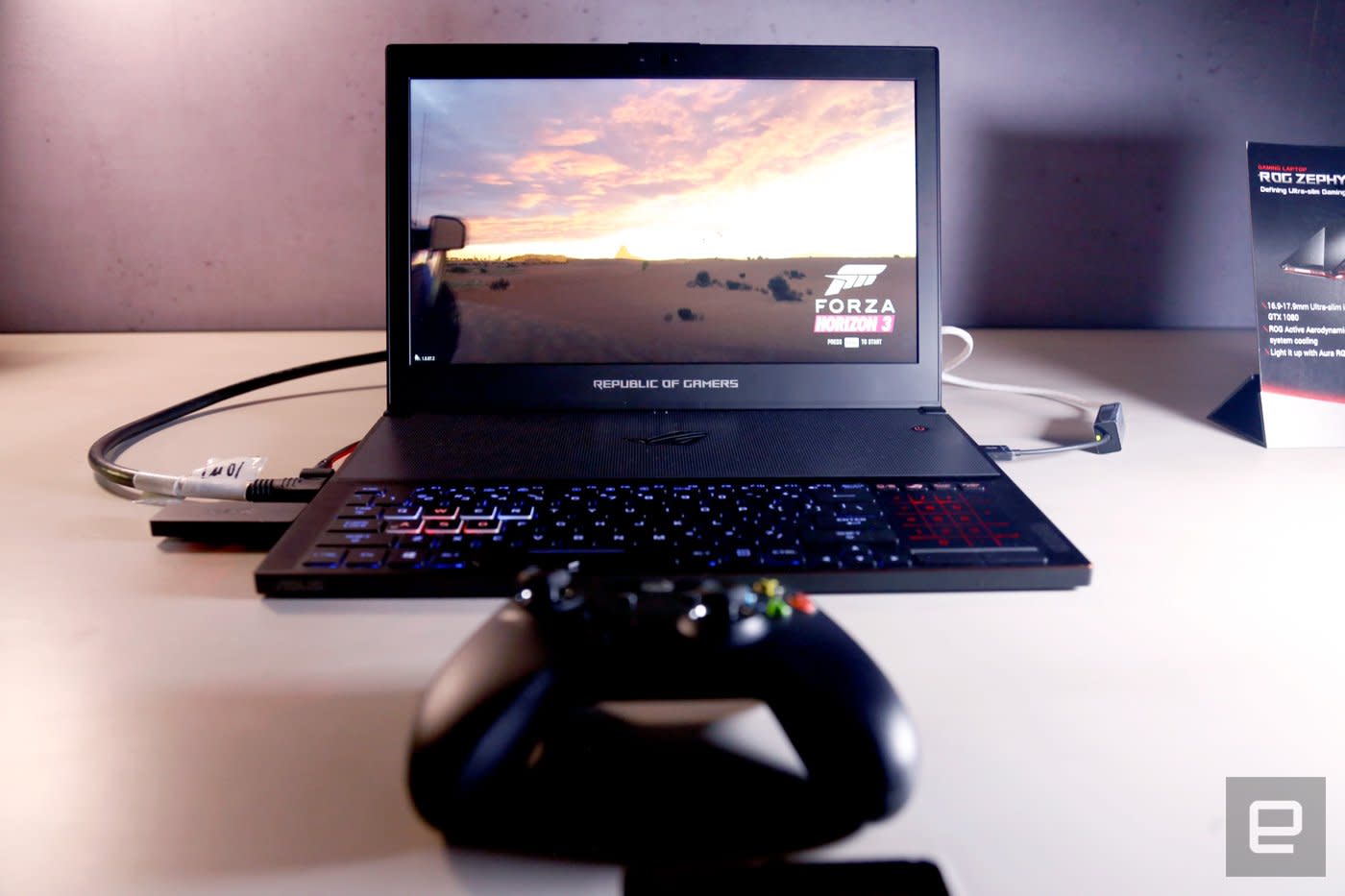 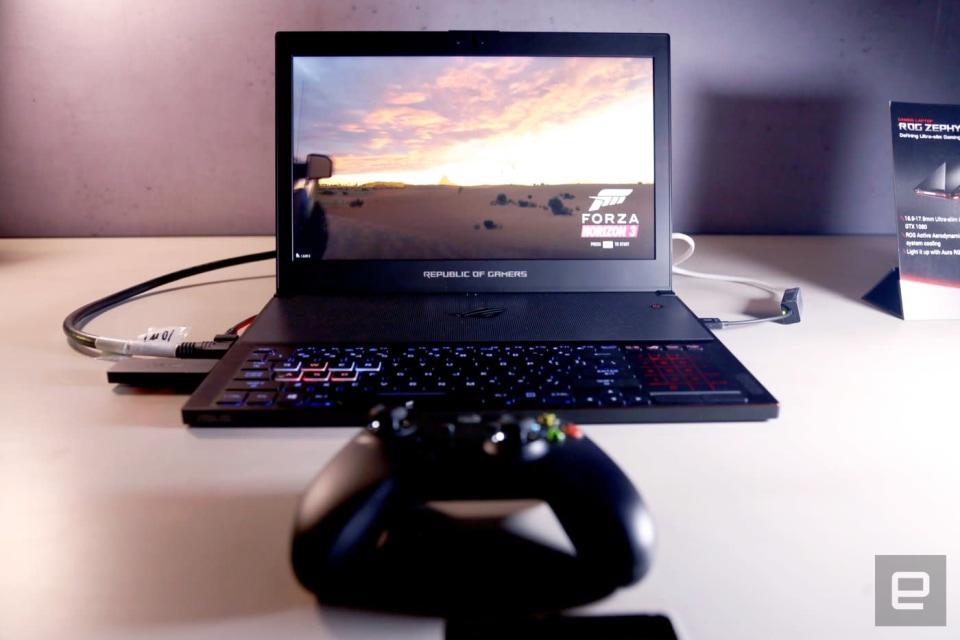 One thing was very clear at Computex: It's going to be a transformational year for computing. We're seeing several trends from the past few years -- like the move toward thinner and lighter laptops, and the rise of mobile computing -- evolve in new and intriguing ways. It was a surprising revelation for a trade show that's sometimes regarded as irrelevant. But, in some ways, it makes plenty of sense. Computex has always been the place to see the groundwork being laid for technology industry's next steps. It just so happens that this year was particularly ripe with innovation.

Expect to hear plenty more about "always-connected" PCs over the next year. It's an initiative spearheaded by Microsoft, along with partners Intel and Qualcomm, to develop PCs that are never without an internet connection. Key to Qualcomm's strategy is bringing Windows to Snapdragon SoCs (system-on-a-chip), which can ultimately lead to lighter and longer lasting devices with gigabit LTE built-in. Another important element is e-SIM technology, which allows you to easily update your carrier details without juggling SIM cards.

Speaking of e-SIM, it's also going to be integrated into all of Intel's modem's going forward. Intel mentioned at Computex last year that it would be trying to build up its modem business, and this is one way it can make that happen. While it might just seem like a minor convenience, Microsoft says e-SIM could make it much easier for consumers to get their PCs online whenever they want. When you buy a new PC, for example, you could conceivably sign it up for data service without calling your carrier. Even better, it could lead to the idea of "snackable" mobile data, where you can buy a gigabyte or two only when you need it. That could eventually be the sort of thing you seamlessly buy on the Windows Store, representatives said.

Microsoft and its partners are basically hoping to make ubiquitous networking as important as WiFi to consumers. I also wouldn't be surprised to see Microsoft explore this idea with a whole new Surface device -- perhaps with the long-rumored Surface phone, or a small tablet. It would be similar to how, with the original Surface devices, the company jump-started the idea of laptops that can double as tablets. Not surprisingly, Microsoft reps wouldn't comment when we asked about a potential Surface always-connected device.

NVIDIA's Max Q design philosophy is focused on one thing: Making sure gaming laptops are significantly lighter and thinner than before. The company is aiming to make GTX 1080-equipped laptops almost as thin as Ultrabooks, with a weight around 5 pounds. That's hefty when you're judging against typical productivity laptops, but that's incredibly impressive for something that can go toe-to-toe with gaming desktops.

The ASUS ROG Zephyrus, one of the first machines to benefit from the Max Q philosophy, is the thinnest gaming laptop we've ever seen. Acer, meanwhile, revealed that its sleek Triton 700 was also built with Max Q in mind. Obviously, these are going to be expensive machines. But they're a huge change from the 10-pound behemoths that we used to call gaming notebooks. If you can afford it, Max Q means you won't have to compromise as much with portability if you constantly need to feed your Overwatch addiction.

If you've got $2,000, you'll soon be able to stuff Intel's 18-core i9 Extreme processor into your rig. Aside from giving you bragging rights, it's also Intel's first consumer CPU to offer a teraflop worth of computing power. The company is targeting it at "megataskers" who do things like play games in 4K and broadcast them in HD simultaneously. It's not the sort of thing many people need yet, but it's a good sign for the power hungry among us.

The Compute Card doesn't look like much. But inside Intel's credit card-sized sliver is everything you'd need to make a functioning computer. There's a processor, memory, storage and networking capabilities. It's the first fix we've seen for the smart-device dilemma -- and it's only a matter of time before your connected devices become obsolete. If manufacturers bite, the Compute Card could be used to power things like TVs, all-in-one PCs, laptops and intelligent displays. Once things start to get slow, you can just pop in a new card.

Intel isn't the only company to take a stab at modular computing. But it's the only one that has the clout to get device makers aboard. So far, Intel's partners include Dell, LG and Lenovo. Based on the brief demos we saw, they're all still experimenting with the platform. But there's clearly room for unique ideas. Dell, for example, built a monitor stand with a Compute Card slot. All you need to do is add a monitor of your choosing for an instant all-in-one.

Not all of the big ideas we saw at Computex will succeed, of course. But what makes this year different compared to most others is that they're rooted in clear consumer need. We all want computers that can get online anywhere. Gamers want sleeker devices that can pack in a ton of power. And consumers don't smart devices that won't become obsolete in a few years.

In this article: acer, AlwaysConnectedPc, applenews, ComputeCard, computex2017, dell, gadgetry, gadgets, gaming, gear, intel, MaxQ, microsoft, nvidia, personal computing, personalcomputing
All products recommended by Engadget are selected by our editorial team, independent of our parent company. Some of our stories include affiliate links. If you buy something through one of these links, we may earn an affiliate commission.