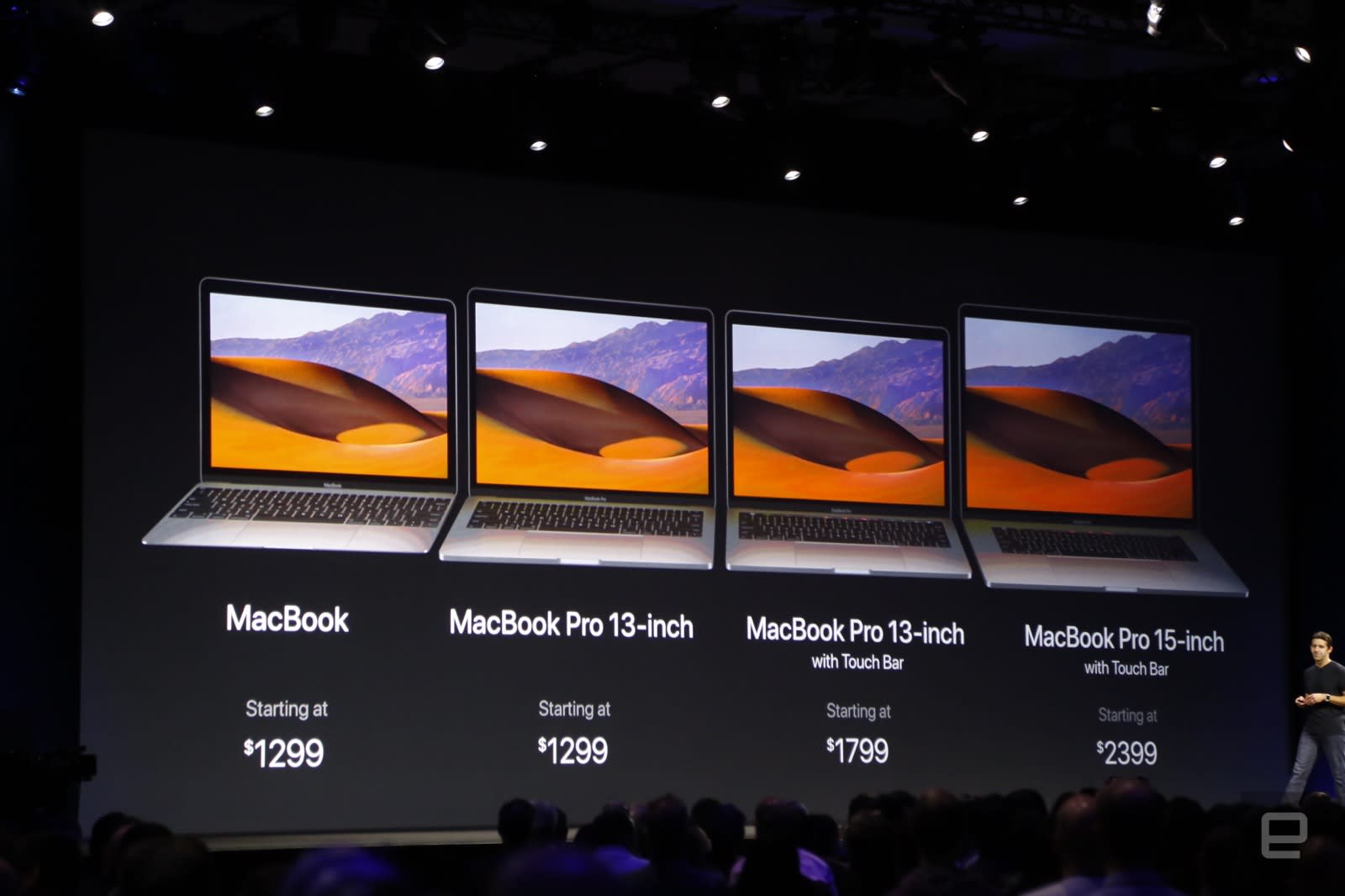 Apple's 2017 laptop lineup will be a bit speedier than last year's offerings, the company announced at WWDC 2017 on Monday. The MacBook will receive the seventh-generation "Kaby Lake" processors from Intel. Specifically, they'll come equipped with a new i7 chip ranging in speed from 1.3GHz up to 3.6GHz. Its new SSD will be both twice as fast as the current model and support double the memory.

If you happened to purchase a MacBook Pro, the one with a newfangled Touch Bar, right after Apple announced it last October, you are in for a furious. The company also announced a new 13-inch, Touch Bar-less MacBook Pro starting at $1,300. It, too, will sport the i7 at speed up to 4GHz as well as a 500-nit Retina display. The 15-inch MBP isn't being left out of the upgrade spree either; its new processors will range from the 3.1GHz Core i7 up to 4.1GHz. It's still going to set you back $2,500.

In this article: apple, Apple Worldwide Developers Conference, applenews, gear, intel, Kaby Lake, macbook, MacBook Pro, personal computing, personalcomputing, wwdc2017
All products recommended by Engadget are selected by our editorial team, independent of our parent company. Some of our stories include affiliate links. If you buy something through one of these links, we may earn an affiliate commission.