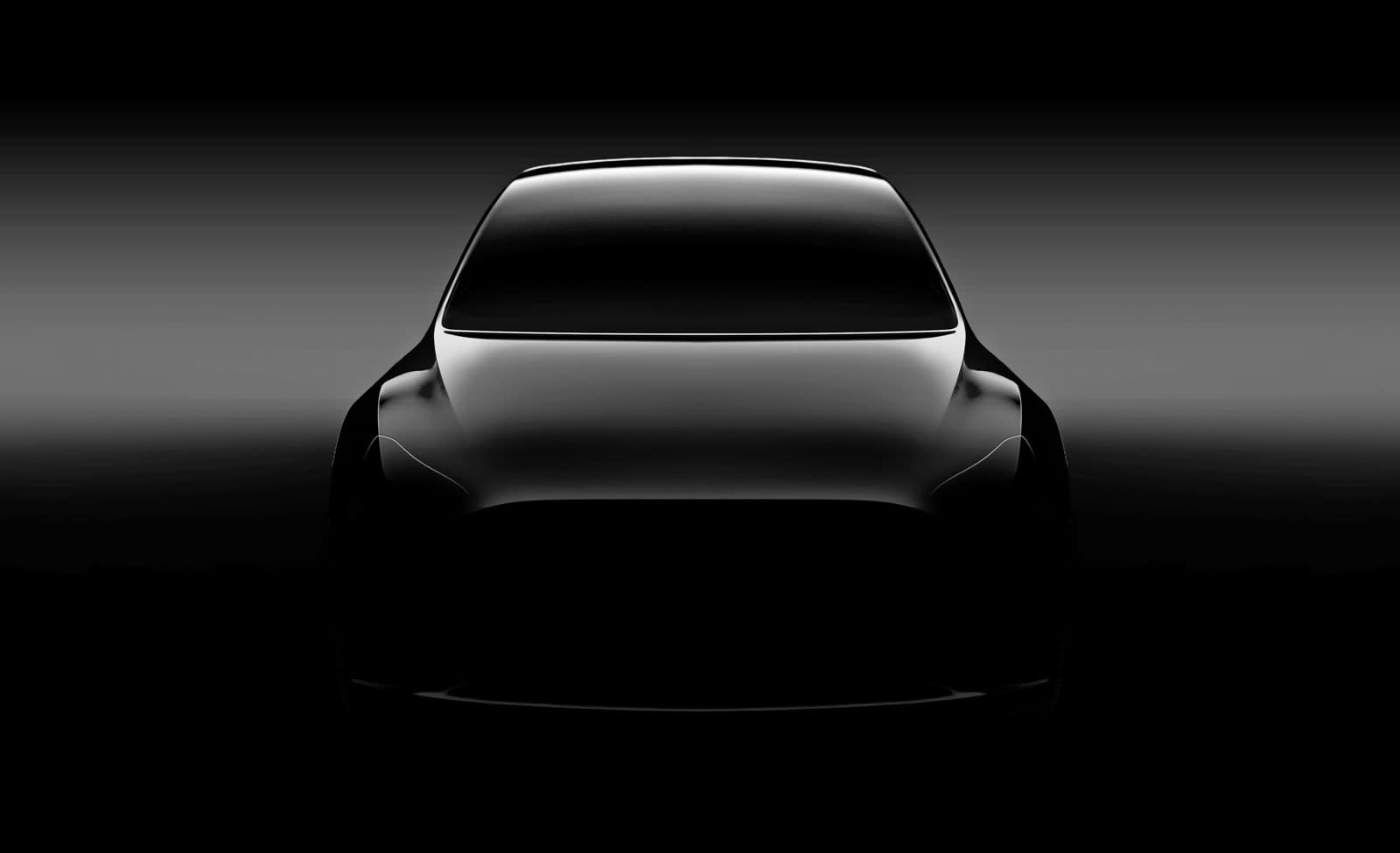 It'll take a few more years before Tesla officially launches the Model Y, but we now kinda, sorta know what it could look like. The automaker has given us a first look at the upcoming mass market crossover EV during its annual shareholder meeting. It's pretty dark and doesn't really show a lot of details, but you'll probably notice the glaring lack of mirrors in the design. We don't know if Tesla truly believes it won't need mirrors when it becomes available by 2019 and beyond or if the design still isn't complete. All we know at this point is that it won't be based on the Model 3 platform, because Tesla chief Elon Musk wants to reduce the wiring needed by the company's vehicles.

At the shareholders meeting, Musk said Tesla actually made a mistake deriving Model X from the Model S platform. "It would have been better to just design an SUV the way an SUV should be designed. Design a sedan, the way a sedan should be designed. Otherwise, you would just try to shoehorn something that doesn't make sense," he said. The decision also gives Tesla the chance to use new and better manufacturing techniques for the SUV that will allow the automaker to drop capital expenditures between Model 3 and Model Y by a factor of two.

In addition to dropping a shadowy photo of its upcoming SUV, the company has also assured everyone that it's on track to begin Model 3 production in July. Its configurator will go live then, as well, starting with the simplest options like the car's color and the wheels. Other more complex options like dual motors will be available later. If you put down a deposit for the $35,000 electric sedan right now, you might get it as soon as the end of the year.

Finally, Musk has hinted at a big announcement when Tesla unveils its electric semi truck later this year. He wouldn't reveal much other than suggesting that "there's more than [they're] saying here" and recommending people to tune in.

In this article: applenews, gear, modely, teaser, tesla, transportation
All products recommended by Engadget are selected by our editorial team, independent of our parent company. Some of our stories include affiliate links. If you buy something through one of these links, we may earn an affiliate commission.