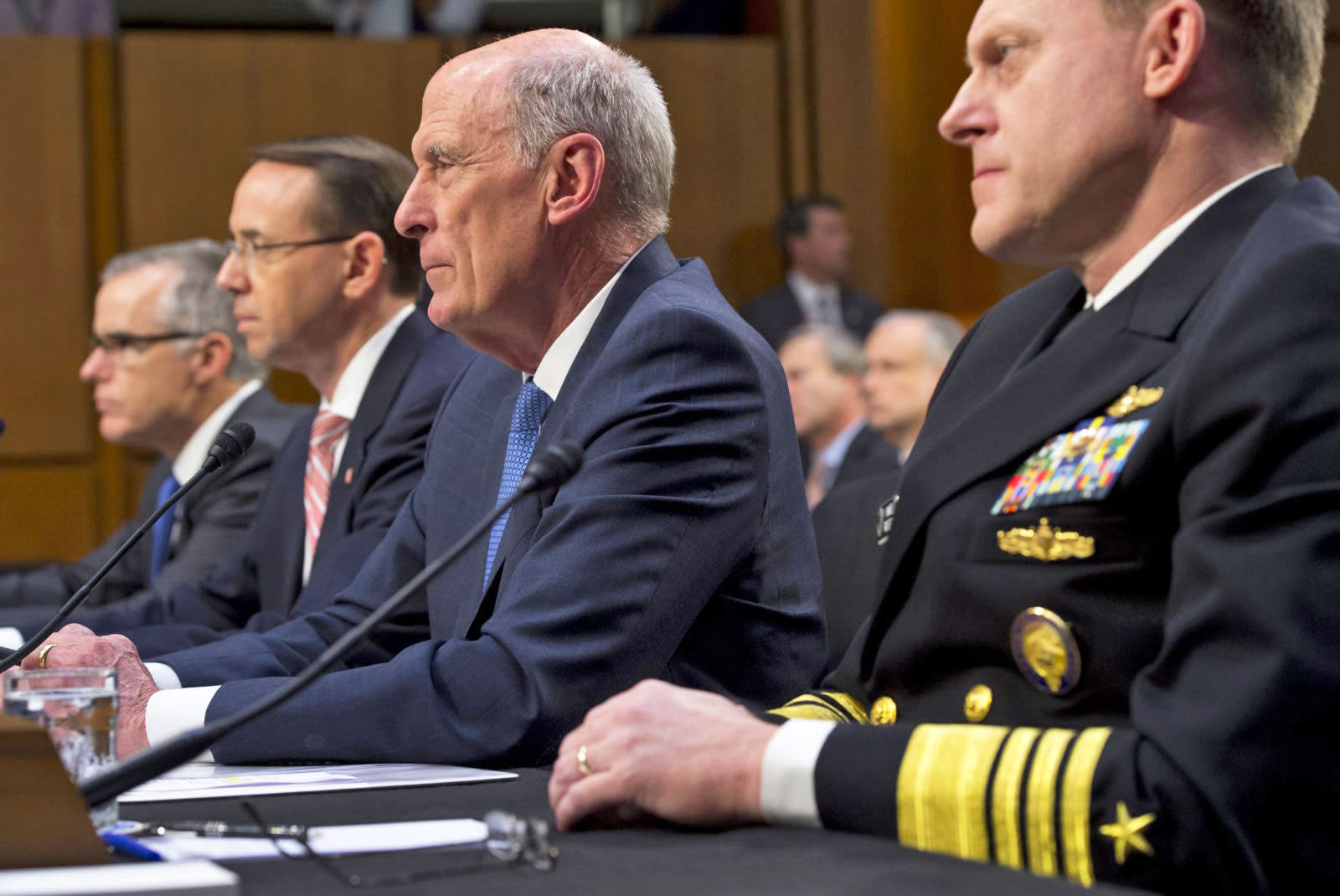 The directors of America's federal intelligence agencies appeared before the Senate Intelligence Committee on Wednesday in an effort to convince the governing body to permanently extend Section 702 of the Foreign Intelligence Surveillance Act, a law that enables the federal government to monitor the communications of non-US citizens on foreign soil who are communicating with Americans here in the United States regarding matters of national security. Essentially, it enabled the intelligence community to eavesdrop on conversations between suspected terrorists and their associates, even if some of them happen to be US citizens.

Director of National Intelligence Daniel Coats, acting FBI Director Andrew McCabe, Deputy Attorney General Rod Rosenstein and National Security Agency Director Michael Rogers appeared before the Senate Intelligence Committee on Wednesday to vouch for Section 702, which is set to expire at the end of the year. The directors argued that Section 702 should be made permanent in order to continue protecting American interests and national security.

However, the Foreign Intelligence Surveillance Court in 2011 ruled that the NSA's digital dragnet violated the 4th Amendment because it was so broad as to collect the information of US citizens who were completely unrelated to the government's investigation. Even after the agency enacted additional safeguards to protect citizens privacy, its searches continued to pick up random citizens, instigating the FISC to withhold the program's renewal until it eliminated it's dragnet searches entirely.

What's more, the provision has repeatedly drawn the ire of civil rights and privacy advocates, as well as tech titans like Google and Facebook. "This development underscores the need for Congress to significantly reform Section 702 of FISA, which will continue to allow warrantless surveillance of Americans," ACLU legislative counsel Neema Singh Guliani told Engadget in April. "While the NSA's policy change will curb some of the most egregious abuses under the statute, it is at best a partial fix. Congress should take steps to ensure such practices are never resurrected and end policies that permit broad, warrantless surveillance under Section 702, which is up for reauthorization at the end of the year."

On the other hand, the push for Section 702's permanence has (unsurprisingly) attracted the support of a large bloc of conservative Senators. And given the current polarization within Congress you can expect some legislative fireworks before this matter is settled.