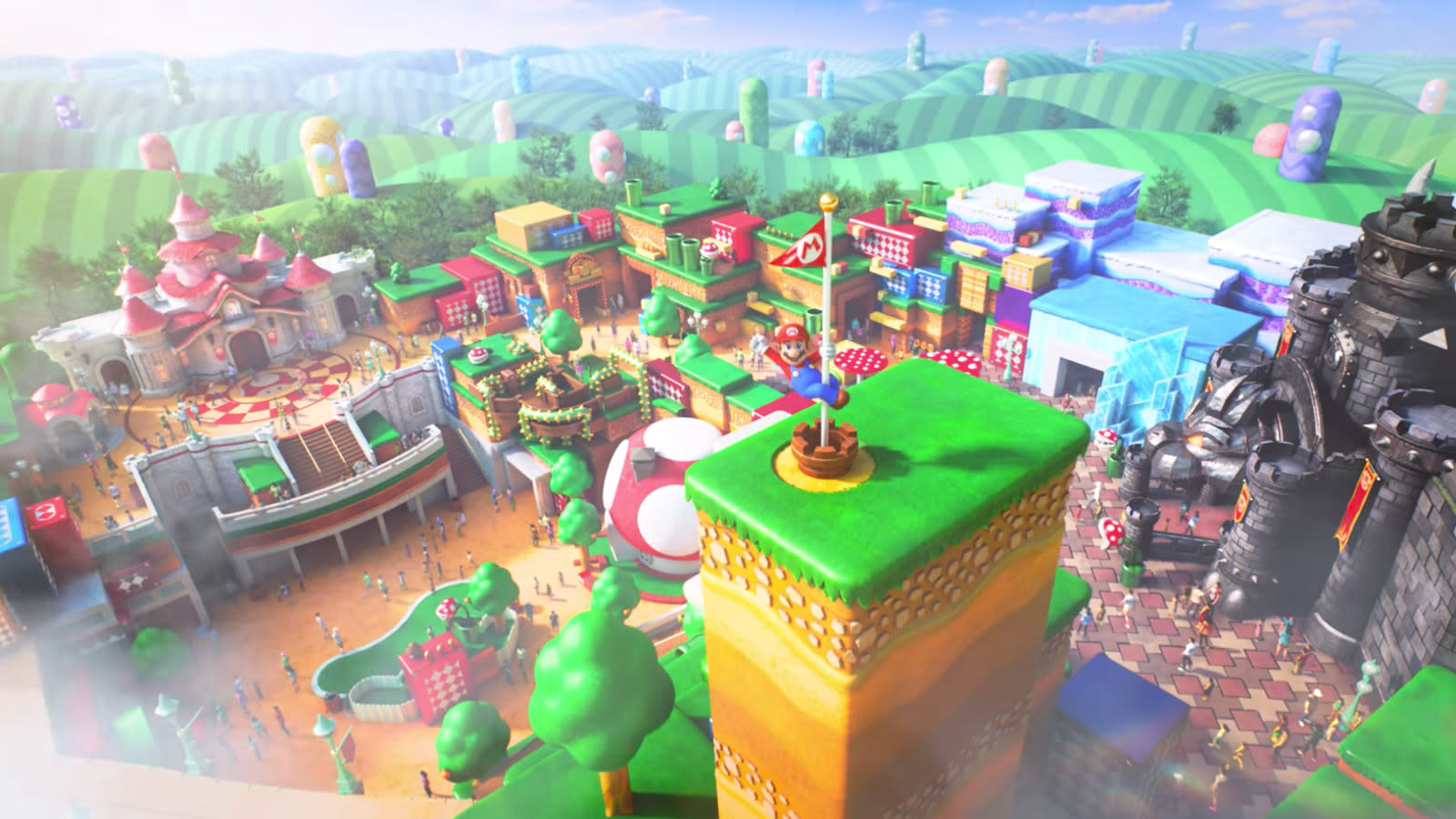 To celebrate the start of construction on Super Nintendo World, Universal Studios Japan has released its first teaser trailer for the upcoming park attraction. And what's more, the pair confirmed that a Mario Kart ride will be the jewel in its crown, which should come as a surprise to absolutely no one. Previously published patent documents suggest this guaranteed crowd-pleaser will run on a rail, but let one rider control drift while their kart partner concentrates on power-up and weapon use. Super Nintendo World is set to open at some vague time before the 2020 Tokyo Olympics, though, so it's unlikely we'll get any firm details in the immediate future.

The trailer itself isn't particularly revealing, but it does reaffirm that everyone's favorite Italian plumber and friends/foes are the stars of the show. You'll be able to visit the castles of both Peach and Bowser -- they're neighbors, apparently -- which'll presumably serve as the frontages for rides (or shops). Otherwise, it looks exactly how you'd expect a Mario-themed park zone to look, at least in CGI -- no doubt the other two planned sites in Hollywood and Orlando will follow this template, too.

It's hard to muster excitement for something that's so far off, but the trailer is also a pleasant reminder that a new 3D Mario game is hitting the Switch later this year. Yey!

In this article: applenews, av, entertainment, gaming, mariokart, nintendo, supermario, supernintendoworld, themepark, universalstudios, universalstudiosjapan
All products recommended by Engadget are selected by our editorial team, independent of our parent company. Some of our stories include affiliate links. If you buy something through one of these links, we may earn an affiliate commission.