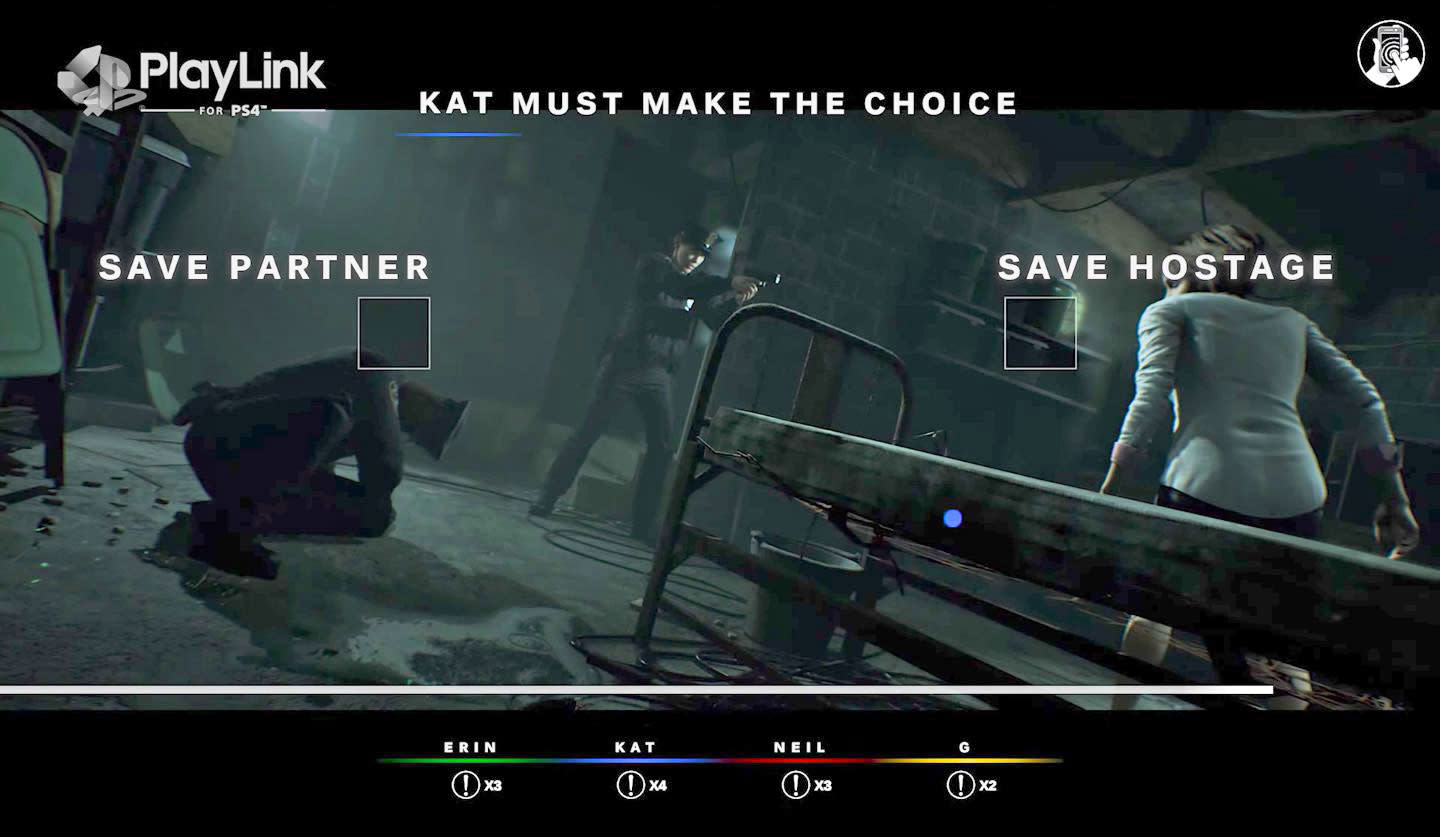 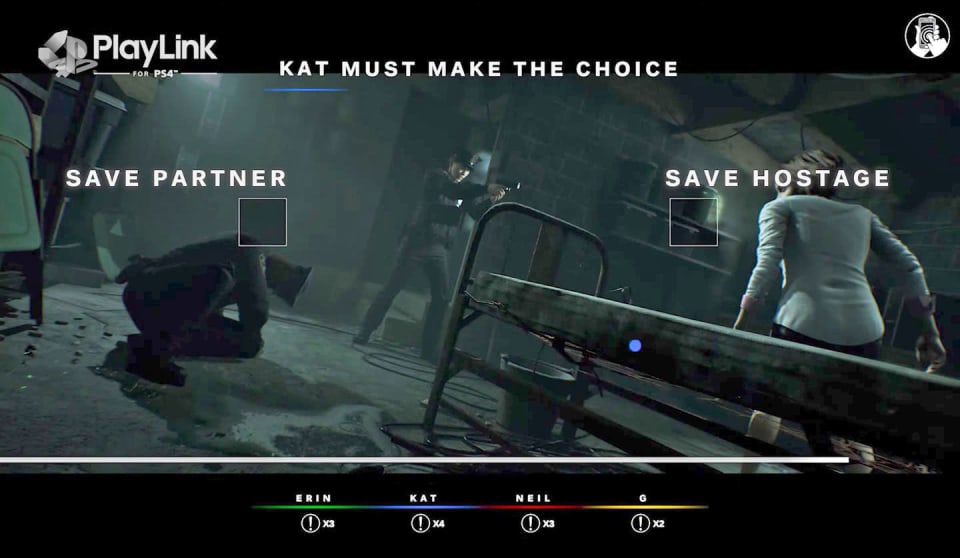 Until Dawn was one of the more unique attempts at cinematic gameplay, mostly because it was ready made for playing with a group of your friends. Now its developers, Supermassive Games, are gearing up for an even more social experience with their next PlayStation 4 title, Hidden Agenda. It's one of the first games to support Sony's new PlayLink feature, which lets a group of people play together with their smartphones.

Hidden Agenda centers on a group of people trying to stop a serial killer, so you can expect to see plenty of grizzly death sequences like in Until Dawn. The launch trailer shows a group of four friends using their phones to make group decisions -- like sticking together or going separately, when entering a new area -- and at other times one person is forced to make a choice. The game will also secretly give one player a secret objective (hence the name), that could put them at odds with the others. If anything, it looks like it'll be another great party game from Supermassive.

In this article: applenews, av, entertainment, gaming, HiddenAgenda, PlayLink, PlayStation, sony, UntilDawn
All products recommended by Engadget are selected by our editorial team, independent of our parent company. Some of our stories include affiliate links. If you buy something through one of these links, we may earn an affiliate commission.