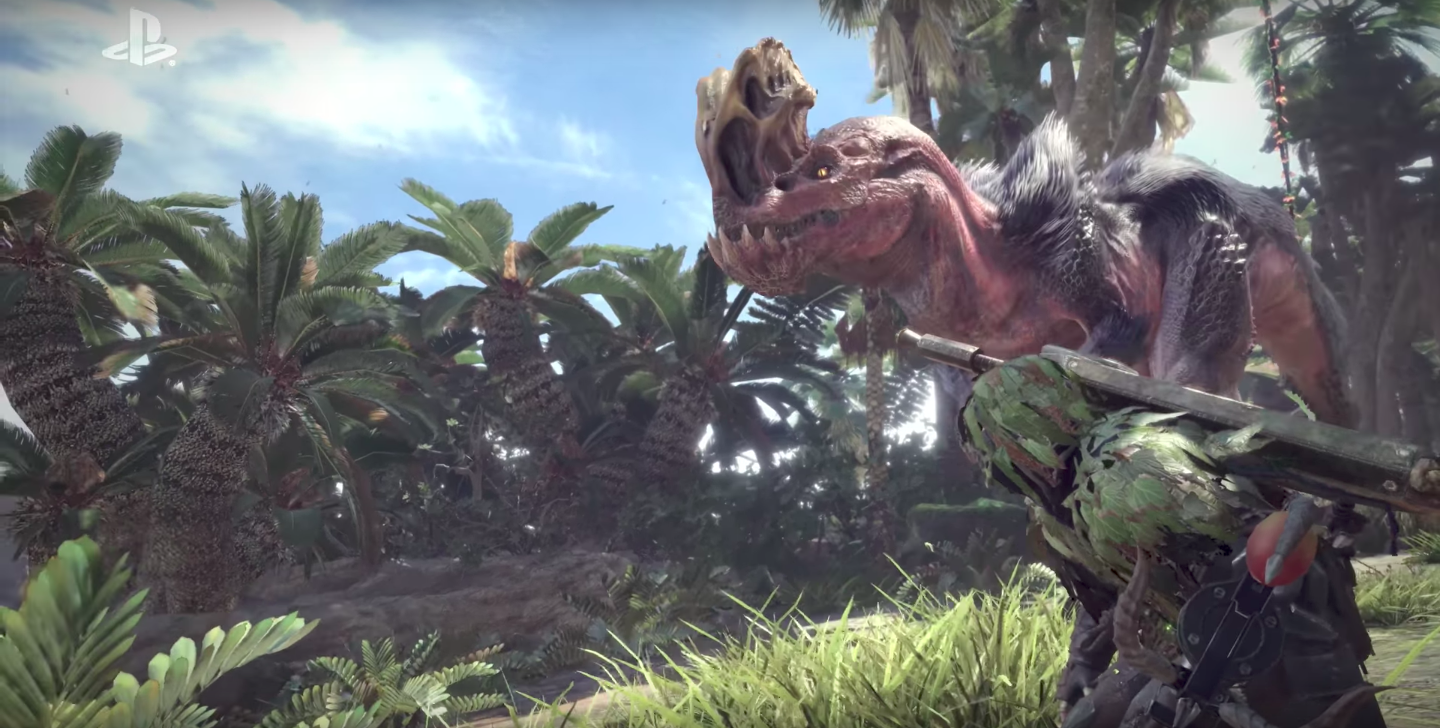 The Monster Hunter series is bigger in Japan than many of the foes you'll face in the game with its most recent release, Monster Hunter X, selling 3.2 million copies in roughly its first month. The series has not been nearly as popular here in the States, however that could change early next year when Monster Hunter: World drops worldwide, all at the same time.

The franchise has long focused on single-player questing, though there was the option to play along with up to three other hunters in order to take down larger prey. And, according to Capcom, that co-op system is getting even better with a redesigned drop-in multiplayer system that will "cross-region cooperative play between Japan and the west" thereby dramatically expanding the pool of potential playing partners.

It's also the first title in the series to launch within the same release window worldwide when it goes on sale for the PS4 and XBox One in early 2018. The PS4 version will also reportedly receive some exclusive content. Sorry PC gamers, you'll still have to wait a bit as that platform won't see the game until "a later date".

In this article: applenews, av, capcom, gaming, japan, monsterhunterworld, PC, ps4, US, XboxOne
All products recommended by Engadget are selected by our editorial team, independent of our parent company. Some of our stories include affiliate links. If you buy something through one of these links, we may earn an affiliate commission.