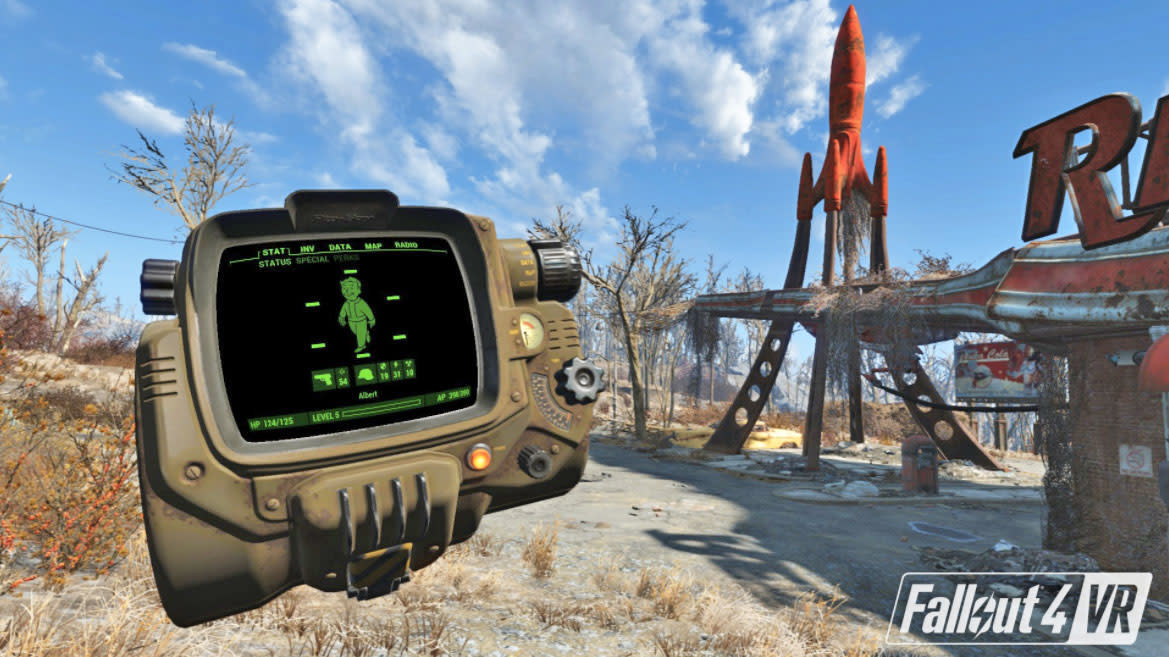 VR is all the rage these days and Bethesda is offering more immersive views of two of its popular games in 2017. One of those is Fallout 4, and the title is making the leap to HTC Vive this fall. At E3 last year, Bethesda revealed that both Fallout and Doom would soon be available in virtual reality and now we know when to expect at least one of them.

Details are still scarce for now, but what we do know is Fallout 4 VR is set to hit that virtual reality headset in October. We'll add more details here as they're announced, so stay tuned. Who knows, maybe we'll get a chance to play the new version at E3 2017 later this week. For now, watch the Fallout 4 VR trailer embedded below.

In this article: applenews, av, bethesda, BethesdaSoftworks, e3, e32017, fallout, fallout4, fallout4vr, gaming, htcvive, virtualreality, vr
All products recommended by Engadget are selected by our editorial team, independent of our parent company. Some of our stories include affiliate links. If you buy something through one of these links, we may earn an affiliate commission.