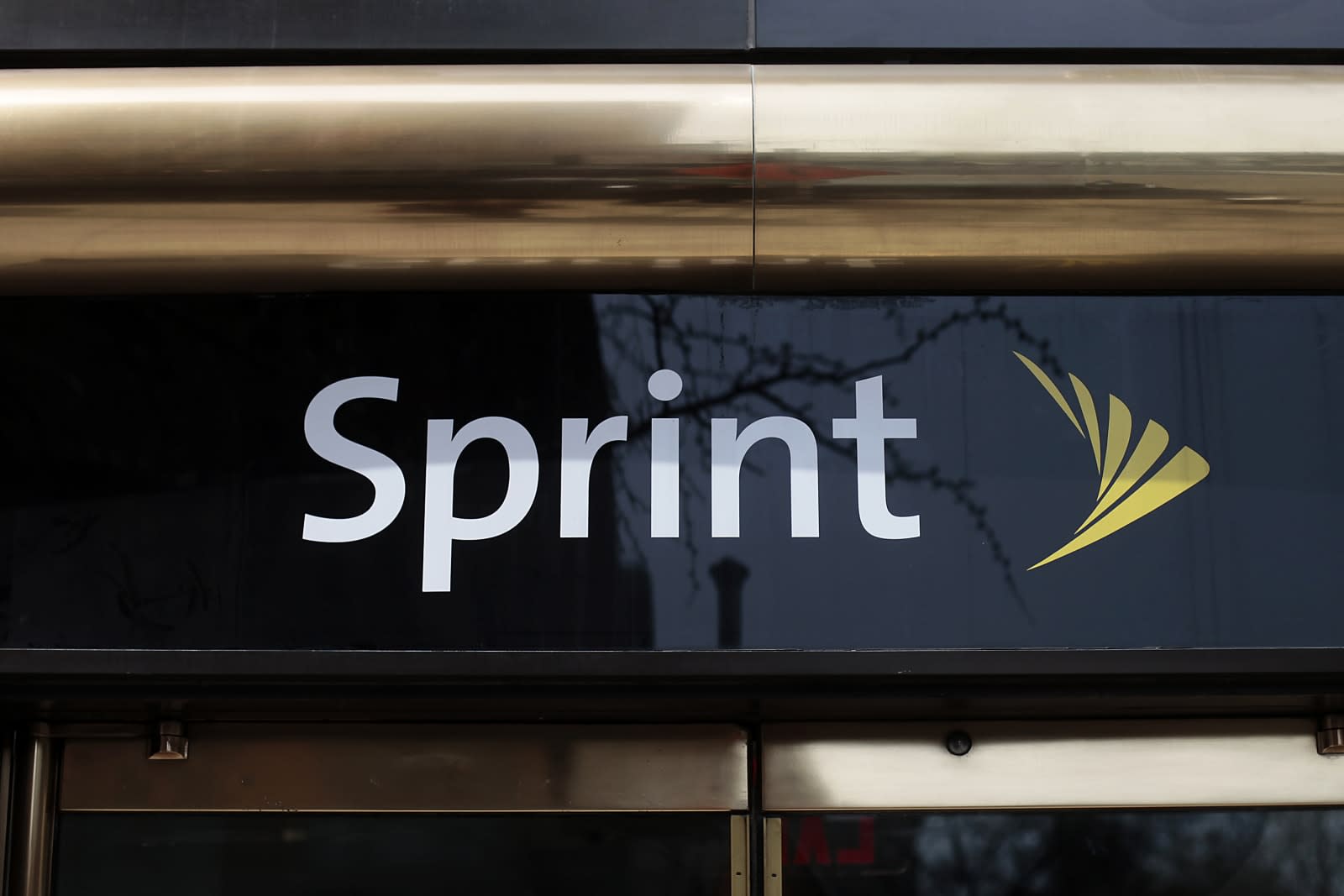 After ending its "half your bill" promotion earlier this year, Sprint is back with a new strategy to steal customers from its rivals. It's offering a year of free "unlimited" data, talk and text for those who bring their device over from other carriers, although it is targeting Verizon users in particular with its advertising and phone selection. The offer is available today through the end of June, and, as expected, there is plenty of fine print.

First, you'll actually have to pay a monthly $1.99 admin fee and $2.99 for a SIM card, as well as taxes on all that, so it's not completely free. For the most part, you'll get 4G LTE data, but speeds are capped at 8Mbps for gaming streams, 1.5Mbps for music and videos can transmit at up to 1080p. Your traffic will be deprioritized during congestion, and you'll get 10GB towards a mobile hotspot. When that allowance is spent, you'll be dropped to 2G rates on your hotspot, or you can buy additional high-speed data for $15 per 1GB. You'll also have to sign up for automatic bill payments and use one of the few eligible phones from Apple, Google, Samsung and Motorola.

You can only get a new handset after the first four months, although you can leave at any time during the year. When the 12 months is up, you can continue with Sprint for $60 a month, or go with any other carrier you wish. It sure seems like a pretty good deal for those who are sick of paying sky-high bills and can live with throttled speeds.

But for Sprint, this promotion also serves as an experiment. Senior vice president of communications David Covar told Engadget that the company is "looking at how can we target customers in an all-digital type of way." So you won't be able to get this deal if you walk into a physical Sprint outlet, and you won't see ads for the promotion on TV or billboards. Instead, you'll learn about and sign up for the deal online, and convert your number to Sprint through its website.

This keeps marketing costs minimal, so offering such a deal isn't too expensive for the carrier. But the company also isn't anticipating immediate returns. Covar said Sprint is expecting "low surface revenue" -- meaning it's not hoping to make a lot of money from this offer. However, the goal is that after the 12 months, customers will like the experience and see "no reason to switch back to another carrier," said Covar.

This isn't the only trick up Sprint's sleeve, either. Covar said the company plans to iterate on this deal in the future. For now, it remains to be seen if subscribers who are used to fast connections will be tempted to switch to a plan with so many limits to save money.

In this article: 4gLte, applenews, carrier, gear, mobile, networking, services, sprint, telephony, verizon, wireless, WirelessCarrier
All products recommended by Engadget are selected by our editorial team, independent of our parent company. Some of our stories include affiliate links. If you buy something through one of these links, we may earn an affiliate commission.