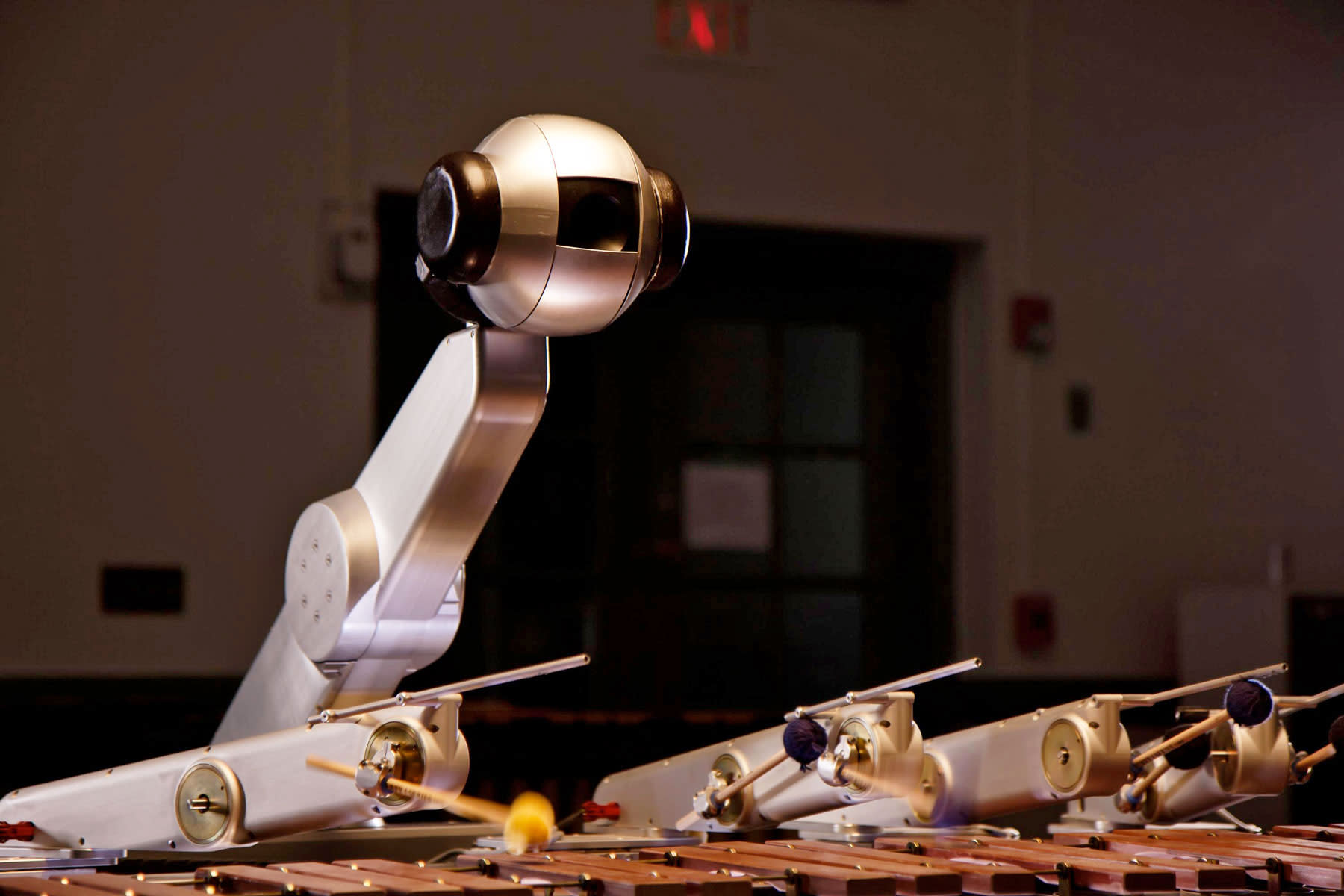 Georgia Tech's Mason Bretan has built a robot that can not only play music, but is now learning how to compose its own tunes. Shimon is a four-armed, marimba-playing droid that draws upon its vast library of songs to help it write the music that it plays. The system was fed around 5,000 songs from composers such as Beethoven and Stefani Germanotta all the way through to acts like Miles Davis and The Beatles.

Those with long memories will recall that Mason Bretan, who is now finishing his PhD, is already a name in the world of musical robots. Back in 2012, he developed Shimi, a robotic smartphone speaker dock that could track the facial expressions and position of its listeners. In addition, if you clapped a beat in front of the 'bot, Shimi would attempt to find a song that matched the rhythm that you have supplied.

Shimon is an advance upon that, and only requires a seed or the opening four measures of a song, after which it'll use its knowledge to improvise a tune. As you can see from the clip, the device creates a cheery, pretty inoffensive tune that could easily be mistaken for library music. It's not the only project around that's doing this sort of work, with British startup Jukeblox building an AI specifically to compose background music.

Shimon is going to perform its first live gig at the Aspen Ideas Festival at the end of this month, so we'll soon see if the robot can cut it under the hot lights.

In this article: AI, applenews, gear, Marimba, MasonBretan, Musician, Robot, robots, Shimon, video
All products recommended by Engadget are selected by our editorial team, independent of our parent company. Some of our stories include affiliate links. If you buy something through one of these links, we may earn an affiliate commission.