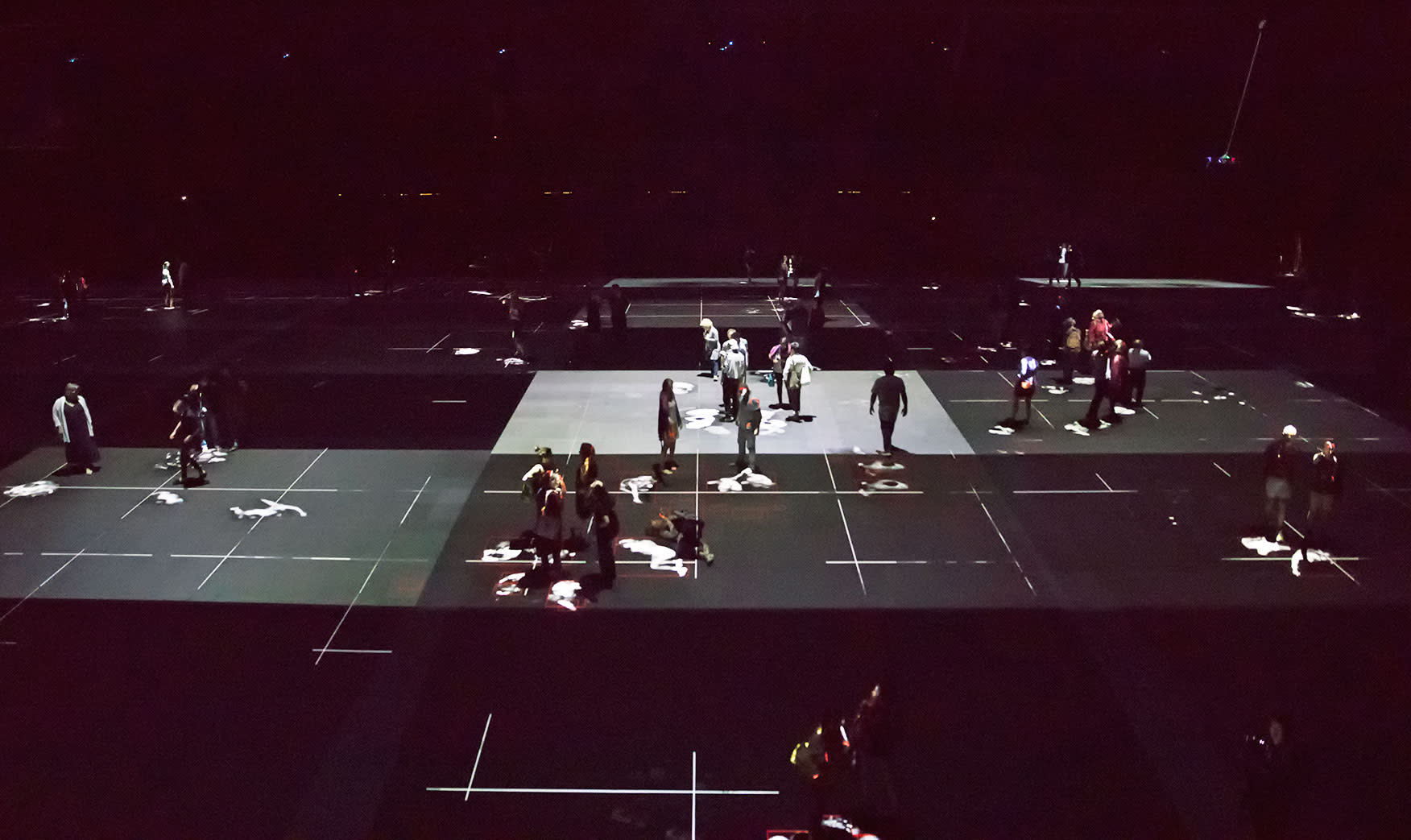 The installation mirrors how we trade privacy for entertainment. A lot of what art institutions are doing is surveilling their population. They're trying to figure out how to get young, hip people to come back to their spaces.