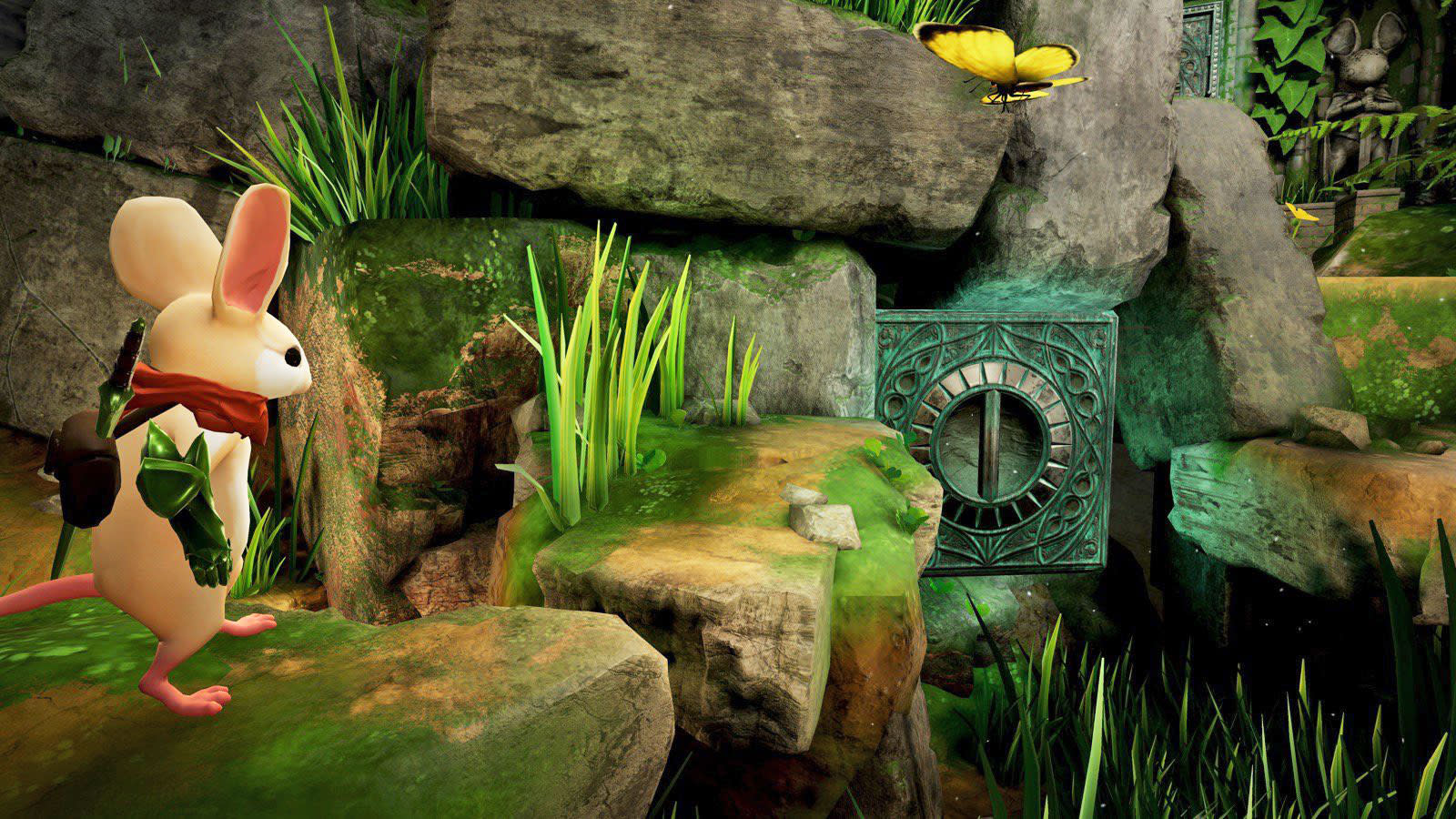 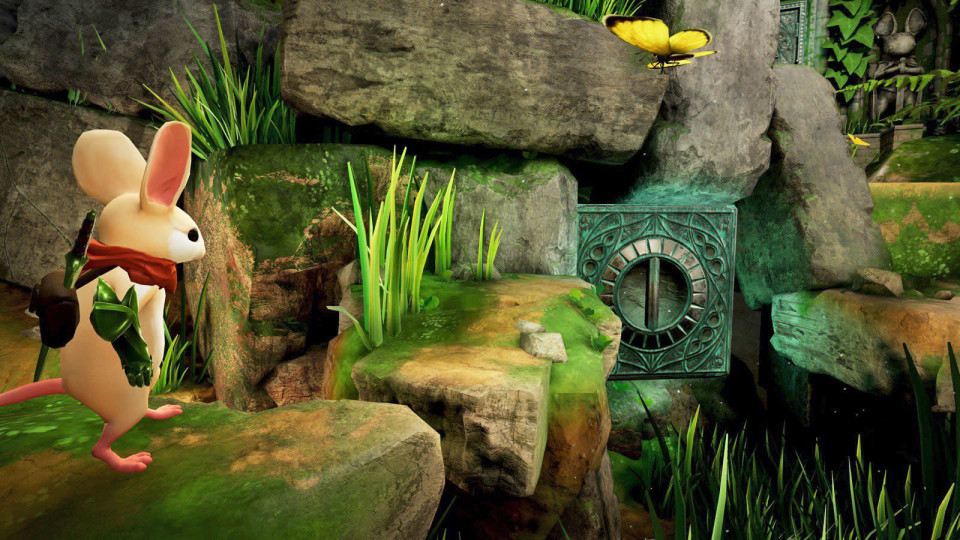 It's hard not to love Quill, the swashbuckling mouse heroine of Moss, an upcoming PlayStation VR game from Polyarc Games. She's adorable, with huge ears, a fetching adventurer's bandana and an ever-so-tiny backpack. And she kicks butt -- thanks to a grass sword, a badass gauntlet and plenty acrobatic skills. It's difficult to create new characters that players can instantly love, but Polyarc managed to do just that. Even without playing the game, you can tell this isn't their first rodeo. The developers abandoned the hallowed halls of Bungie and Rockstar to make an independent VR game of their own. And after spending a few minutes with Moss at E3, it's clear they weren't just wasting time. The game simply looks and feels incredible, and it's quickly become my most anticipated VR title this year.

Moss harkens back to classic adventure games, like The Legend of Zelda and The Secret of Mana, except instead of staring at a flat screen, you're looking at the world in a third-person view in VR. Quill controls like a dream with the Dual Shock 4, with fluid animation and a great overall feel during combat and platforming. She also has a personality: She'll point you in the direction you need to go, give you hints during a puzzle, or simply act mouse-like while idle.

You exist as a character in the game that Quill interacts with, while also controlling her from afar. At one point early on, you look down in a pool of water and see your reflection: you're an ominous figure wearing a face mask, like something out of a Miyazaki film. You can reach out and grab objects in the world, using the DualShock 4 controller, which is essential for puzzle solving. And, if you want, you can also just reach out and pet Quill from tummy to ear. Did I mention she's adorable?

Much of the game feels like it belongs right alongside one of Studio Ghibli's iconic films. It takes place entirely at "mouse level," so you're always overshadowed by the gorgeously rendered environment. When you look up while outdoors, you can see the forest canopy towering high above you. Scale plays a big role in Moss; you always feel like a tiny creature in a large and dangerous world. That was particularly true toward the end of my demo, when Quill runs into a giant snake, one of the game's main villains. Even in VR, I felt like I had to protect my pet mouse from a sudden predator attack.

Even though Moss feels like a flashback to older adventure games, that's ultimately a good thing. I enjoyed moving Quill around the environments, and the combat is fast and fluid. It reminds me of games like Castlevania: Symphony of the Night, which took up countless hours of my life simply because they felt good to play.

Moss is coming to the PlayStation VR this holiday season.

In this article: applenews, art, av, E32017, gaming, hands-on, Moss, PlayStationVR, Polyarc, VR
All products recommended by Engadget are selected by our editorial team, independent of our parent company. Some of our stories include affiliate links. If you buy something through one of these links, we may earn an affiliate commission.