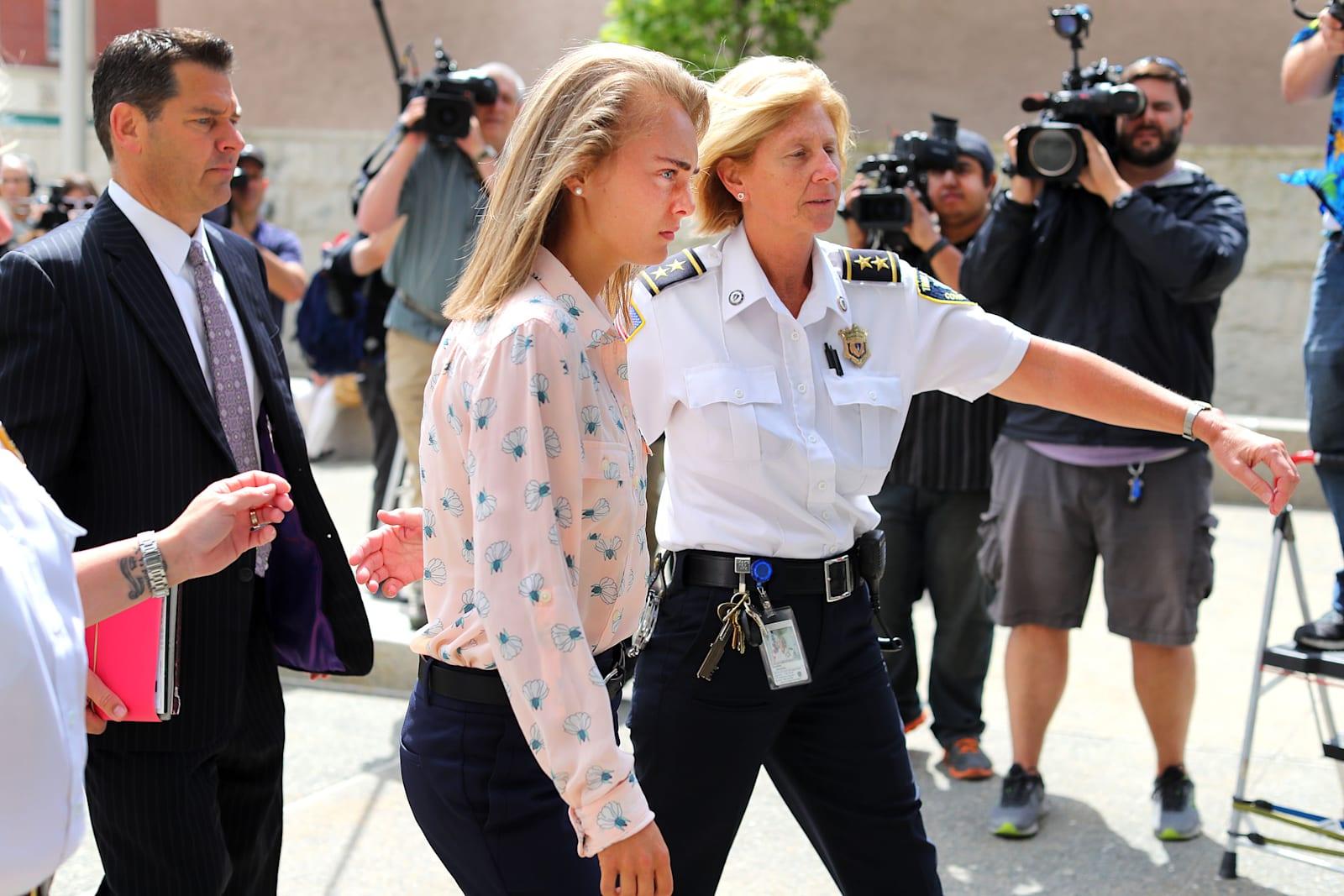 Words can kill, a Massachusetts Juvenile Court judge decided last Friday, when he found 20-year old Michelle Carter guilty of involuntary manslaughter in the 2014 suicide of her then-boyfriend, Conrad Roy III. This decision, with its broad interpretation of the manslaughter statute, could potentially pose long-lasting consequences for how we speak to each other online and how cyberbullying is addressed by social media platforms.

According to the prosecution, Carter spent the two weeks before Roy's suicide texting him encouragement to kill himself. On July 12th, 2014, Roy drove to a remote Target parking lot and filled the cab of his truck with carbon monoxide from an external generator.

He reportedly called Carter while the truck filled with fumes. At one point, Roy changed his mind about committing suicide and exited the cab but went back in at Carter's urging. She then listened to him slowly die without calling emergency medical services for help. What's more, the prosecution only learned of this phone conversation only from texts sent between Carter and a friend weeks after the incident.

While courts have generally treated suicide as an act of free will, Judge Lawrence Moniz decided last week that Carter's actions (and subsequent inaction) influenced Roy's thinking enough to warrant her liability in his death. According to Massachusetts state law, involuntary manslaughter is defined as "an unlawful killing that was unintentionally caused as the result of the defendant's wanton or reckless conduct" and is punishable "by imprisonment in the state prison for not more than 20 years or by a fine of not more than $1,000 and imprisonment in jail or a house of correction for not more than two-and-one-half years."

This ruling is not sitting well with the Massachusetts branch of the American Civil Liberties Union (ACLU). "It presents a number of problems, both from the criminal-justice standpoint and from a freedom-of-speech standpoint," ACLU of Massachusetts Legal Director Matthew Segal said. "For criminal justice, this is a very aggressive charge. You don't have to believe that what Ms. Carter said is appropriate. In fact, you can believe that what she said was awful and still believe that it isn't manslaughter."

Professor Robert Weisberg, faculty co-director at the Stanford Criminal Justice Center, isn't so sure. "I think it's a perfectly plausible interpretation of the involuntary-manslaughter statute," he said. "The attraction of it for the prosecutor was that, although we now have lots of very specific cyberbullying statutes in various states, there's nothing in our homicide statutes, generally, which limits the crime to a particular way of causing death. You have to cause death and you have to cause it with a certain mental state in which, in this case, it's a kind of version of recklessness."

From the free-speech standpoint, the ACLU is concerned that if this conviction is upheld, it may lead to "all kinds of other prosecutions." Legal issues aside, he worries that this prosecution may dissuade people from engaging in uncomfortable but necessary dialogues with their loved ones, such as discussions about end-of-life decisions.

"The Commonwealth of Massachusetts has seemingly committed itself to the view that should one spouse convince the other to commit suicide because, say, her spouse was in horrible pain and suffering, she could be found guilty of manslaughter," Segal argued. "It really shouldn't be within the prosecutor's discretion whether to charge them. ... And the mere possibility that this would be a crime in Massachusetts would make people afraid to even have that [end-of-life] discussion."

Here again, Weiberg disagrees. "My guess is that this will have very little effect on free speech," he said. "If anything, it's likely to embolden prosecutors" to try to imitate this interpretation in similar cases of suicide.

And whether this verdict even holds up on appeal is very much still up in the air. "There's a good chance that the case the conviction can be overturned," Weisberg said. "The boldest thing that the prosecutor did was argue that [Roy] would not have killed himself had it not been for her influence. Appellate-case law about causation makes it difficult to prove cause when there's a suicide. There are cases where somebody commits a horrible assault on somebody else, like a sexual assault, and then the victim of the assault commits suicide. This is a different kind of case. This is kind of persuasion."

The ACLU is also concerned that the youth of the commonwealth could be adversely affected by this ruling. Segal points out that the prosecution did not attempt to try Carter under more-constrained cyberbullying laws but rather a more expansive theory of what constitutes criminally negligent homicide.

"I don't remember the defense for Ms. Carter asking the judge to condone what she said; 17-year-olds across this country say all sorts of horrible things to each other and urge each other to do things that are unwise. The consequence is that all that talk could be charged as crimes. ... There's no limit to the kinds of crimes our children can be charged with."

However, it isn't that different from yelling fire in a crowded theater, Dr. Sameer Hinduja, professor of criminology and criminal justice at Florida Atlantic University and co-director of the Cyberbullying Research Center, argues. It's akin to joking about bomb plots on Capitol Hill. "Sometimes you do have certain situations where the bigger-picture goals call for censorship or a bit of control over what is being said," he said. "We don't want everyone to say just whatever they want."

Hinduja believes that Carter's words and text constituted cyberbullying, which he defines as "intentional and repeated harm inflicted through the use of electronic devices." Hinduja said that harm "is typically insults, name calling or threats, or are forms of embarrassment and humiliation."

What Carter did was "inducing him to feel awful enough about himself to the point that he took his own life, that would be harm," he said. "[Roy] was harmed psychologically and emotionally based on those words. He did research the methods and made some sort of a plan, but at some point he also wanted to not kill himself and demonstrated that as well," Hinduja added "So her words, not exclusively but maybe indirectly, led him to follow through" with his plan.

Cyberbullying is typically more of an offshoot or companion of physical bullying, Hinduja said, wherein the aggressor tends to be someone from school or the neighborhood who continues his attacks and harassment from the day on social media. "It's very easy to continue that cruelty online," Hinduja said.

Criminalization certainly didn't work on the war on drugs, but perhaps it could work in the war on being a jerk online. "I actually think if there were a legal intervention, that would make a difference [in moderating harassment and abuse online]," Weisberg said. "The involuntary-manslaughter case would be very rare (though, fortunately, very few people may end up like the victim here) but I think a serious threat of low-level cyberbullying convictions, misdemeanor convictions, could change behavior. I think that's probably the way to go."

So what's to be done to curb this behavior outside of criminalizing it? Hinduja hopes that social mores will change sufficiently to dissuade people from constantly encouraging each other to go die in various fires. If not, Hinduja said, "based on this verdict, maybe we're opening a Pandora's box, where if you do say something like that to another individual repeatedly" and can be identified by law enforcement, "maybe you share in the guilt or are culpable to some degree." The threat of prosecution could be sufficient to stifle this sort of harassment online.

Segal, however, doesn't think curbing such speech will be easily accomplished through censorship and threats of prison time. "We all know that even if there is a chilling effect [brought on by legal liabilities]," he said, "kids are going to continue to be kids."

In this article: American Civil Liberties Union, applenews, Capitol Hill, ConradRoy, criminals, Florida Atlantic University, gear, InvoluntaryManslaughter, Law, Liability, massachusetts, MichaelleCarter, Pandoras Box, politics, suicide
All products recommended by Engadget are selected by our editorial team, independent of our parent company. Some of our stories include affiliate links. If you buy something through one of these links, we may earn an affiliate commission.