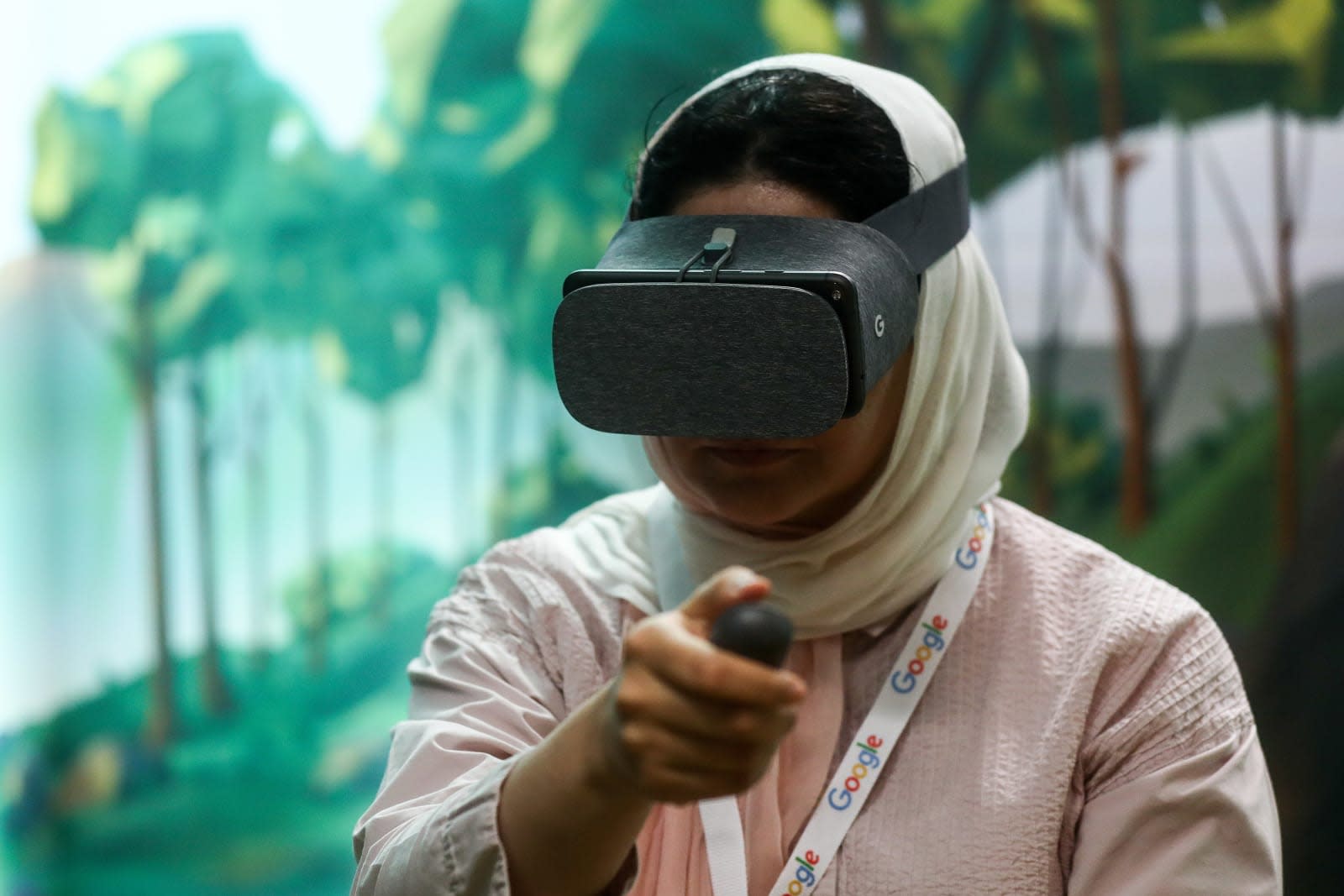 At today's Vidcon event, YouTube CEO Susan Wojcicki rolled out a new format for videos called VR180. Intended to split the difference between 360/VR formats and standard videos, it lets creators shoot videos that are immersive when viewed in a virtual reality headset, but still have a normal perspective -- with slight stretching and flattening -- for anyone watching on their 2D computer screen or phone. The Daydream team is apparently working with Lenovo, LG, and YI Technology to build new cameras that will record in the format, which creators will be able to edit using tools like Adobe Premiere.

Interested parties can sign up for more information here, and YouTube says that eligible creators can sign up for a loaner VR180 camera at YouTube Space. There's also a playlist of demo VR180 videos that you can check out now to see how it works.

Making VR for everyone: I also spoke about how we want to make VR more accessible and more affordable for viewers and creators. The reality is, filming 360-degree VR videos isn't easy for most creators and some VR cameras are expensive. That's why I'm thrilled that YouTube and Daydream have worked together on a new format, VR180, and new cameras, which make it easy and affordable for anyone to make VR videos. This format delivers 3-D video while capturing 180-degrees around you. Creators only have to worry about recording what's in front of them while viewers get an awesome, immersive experience with a VR headset, or a video that looks just as great on a phone as any other video. Best of all, we're working with camera manufacturers like LG, Yi and Lenovo to build new VR180 cameras for as little as a couple hundred dollars—comparable to what you'd pay for a point-and-shoot.

In this article: applenews, cameras, Daydream, gadgetry, gadgets, gear, google, SusanWojcicki, Vidcon2017, video, virtualreality, VR, VR180, YouTube
All products recommended by Engadget are selected by our editorial team, independent of our parent company. Some of our stories include affiliate links. If you buy something through one of these links, we may earn an affiliate commission.