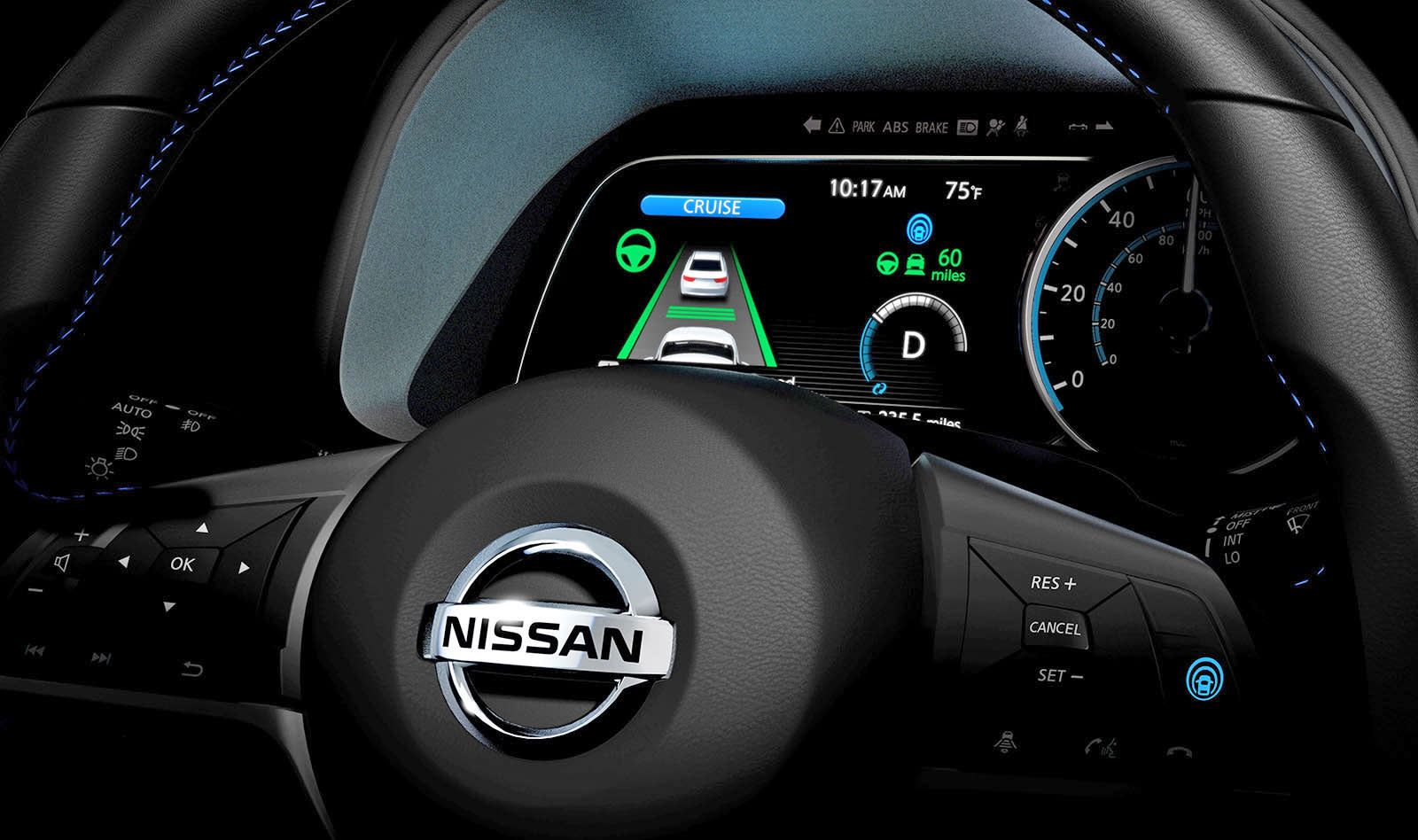 The next generation Leaf EV will be the first with ProPilot driver assist in North American and Europe, and Nissan has just showed how that will look. Activated by a button on the steering wheel, it can control steering, braking and acceleration, but only in a single freeway lane. The driver can see exactly what's going on with the aid of a fancy animation front and center in the largely digital dashboard.

Automakers' self-driving systems will always be compared to Tesla, whose Autopilot is the most advanced available commercially. In Nissan's case, the ProPilot will help with boring highway cruising, but is a far cry from the semi-automatic Autopilot. Tesla's system can change lanes, match traffic speeds, automatically exit a freeway, self-park when near a parking spot and do canny emergency braking. .

However, we've ridden along with Nissan while it tests a future version of the ProPilot, and seen the potential for autonomous city driving. Nissan wrote that it "will offer increasing levels of autonomy, with the system eventually able to navigate city intersections" and more in the coming years. It didn't say whether Leafs would automatically be updated to get new self-driving features, like Teslas do.

Either way, the demo is a good sign that the EV is on track. Nissan is supposed to show off the production model in September, with shipping starting by the end of the year. It's expected to have a 60 kilowatt battery that's good for a 200 mile range, double what the current model can do.

In this article: applenews, EV, gear, Leaf, Nissan, NissanLeaf, ProPilot, Self-driving, transportation, video
All products recommended by Engadget are selected by our editorial team, independent of our parent company. Some of our stories include affiliate links. If you buy something through one of these links, we may earn an affiliate commission.