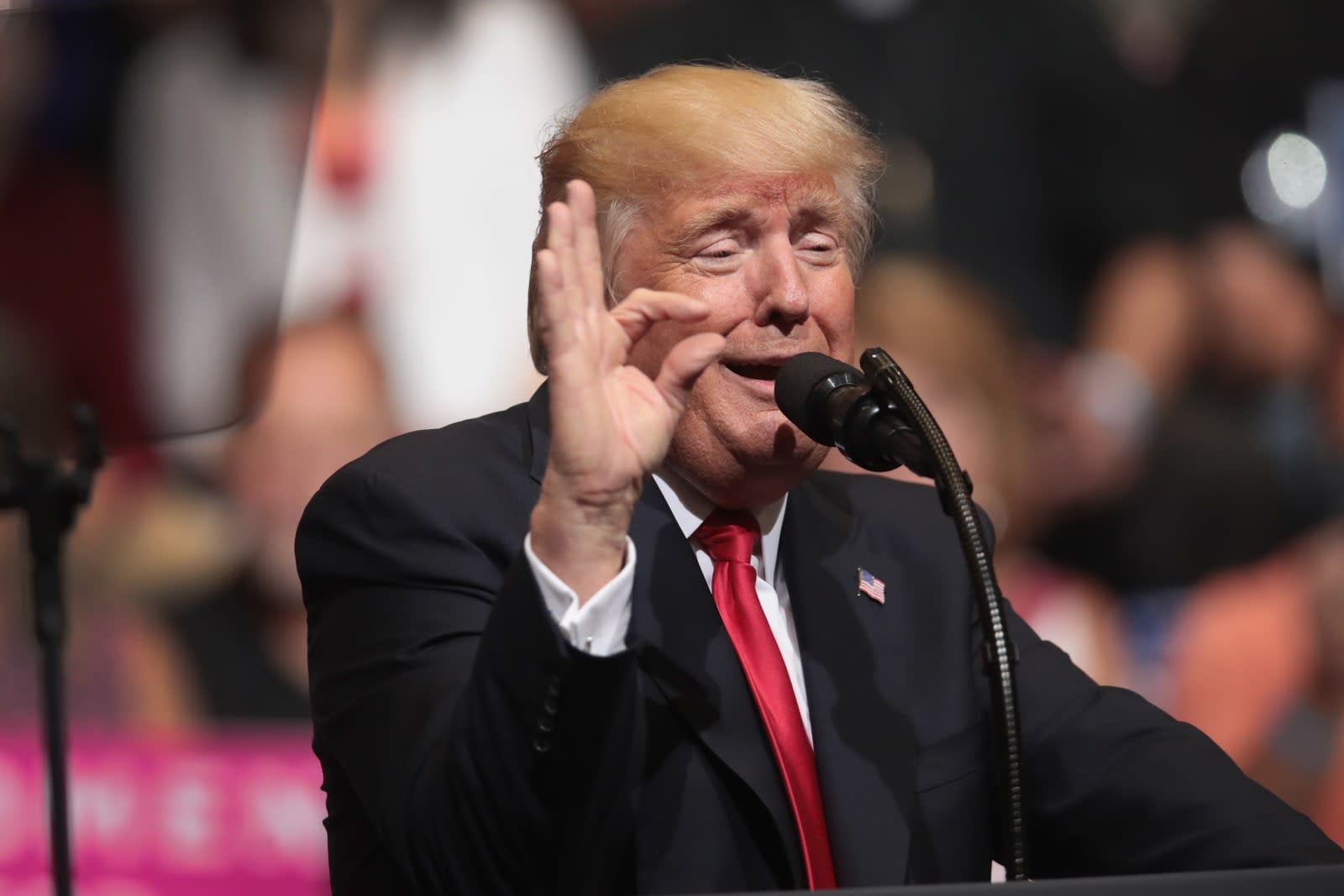 Does a tweet count as an official response to a federal inquiry? Unsurprisingly, the White House thinks so. As reported by Reuters, the White House sent a letter to the House of Representatives Intelligence Committee claiming that a pair of Trump tweets on Thursday were the president's official response to an inquiry from the committee. At question is the existence of any recordings or memos of Trump's conversations with fired FBI director James Comey, and Trump's latest tweets claim that he "did not make, and do not have, any such recordings."

It's hard to keep up with all the back-and-forth, but after Trump unexpectedly fired Comey in early May, he then tweeted that Comey had "better hope that there are no 'tapes' of our conversations before he starts leaking to the press!" In his early June testimony, Comey essentially said he'd welcome the existence of those tapes, indicating that they'd exonerate him and show that he's been telling the truth about his accounts of his interactions with the president.

The House of Representatives Intelligence Committee, which has been investigating the extent of Russian hacking and influence on the 2016 election, asked the White House counsel on June 9th about the existence of any such tapes and said the White House had until June 23rd to respond. Trump's tweets went out on the 22nd, and the White House says they're sufficient response to the inquiry, calling them a "statement" from the president.

...whether there are "tapes" or recordings of my conversations with James Comey, but I did not make, and do not have, any such recordings.

Of course, Trump could delete the tweets at any time -- he's already deleted a handful of tweets during his presidency. Representatives Mike Conaway and Adam Schiff, the leading republican and democrat on the committee, don't agree. Conaway said that the tweet wasn't a sufficient response, while Schiff noted that Trump's tweet stopped short of denying that the White House had recordings and said he wanted a response in writing.

Given the fleeting nature of Twitter, it's not surprising that the committee wants a more traditional response. The question is whether or not the White House will provide it -- and if they don't, how these tweets will hold up to legal scrutiny in the ongoing investigation. That's not to mention the fact that Trump has since indicated that his original tapes tweet was meant to essentially influence Comey's public comments and testimony, something some believe could qualify as witness intimidation or obstruction of justice -- something the president is already believed to be under investigation for.

"If the president had no tapes, why did he suggest otherwise? Did he seek to mislead the public? Was he trying to intimidate or silence James Comey?" Schiff said on Friday. "And if so, did he take other steps to discourage potential witnesses from speaking out?" While it's almost impossible for charges to actually be brought against Trump, these developments could certainly feed into the obstruction case and eventual potential punishment from Congress.

In this article: applenews, donaldtrump, electionhacking, gear, jamescomey, politics, twitter
All products recommended by Engadget are selected by our editorial team, independent of our parent company. Some of our stories include affiliate links. If you buy something through one of these links, we may earn an affiliate commission.