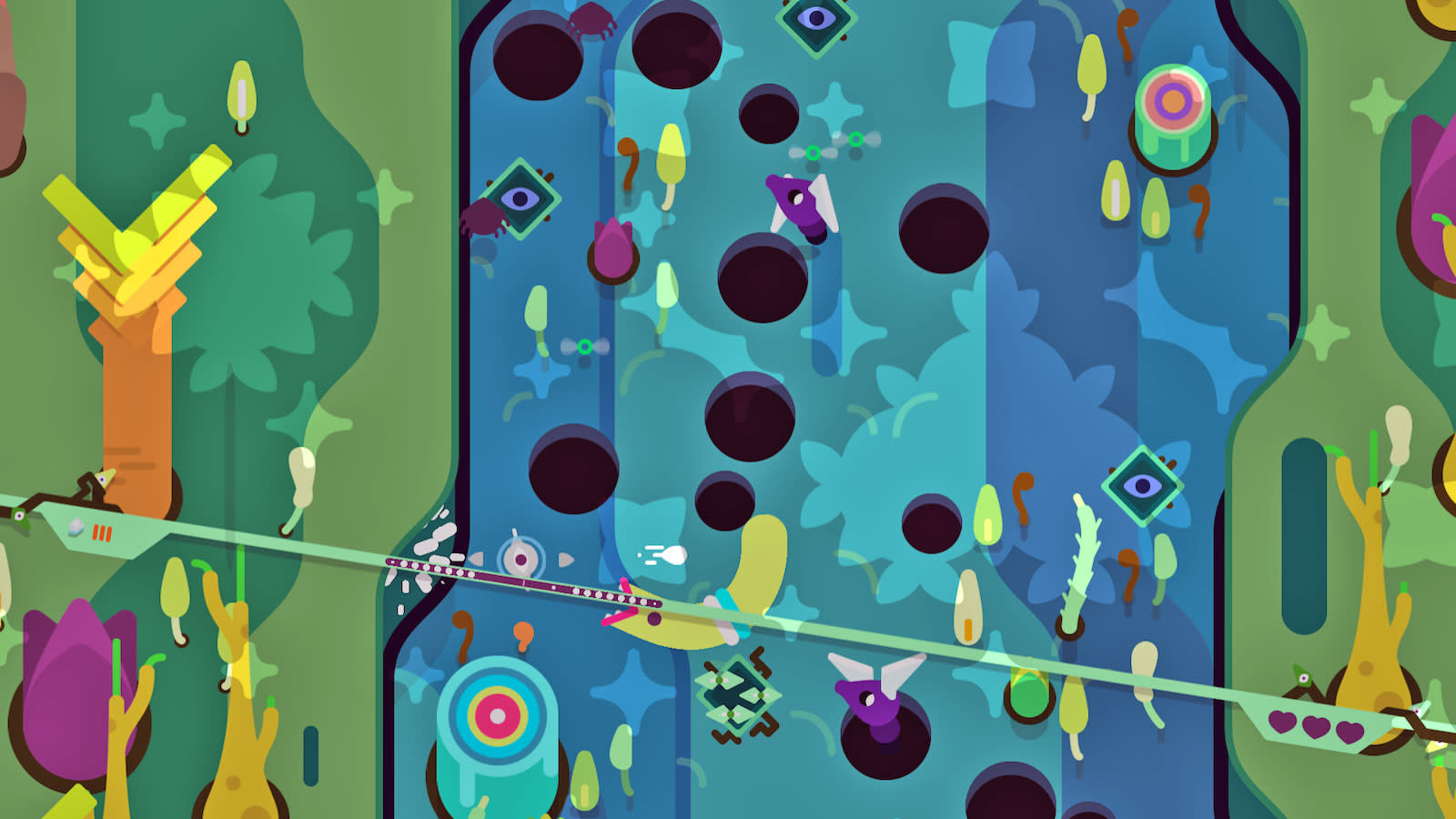 For those who have struggled through and given up on the exceptionally difficult rogue-like TumbleSeed (don't worry, we had a hard time too), a patch was just released that makes the game a bit easier to navigate. The team behind TumbleSeed has acknowledged the game's flaws and where they went wrong in their design, explaining the situation in a detailed blog post.

Greg Wohlwend, one of TumbleSeed's designers, said in the post that the problem with the game is that there are too many new things introduced at one time, making it overwhelming for players. "It's a pressure cooker filled with gunpowder that only a monk could endure," said Wohlwend. And he notes that the difficulty has led to poor reviews and low sales.

Wohlwend goes on to say that the game's bright colors and overall aesthetic make the game appear really accessible, but the gameplay didn't follow through on that accessibility -- something he regrets. "The whole game is designed to be accessible with the exception of that huge gap in the middle we forgot about," he said.

To fix the difficulty issues, the TumbleSeed update adds four additional mountains that are the same every time you play rather than randomly generated. Auras are now always beneficial and eight more of them are available. There's also a new weekly challenge along with additional changes to seed powers and enemies.

The update is available now and all of the changes are detailed on Steam.

In this article: applenews, design, gaming
All products recommended by Engadget are selected by our editorial team, independent of our parent company. Some of our stories include affiliate links. If you buy something through one of these links, we may earn an affiliate commission.