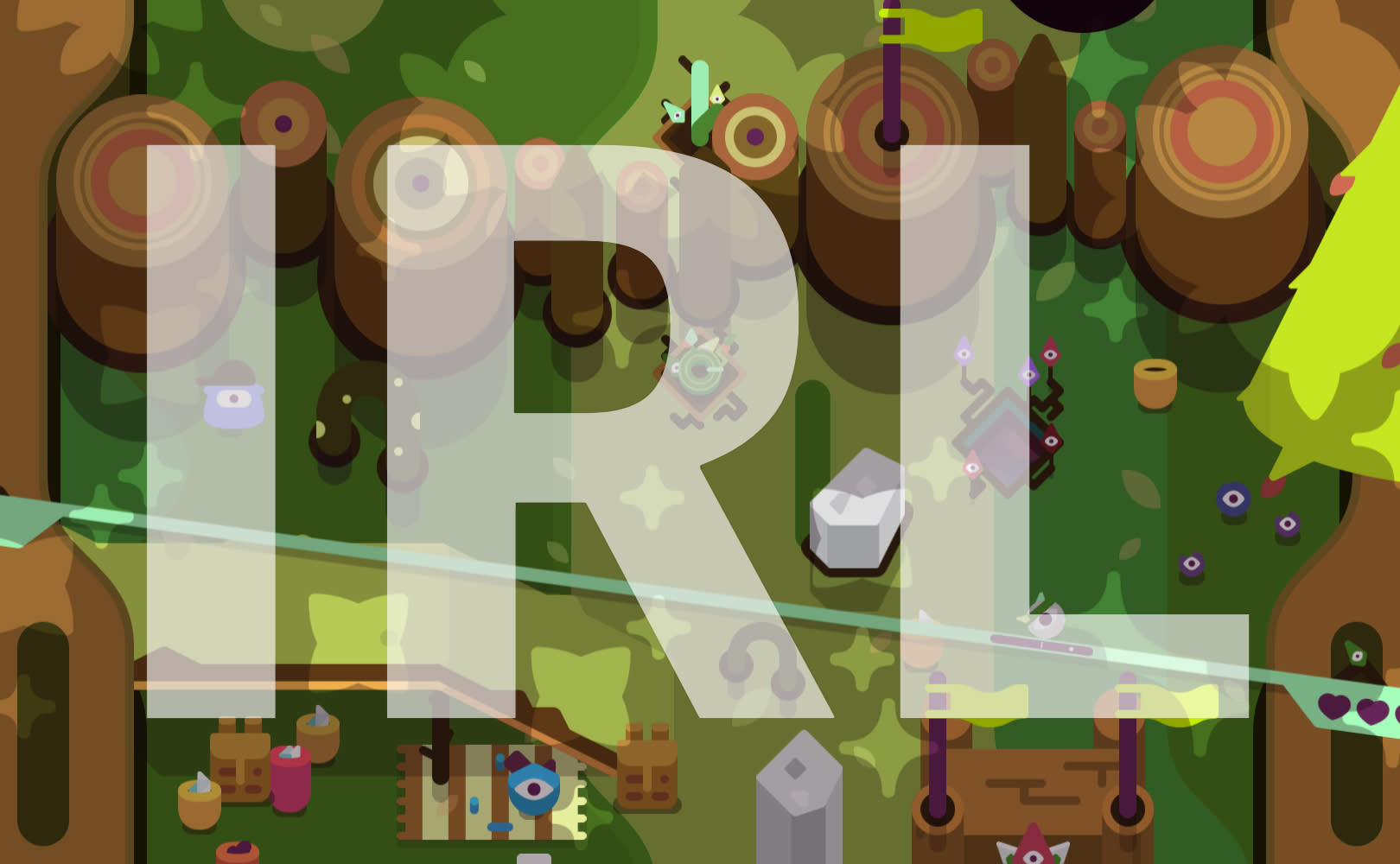 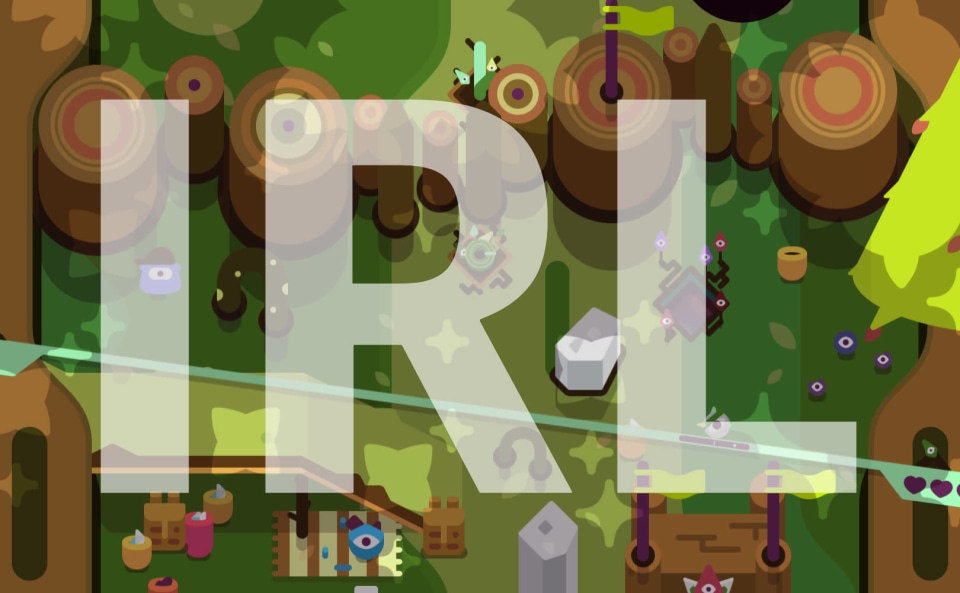 From in-depth features and interviews to the daily torrent of trailers and news, we write a lot about video games here. But there's only so much one team can cover, and often some of our favorite games never grace the digital pages of Engadget.

To remedy that shortcoming, we're introducing Gaming IRL, a monthly segment where several editors talk about what they've been playing in their downtime. Sometimes these'll be the latest AAA game, but you'll also see free-to-play mobile distraction and classics revisited (or criminally ignored until now).

Gaming IRL is part of a broader series in which you'll find stories from all of the areas we cover: gadgets we use every day, the apps and services we adore, what we're watching and the music and podcasts we can't live without.

Today is all about gaming. In the future, expect to find some essays and personal stories mixed in with the endorsements, but for now, sit back and enjoy an eclectic mix of console, hand-held, online and mobile recommendations.

I'm not good at video games. Well, most of them, anyway. Sit me down with anything that requires a lot of dexterity or memorization (like a fighting game) and I'll get frustrated. As such, I've never really seen the appeal of rogue-likes. My free time is limited, so why would I want to keep restarting a game from scratch because I had an unlucky run? That's why I was surprised by how much I like Tumbleseed.

It's a charming, physics-based rogue-like in which you use the Nintendo Switch's dual analog sticks to independently manipulate a balance beam of sorts. On said balance beam resides the titular seed, which rolls this way and that based on the angle of the balance beam. The ultimate goal is to take Seedy to the top of a haunted mountain. Seems simple enough, right? It isn't. There are plenty of holes to fall into and enemies that crave your blood along the way.

I haven't made it very far up the mountain and I'm far too embarrassed to print the exact distance of my best ascent here, but I keep coming back to it when I have a few minutes to squirrel away. The game's gorgeous color palette and art style do a lot to make my fruitless journey bearable, and that's to say nothing of the synth-heavy soundtrack. Does it make me want to try other rogue-likes? No, because other rogue-likes aren't Tumbleseed. From the second I saw its reveal trailer back in 2013, I was ready to love Rime. I pictured the perfect cel-shaded combination of Journey and Windwaker that I'd always dreamed of. Yet, unfortunately for me, I had to make that trailer last because, for the next three years, that was all that Tequila Works showed of the alluring project. Absence made the heart grow fonder, and my imagination run even wilder. Soon, I'd built Rime up to be something that was almost impossibly awesome.

Sure enough, when I finally got to play it in February this year I found myself feeling slightly disappointed. Rime wasn't this Zelda-esque, narrative-led adventure that made a life-changing statement -- it was something else entirely. Three months later, I've got the full game, and I love what it has become.

Playing like a mix of Journey and Ico, Rime is an experience that puts atmosphere first. Featuring barely any narrative, developer Tequila Works simply throws you onto a beautiful, mysterious island and has you journey across it. But boy, what a beautiful island this is. While cel-shaded visuals aren't exactly revolutionary anymore, this is one of those rare games that somehow sports a familiar art style but still looks completely unique. Rime's world feels utterly enthralling because its developer has succeeded at doing the one thing that few can -– creating a game that feels like a living, breathing, work of art. To be totally honest, I still haven't finished it, as I keep getting completely lost in the beauty of its setting. If you're looking for a soothing, gorgeous experience to take you away from it all, then Rime is your game. Something strange happens every time I play Hidden Folks. It doesn't matter what kind of mood I'm in or how hangry I am -- whenever I load up a new Hidden Folks map, my mouth subconsciously stretches into a grin that doesn't quit until I put the game down again.

Hidden Folks has a simple premise: It's an interactive, animated version of Where's Waldo, featuring the cutest black-and-white sketches of people, animals and industry. The drawings are intricate and expansive, hiding a thousand more mysteries than it would initially appear. Plus, everything in the game -- each tiny human, alligator, spider, pig, car, tree, lake, banana and cloud -- makes the most adorable, amateurish sound effects when you tap it. An obviously-human voice tweets and squawks when you click on a bird, and humans whistle and hum to themselves as you search for their secrets.

The landscapes of Hidden Folks are constantly moving, with miniature people waving their arms in the air, mowing their lawns or wandering around big cities as butterflies and bugs flit among them. This subtle motion and quiet, steady chatter make the game feel downright meditative. Searching for a new figure isn't as simple as staring at the screen for hours on end -- some folks are hidden behind tent flaps or doors, and you have to truly play with the world to reveal them. It's this unspoken invitation to be curious and poke around in a pleasant space that makes Hidden Folks joyful, calming and truly special.

The only problem with Hidden Folks? It's not on Android yet. I made a fateful choice in the fifth grade to ask for a Nintendo 64 and forswear all PlayStation experiences -- including classics like Metal Gear Solid. I could have bought the game on PSN, I suppose, but I knew my friend had a copy of the GameCube redux (Metal Gear Solid: The Twin Snakes) stowed away. I tried to get it running on my old Wii, but needed to walk back to the same friend, hat in hand, and borrow his memory card (oops) and HDMI-to-Wii adapter. Playing the top games from the Console Canon gets harder every year.

If I never again have to fumble with the game's awkward, awful combat system, it'll be a good day. But muscling through it led me exactly where I wanted to go: down the weird, zany black-ops rabbit hole Metal Gear Solid always promised to be. It's part post-Cold War military spy mystery, part charmingly ridiculous character face-off, part anti-nuclear PSA and part Solid Snake hype train. David Hayter's growl and the charmingly aged macho dialogue talking up the legendary Solid Snake (women want him, men want to be him) are high on the list of reasons to grind through the stuff controls and learn-by-dying difficulty.

But you don't fire up old games to feel grateful for modern engines and graphics -- you dig backward in time to discover moments you've heard so much about. Or try, anyway: Just as I'll never be 11-years-old prying open the jewel case of a brand-new cutting-edge PS1 game, I can't see the first real entry in mainstream gaming's ultimate weird spy dynasty with fresh eyes. And speaking of game packaging, without a case, I couldn't find the answer to a puzzling line of dialogue: "Her frequency is on the back of the package, Snake."

The search for a quick answer led me down another strange alley from the past ... to several ASCII walkthroughs on GameFaqs, the earliest of which were uploaded in September of 1998, immediately after MGS came out. These basic text tomes are relics of an age when gaming secrets were moving on from monthly publications to a permanent life on the internet, where enthusiastic strangers wrote guides to help players, it turns out, across time. Yet no walkthrough will give me the patience to get past Metal Gear Solid's second boss and his obnoxious tank, but who has time for that? Maybe I'll just watch a Let's Play to make sure I don't miss anything good in the rest of the game. Ever since March 3rd I've been wondering what, if anything, was going to pull me away from the Nintendo Switch. Turns out, the answer was the company's other portable console: The 3DS. Fire Emblem: Shadows of Valentia reminded me of how much I love Nintendo's stereoscopic portable -- from its tiny size to its visual gimmick -- but, above all, its games. It's true, I wish I was able to play this on Switch, but I'll pick up the 3DS again for the sake of its engrossing story, charming characters and classic strategic gameplay. Despite being a remake of a Japan-only Famicom game, it does a fair job of mixing up the Fire Emblem formula, too. Two simultaneous campaigns and fully explorable third-person dungeons? What's not to love?

My PC LAN group also tricked me into playing PlayerUnknown's BattleGrounds, a murder competition multiplayer game akin to the arena shenanigans of The Hunger Games and Battle Royale. It's a buggy, broken mess and might possibly have the worst name of any video game I've ever played, but it offers a genuinely fun twist on the multiplayer survival genre by slowly funneling surviving players into smaller and smaller areas. It's not half as frustrating as games DayZ or H1Z1, either -- games are so short, it's hard to be upset when you lose. Oh, and the lack of zombies is a plus. I am so sick of zombies.

In this article: applenews, av, gaming, gamingirl, microsoft, newirl, nintendo, sony, thebuyersguide
All products recommended by Engadget are selected by our editorial team, independent of our parent company. Some of our stories include affiliate links. If you buy something through one of these links, we may earn an affiliate commission.