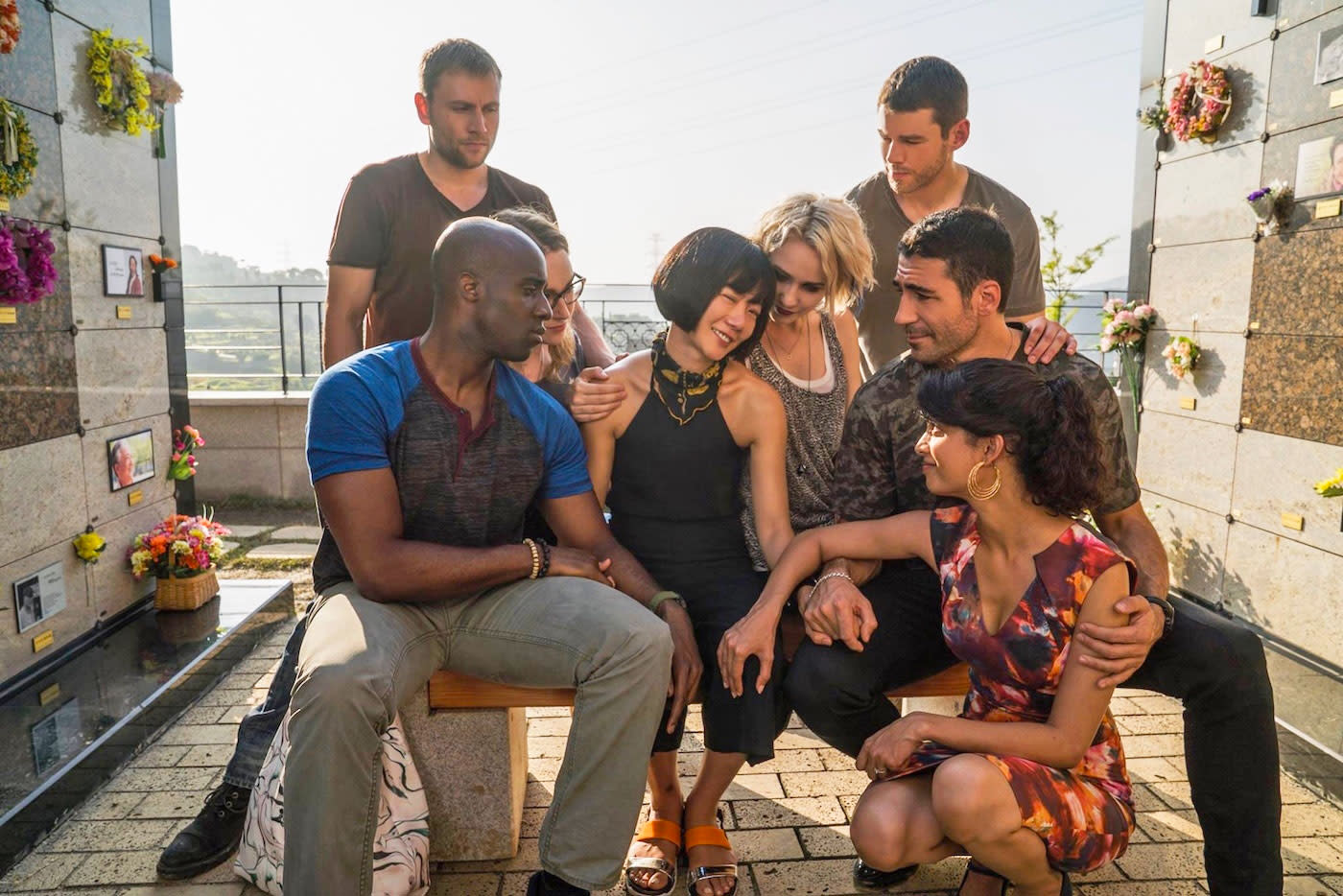 When Netflix canceled its Wachowski-helmed, conspiracy-fueled original series Sense8 earlier this year fans weren't certain what would happen following season two's cliffhanger. Well, the streaming service apparently heard their cries (read: tweets and reddit posts). As such, the streaming service is throwing them a bone in the form of a two hour finale episode. The rub is that it isn't expected until sometime next year, according to a Facebook post written by Lana Wachowski.

"Improbably, unforeseeably, your love has brought Sense8 back to life. It is my great pleasure as well as Netflix's (believe me, they love the show as much as we do but the numbers have always been challenging) to announce there will be another two-hour special released next year."

Wachowski says that this is the direct result of fans' petitions and letters, and teased that after the episode that there could be even more to come. Likely assuming the finale is well received, of course.

This isn't the first time we've seen this sort of thing happen. HBO did it with both Looking and Hello Ladies. The latter wound up being total fan service by the time the credits rolled, but at least it answered the "will they/won't they" question between Stuart and Jessica. Maybe the forthcoming Sense8 episode will answer what happened to Wolfgang.

In this article: 2018, av, entertainment, finale, internet, lanawachowski, netflix, sense8, streaming, Wachowskis
All products recommended by Engadget are selected by our editorial team, independent of our parent company. Some of our stories include affiliate links. If you buy something through one of these links, we may earn an affiliate commission.