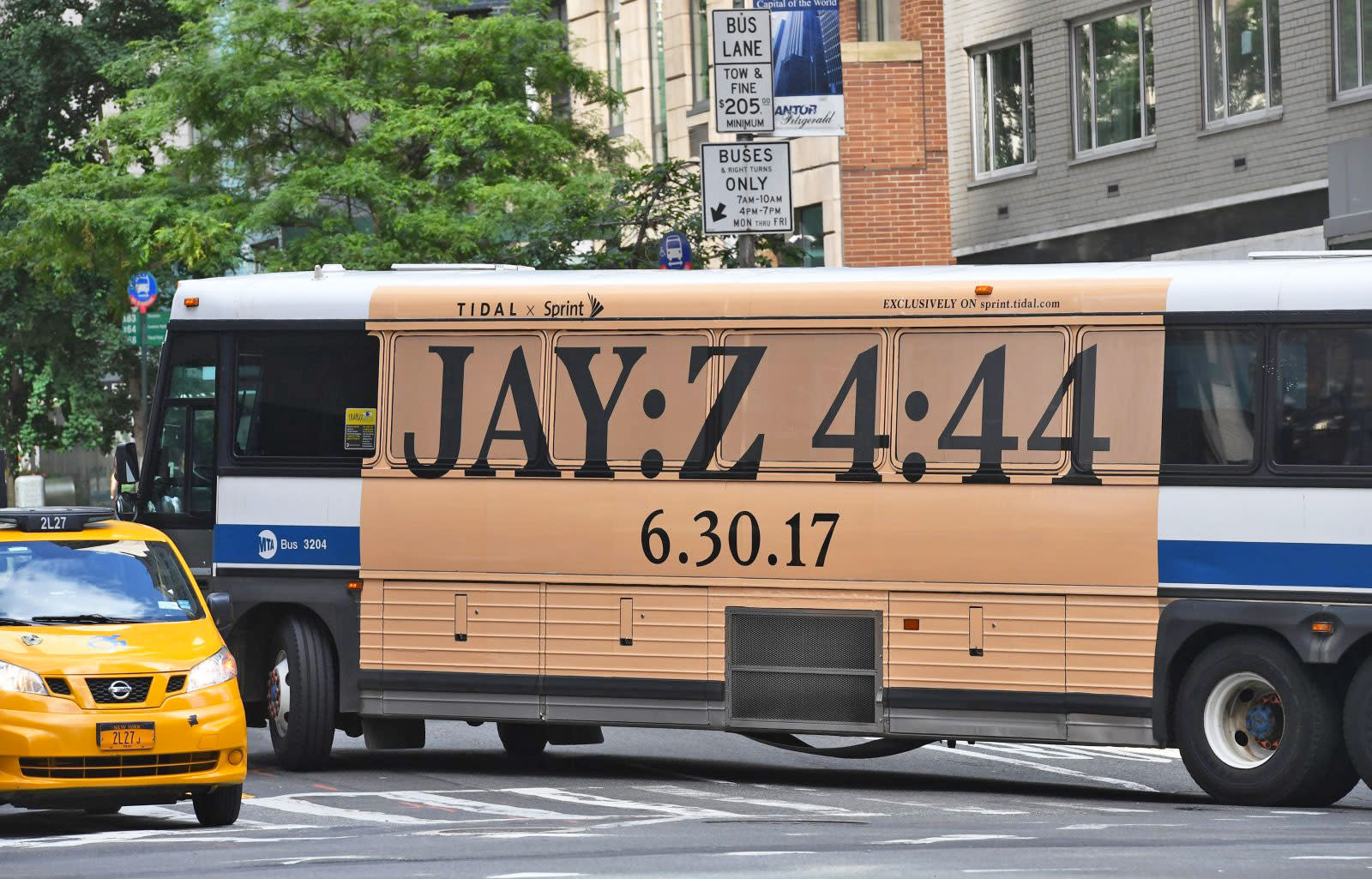 As promised, Jay-Z dropped his new 4:44 album earlier today on Tidal, but you won't be able to stream it if you subscribed recently. As the Verge reported earlier, and Pitchfork confirmed by trying to sign up, Tidal users who enrolled after June 26th won't get access to the album. Instead, you'll get a message saying "Jay-Z 4:44 is only accessible to Sprint/Tidal customers and all Tidal accounts established prior to June 26th during the exclusive period."

Sprint kindly notes that if you switch to its network, you will get six free months of Tidal and access to 4:44, so there's always that route. Its statement provides a fairly resounding answer to the question we posed when Sprint invested $200 million in Tidal. As expected, the carrier is using the deal as leverage to get users, going so far as to shut out new Tidal subscribers. And, contrary to what industry-watchers expected, its doing that with an entire album and not just new singles.

Why doesn't Jay-Z want people to hear this album https://t.co/qPiBZDXuRm

In a statement, Jay-Z said that "This is a perfect storm of sharing music with a fans. Sprint allows for and promotes creative freedom." However, music fans will likely be disappointed that they can't get easy access, as the album has generally met with good reviews. "Why doesn't Jay-Z want people to hear this album?" asked Detroit News film critic Adam Graham on Twitter.

In this article: 4:44, av, entertainment, Jay-z, Sprint, Streaming, Tidal
All products recommended by Engadget are selected by our editorial team, independent of our parent company. Some of our stories include affiliate links. If you buy something through one of these links, we may earn an affiliate commission.