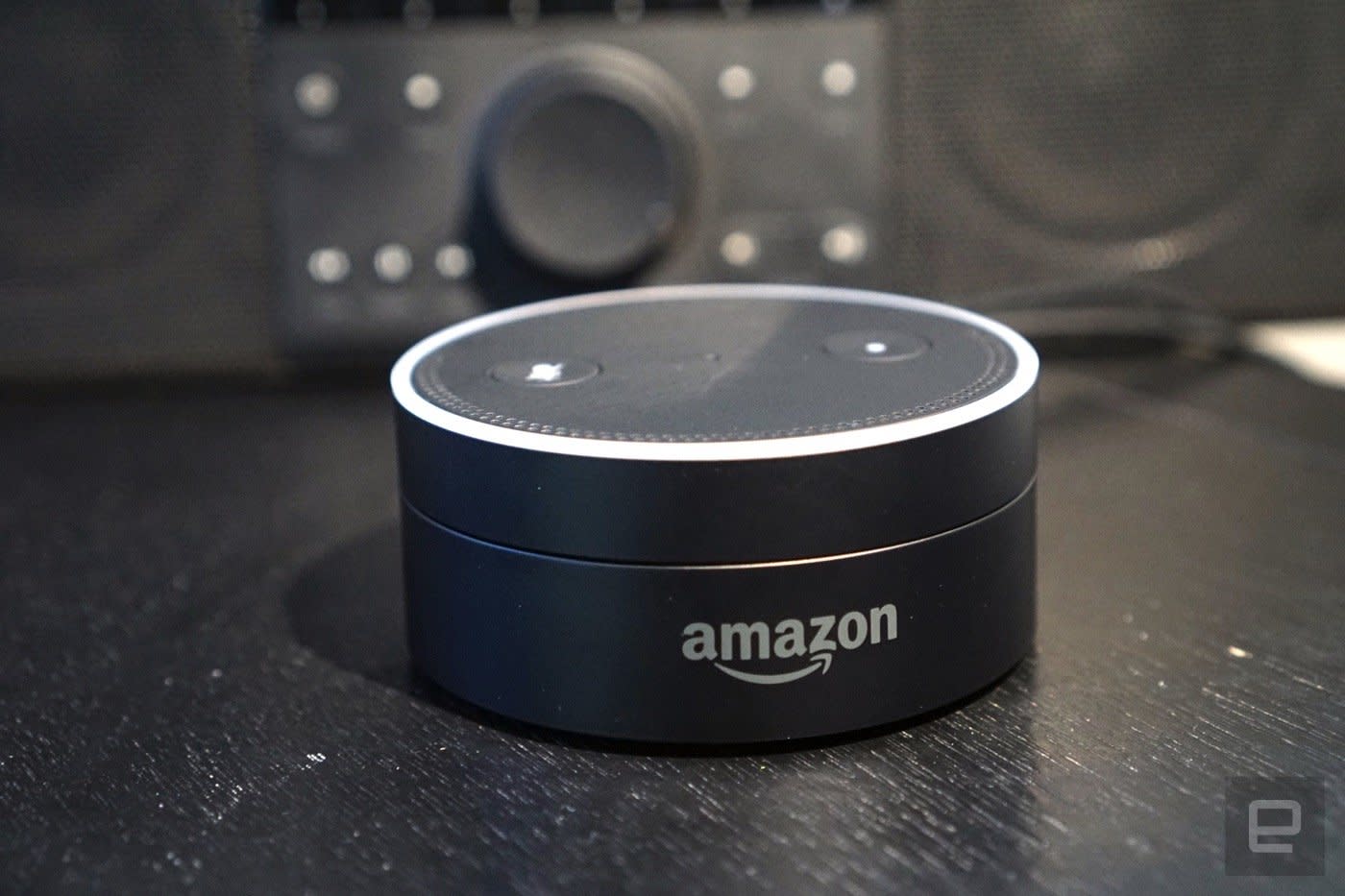 Just two months after Amazon announced it was "doubling down" on its Echo ecosystem, the company has confirmed that its Alexa voice platform has passed 15,000 skills. Impressive, especially in comparison to Google Assistant's 378 voice apps and Cortana's meager 65 -- but what's more impressive is the rate at which Alexa is gaining these skills.

Alexa reached 15,000 skills in June -- during this month alone new skill introductions increased by 23 percent. The milestone also represents a 50-percent increase in skills since February, when Amazon officially announced it had hit 10,000 -- and even that figure was triple what it was the previous September.

Alexa is gaining skills rapidly, which is no doubt part of Amazon's plan to maintain its dominance in the voice-powered device landscape -- it's on track to control 70 percent of the market this year. Of course, its acceleration in June may well have been spurred on by Apple's announcement that a similar product, the Siri-powered HomePod, will be on the market come December.

Does the HomePod represent serious competition to Amazon? Not yet. For a start, the HomePod's unique selling point seems to be the quality of its speakers, rather than the assistant that comes with it, and no-one knows yet whether third-party developers will be able to create HomePod-compatible apps.

And yet Amazon is expanding its Alexa ecosystem at a dizzying rate, and throwing up some red flags as it does. Developers creating popular game skills are being given cash rewards, but there's no overarching tool to allow creators to make money from their apps, nor is there a team dedicated to monitoring app service violations.

This focus on ecosystem expansion, instead of refinement, could well cause problems for Amazon down the line, but certainly at this stage the company needn't worry about the competition. Anyway, no doubt there will soon be a skill that lets Alexa do the worrying instead.

In this article: Alexa, amazon, apple, Cortana, Echo, EchoDot, gear, google, home, HomePod, microsoft, Siri, Skills
All products recommended by Engadget are selected by our editorial team, independent of our parent company. Some of our stories include affiliate links. If you buy something through one of these links, we may earn an affiliate commission.