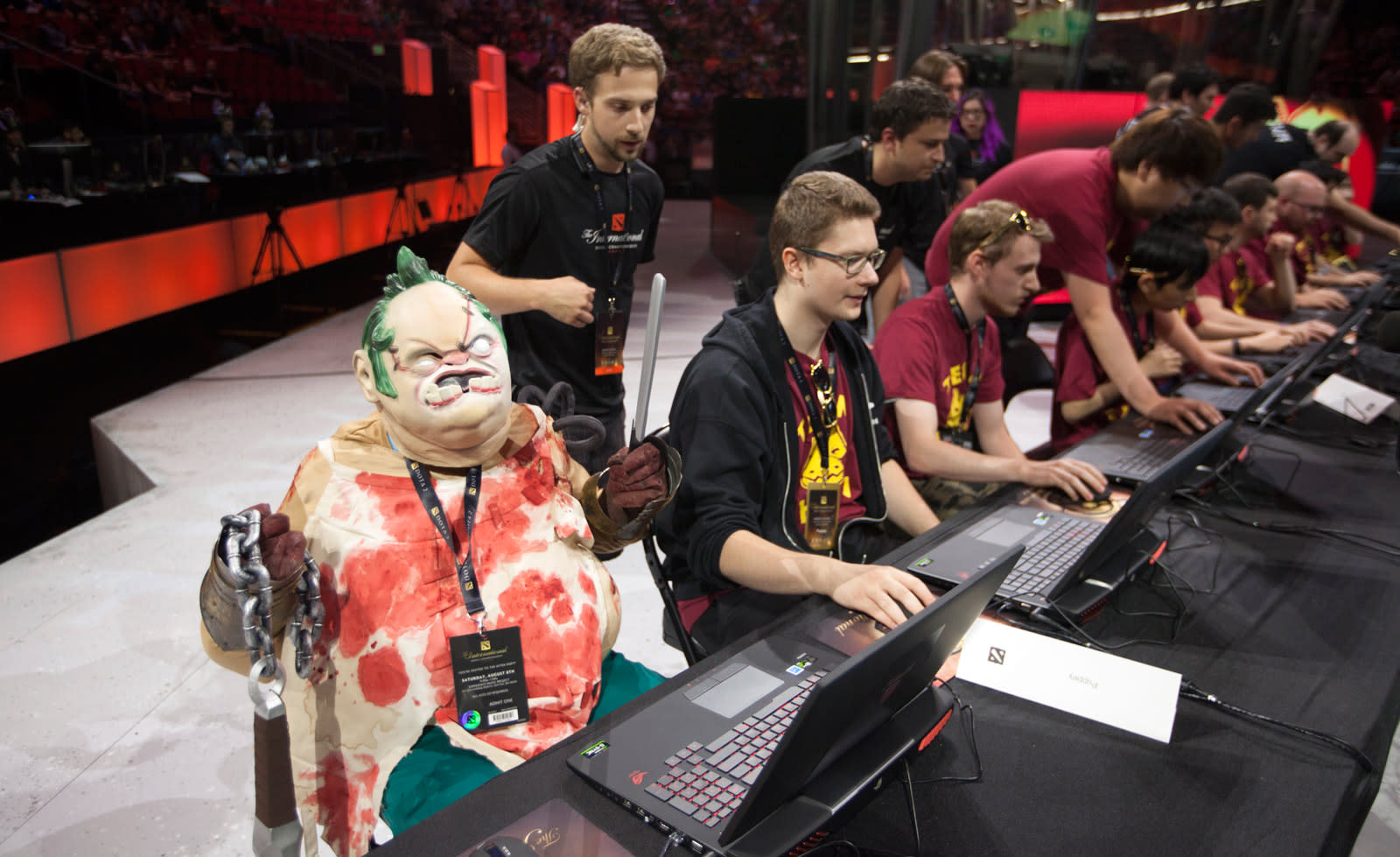 Next month, Valve will host The International 7 at Seattle's KeyArena. The annual Dota 2 tournament is all but set to break the record for prize pools in eSports for the fourth year running, with over $20 million in the kitty to date. But GabeN & Co is already looking past the headline championships to the next competitive season. While Dota 2 tournaments happen all the time, there are only three "official" Valve events: two "Majors" and The International. Next season, though, the house that Steam built will embrace the wider competitive community in a big way, sponsoring third-party tournaments and creating a new ranking system that will define how 2018's International plays out.

While the shift signals a much more inclusive approach to official tournaments -- creating something of a global league akin to many traditional sports -- the third parties running them will have to abide by Valve's rules to join the party, and thus relinquish some control to the company. For starters, there will be two calibers of events. "Minors" must have a minimum prize pool of $150,000, and "Majors" at least $500,000 -- Valve will bless these tournaments with its own contribution of those minimum values to top up the coffers. Each tournament will also have to include one qualifying team from every region: North America, South America, China, Europe, The Commonwealth of Independent States and Southeast Asia.

To avoid lag issues, each tournament must culminate in a LAN final, and perhaps where the long arm of GabeN is most apparent, Valve "will directly manage the schedule of Majors and Minors to help avoid collisions during the year." Almost all significant Dota 2 tournaments that run currently will be eligible for Minor or Major status, so Valve is introducing what it calls "Qualifying Points" (and we'll call QPs) to keep track of all the results. These will be based on the grade of tournament and the size of the prize pool, but will also scale the closer we get to next summer's International in a sort of crescendo of competition as teams scramble to qualify -- no more guaranteed invites next season, you see.

Interestingly, it's actually individual players that will accrue QPs, not teams. This should result in even more roster changes throughout the season, particularly as teams try to get themselves in the best qualifying shape ahead of The International. The points system won't stop new players from entering the fold, though, as only the QPs of the top three players on a team will matter. A new leaderboard will show how the standings change throughout the season, too. QPs will serve as a more official rating system among pro players. "Matchmaking ranking" (MMR) -- points players amass from winning public games -- is currently accepted as the primary skill indicator. But as one wise sensei once said, "MMR is just a number."

In this article: av, dota, dota2, esports, gaming, moba, steam, valve
All products recommended by Engadget are selected by our editorial team, independent of our parent company. Some of our stories include affiliate links. If you buy something through one of these links, we may earn an affiliate commission.