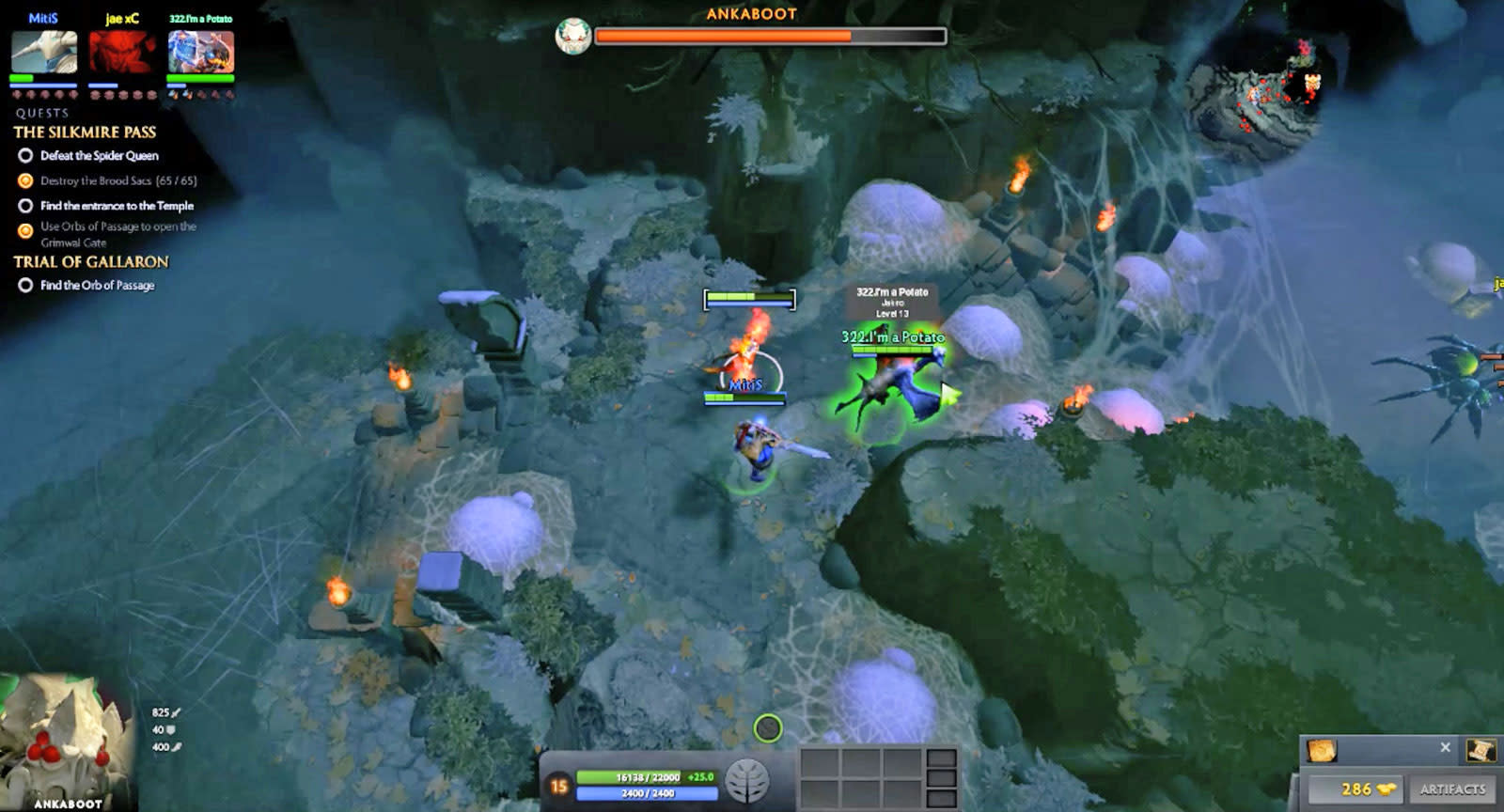 Dota 2 isn't just an ever-repeating, five-on-five race to destroy your enemy's base. Every so often, Valve adds temporary cooperative game modes to the MOBA that unite the toxic player base against an entirely different end goal. In the build-up to The International 7 -- a yearly tournament that's like the Wimbledon of Dota -- Valve has just released the most elaborate of these yet. It goes so far as to call "Siltbreaker: Act I" the first multiplayer Dota campaign, since it plays more like a quest-centric RPG than anything else. Unlike the core MOBA, though, it's not free-to-play.

To try out Siltbreaker -- both this first act and the second, which arrives next month -- you need the $10/£8 International Battle Pass. Valve puts out these "compendiums" several times a year ahead of major tournaments or competitive seasons. They unlock in-game rewards like the Siltbreaker campaign and players are tempted to level up their Battle Pass with their wallets or by completing challenges and achievements as part of the normal game. For your time and/or money, you win exclusive hero cosmetics, loading screens, audio modifiers and various other bonuses that are the Dota equivalent of crack.

What's particularly important about the International Battle Pass is that some of the proceeds are pumped straight into the prize pool for the upcoming championship. This funding tactic is why the annual Dota tournament consistently boasts the highest money pot in eSports. The International 7 kicks off in early August, and already the prize pool stands at over $14 million.

In this article: applenews, av, campaign, dota2, gaming, moba, rpg, siltbreaker, valve
All products recommended by Engadget are selected by our editorial team, independent of our parent company. Some of our stories include affiliate links. If you buy something through one of these links, we may earn an affiliate commission.