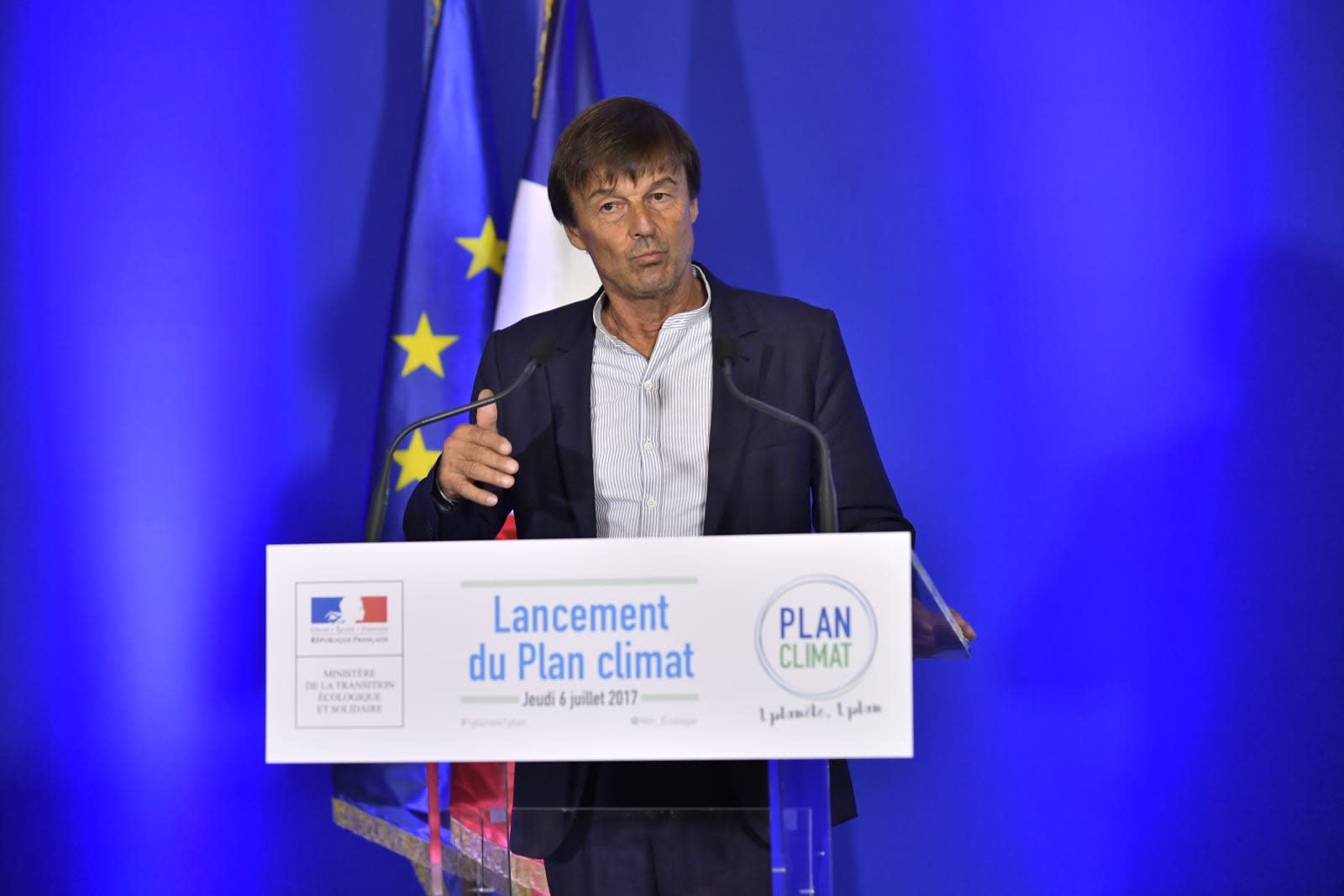 France's ecology minister has laid out an ambitious plan that would see the nation effectively ban the sale of fossil-fuel-powered vehicles by 2040. Nicolas Hulot, as quoted by the Financial Times, claims that France is announcing the "end of the sale of gasoline and diesel cars" by the deadline. As Le Figaro adds, it's not clear how the country will enforce the transition, but Hulot says that the "conditions are there."

France doesn't have a bottomless sovereign wealth fund like Norway, for example, that it can use to finance a transition to cleaner energy. But, what France does have in its favor is a sizable stake in both PSA, the owner of Peugeot and Citroen, and Renault. As a consequence, it can exert plenty of pressure on some of the world's largest auto manufacturers to help accelerate the process.

In addition, Hulot is planning some sort of financial incentive as a lever to push buyers toward hybrid or electric vehicles. That could take the form of an extra pollution tax on older vehicles, or a tax break (or other subsidy) to encourage the purchase of newer, cleaner cars. Although the details are still hazy,

France will also establish itself at the forefront of the fight against climate change by instituting a carbon tax, which would be upward of 100 euros per tonne of carbon. In addition, the country will stop issuing new licenses for oil exploration and make a bigger push for renewable energy. Right now, all of this is just a plan, but given that France's current government was given a huge mandate by voters, it's hard to see where any opposition would come from.

It's not the first piece of good news this week for folks who don't want the Earth to boil away in the next few years. Volvo has pledged to stop producing vehicles with entirely gasoline or diesel-powered motors by 2019. Instead, each new car, from that point, will be hybrid or entirely electric and, in addition, Volkswagen believes that it can sell three million EVs by 2025.

In this article: Cars, ClimateChange, Environment, France, gear, green, NicolasHulot, TL182040, tomorrow, transportation
All products recommended by Engadget are selected by our editorial team, independent of our parent company. Some of our stories include affiliate links. If you buy something through one of these links, we may earn an affiliate commission.