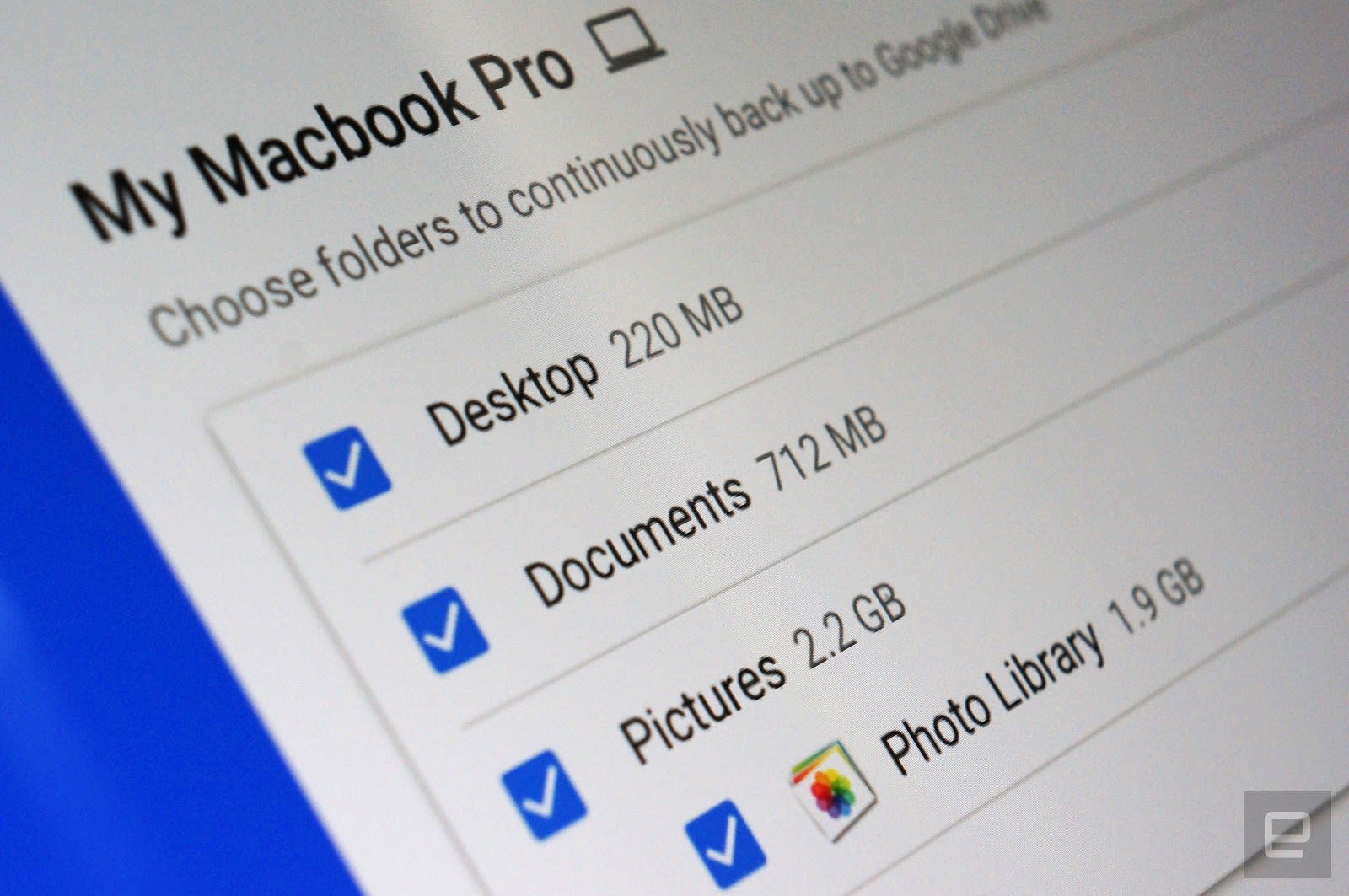 Google Drive just became more useful as a means of protecting those files you can't afford to lose. A few weeks later than promised, Google has released its Backup & Sync app for Macs and Windows PCs. As before, this is a simpler option for safeguarding your data in the cloud -- it merges the photo backup of the desktop Google Photos app with Drive functionality that lets you back up the folders of your choice. You don't have to wonder whether or not your pictures will survive a system crash as well as your must-have documents. The app is free, although you'll need a lot of Google Drive space if you're determined to upload more than a modest amount of content.

In this article: backup, backupandsync, drive, gear, google, googledrive, internet, mac, personal computing, personalcomputing, services, sync, windows
All products recommended by Engadget are selected by our editorial team, independent of our parent company. Some of our stories include affiliate links. If you buy something through one of these links, we may earn an affiliate commission.