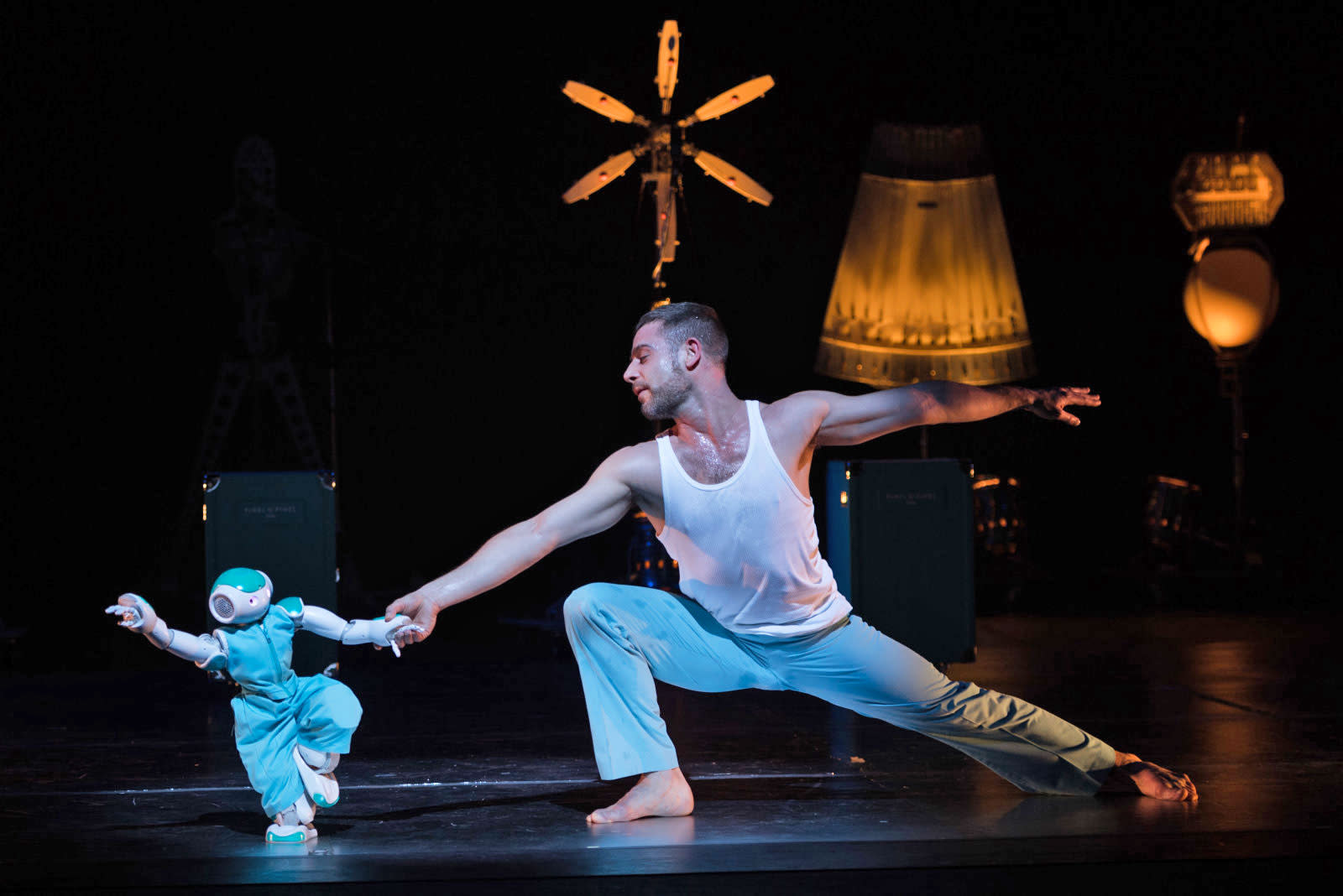 Elon Musk, Bill Gates and Stephen Hawking are deeply concerned about AI, but the tech and its ramifications are poorly understood by the public. That disconnect prompted Blanca Li and her dance company to create a choreography for eight dancers called Robot. Produced with Softbank's robotics division and Japanese artists Maywa Denki, it attempts to explore "the interactions between [humans and robots], in an absurd and poetic way."

While you may not recognize 53-year-old Spaniard Blanca Li, you've no doubt seen her work. She has collaborated with Paul and Stella McCartney, Coldplay, Michel Gondry and Daft Punk, having choreographed the latter's Around the World music video. In her early career, she was one of the first choreographers to work with hip hop music, put out a successful rap album with the pop group Xoxones and wore a leather Flamenco dress at a Paris cabaret as "Sara the MC."

Robot -- which debuted at the Festival Montpellier Danse in 2013, and has played ever since -- is loaded with technology. On top of the multiple robots, it features wearable tech, images projected onto dancers, and the "nonsense" musical device orchestra by Maywa Denki.

Many of the dancers (and even the NAO robots) sport Maywa Denki's signature powder blue coveralls. "The costume is designed as a typical working uniform of Japanese electric stores, symbolizing small/medium-sized enterprises that had once supported Japan's economy during its high-growth period," Maywa Denki's website explains.

At various points in the show, a robot transforms into a human via projection tech, a disembodied hand beats out a tune, and five NAO robots in blue overalls perform with five dancers in Lost in Space-style robot costumes. Perhaps in homage to Li's previous Paris job, a NAO robot in a sequinned suit and pink feather boa even belts out a Spanish torch tune in a cabaret.

Each mise-en-scene tries to pose larger questions: "Where are the borders between 'us' and 'them?' What kind of society will arise from it?" asks Blanca Li. "Can a machine, even an evolved one, replace relationships [with] the living? Will they be a reflection of what humanity unconsciously wants to represent?" If the highly original Robot is any indication, let's hope so.

In this article: AI, Arts, BarbicanCentre, BiancaLi, Dance, gear, robots, TheBigPicture, thenewbigpicture, video
All products recommended by Engadget are selected by our editorial team, independent of our parent company. Some of our stories include affiliate links. If you buy something through one of these links, we may earn an affiliate commission.