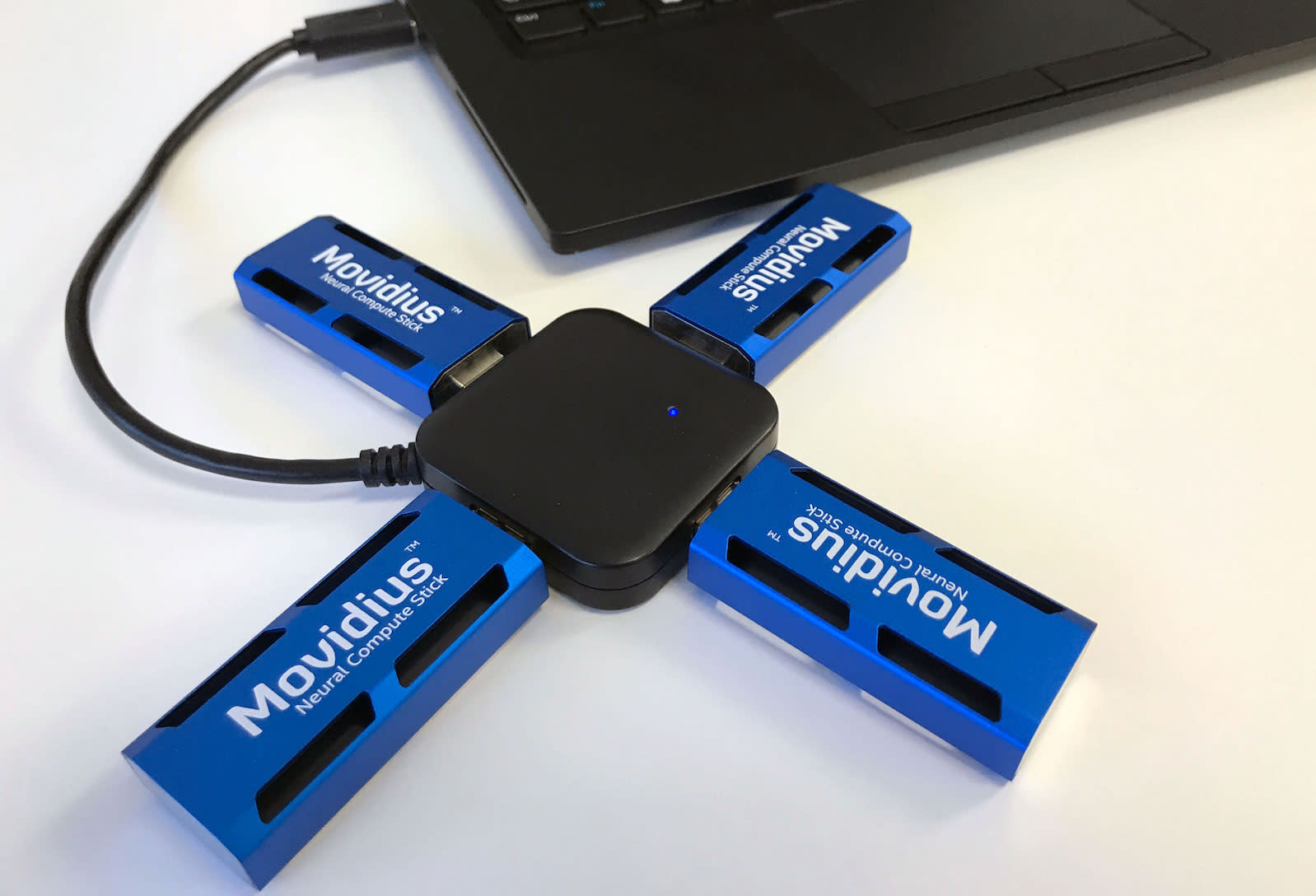 The Compute Stick contains a Myriad 2 Vision Processing Unit that uses only around one watt of power. And it's the same vision processing unit used by FLIR's thermal camera cores, DJI's Phantom 4 drone as well as security cameras and VR headsets. With the Compute Stick, you can convert a trained Caffe-based neural network to run on the Myriad 2, which can be done offline. Ultimately, the device will help bring added AI computing power right to a user's laptop without them having to tap into a cloud-based system. And for those wanting even more power than what a single Compute Stick can provide, multiple sticks can be used together for added boost.

"The Myriad 2 VPU housed inside the Movidius Neural Compute Stick provides powerful, yet efficient performance – more than 100 gigaflops of performance within a 1W power envelope – to run real-time deep neural networks directly from the device," said Movidius VP Remi El-Ouazzane, "This enables a wide range of AI applications to be deployed offline."

Intel says the the Movidius Neural Compute Stick is now available from select distributors for $79.

In this article: ai, deeplearning, djiphantom4, flir, gadgetry, gadgets, gear, intel, movidius, myriad2, services, video
All products recommended by Engadget are selected by our editorial team, independent of our parent company. Some of our stories include affiliate links. If you buy something through one of these links, we may earn an affiliate commission.