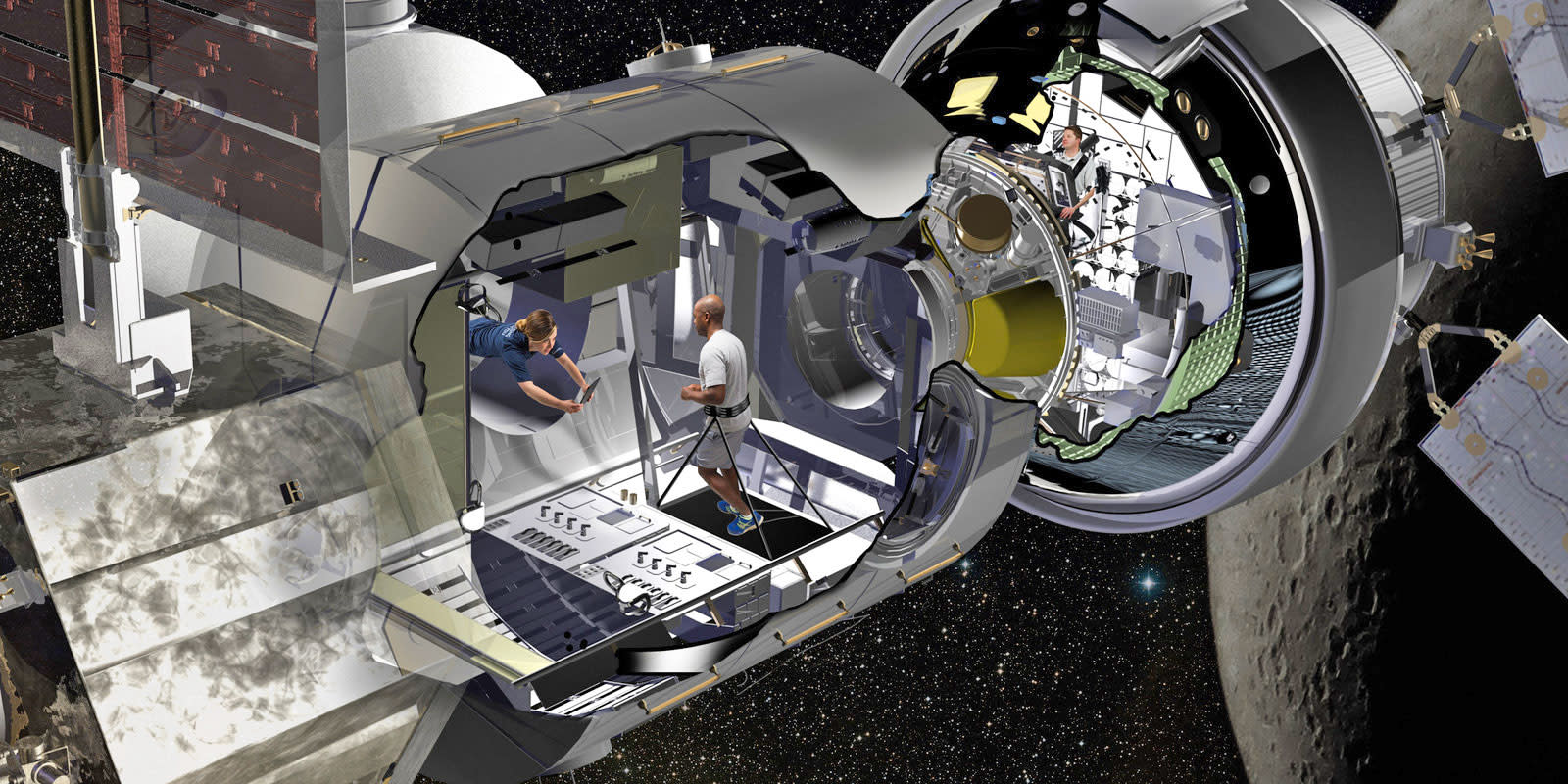 NASA has given Lockheed Martin the go-ahead to build a full-scale prototype of the deep space habitat it proposed for the NextSTEP program. That means in around 18 months' time, it might start testing new space travel technologies for the agency. No, not in orbit, but right inside a facility at NASA's Kennedy Space Center. To meet the agency's affordability goals, the aerospace corporation won't be building the habitat from scratch -- instead, it will refurbish an old container space shuttles used to transfer cargo to the ISS. Plus, it will rely on a mixture of virtual and augmented reality to design the prototype.

NASA launched the NextSTEP program in 2016 in an effort to develop a suitable habitat for astronauts traveling farther than low-Earth orbit. The idea is to create a vehicle with living quarters that can also carry enough supplies to support spacefarers' journey that could last months, or even years. Since it could be used as a homebase for astronauts visiting cislunar orbit, as well, it must be able to fly on its own and be rugged enough to survive if there's nobody onboard. NASA's Orion spacecraft will transform it into livable environment when docked.

"It is easy to take things for granted when you are living at home, but the recently selected astronauts will face unique challenges. Something as simple as calling your family is completely different when you are outside of low Earth orbit. While building this habitat, we have to operate in a different mindset that's more akin to long trips to Mars to ensure we keep them safe, healthy and productive."

Lockheed Martin isn't the only company that's building a NextSTEP prototype for NASA. In June, the agency also signed a Phase II contract with NanoRacks, which plans to turn the upper stages of a rocket into a deep space habitat.

In this article: deepspacehabitat, iss, lockheedmartin, nextstep, prototype, space, TL19HABI, tomorrow
All products recommended by Engadget are selected by our editorial team, independent of our parent company. Some of our stories include affiliate links. If you buy something through one of these links, we may earn an affiliate commission.